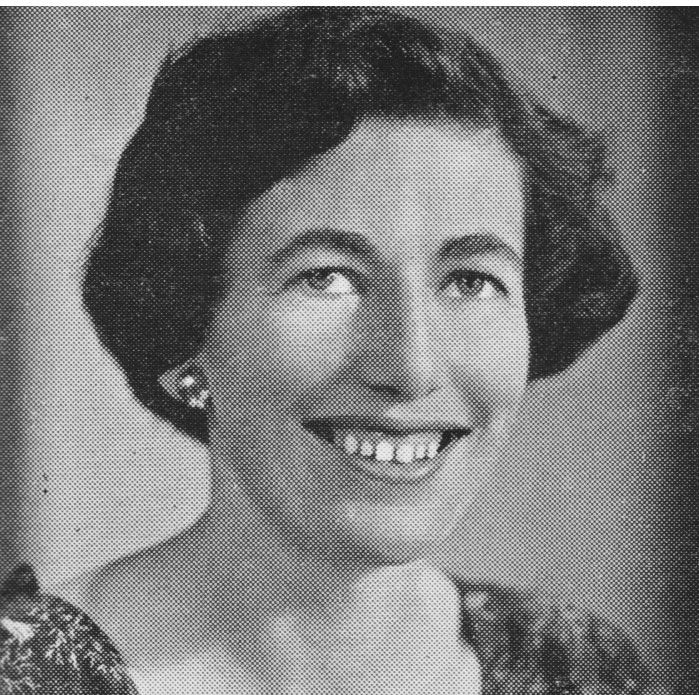 It began when I started searching “Rachel Rabinowitz” on Google.

My aunt Rachel Rabinowitz had been a concert pianist in South Africa from the 1950s onwards.

‘Three Inventions’ by composer Stefans Grové (pictured above), in a performance by pianist Rachel Rabinowitz. The work has three sections: Tokkate; Pastorale; Fuga. Other works by Stefans Grové have been recorded and are available for purchase at the below links:

Here is the recording

I  had never come across any vinyl recordings of Rachel’s playing, let alone anything on the web!

I wrote to noochinator who had posted this recording on YouTube.

This is what he said:
I got the recording from a South African LP issued in the 1960s. I don’t own the LP, so I don’t have any more information on it. I have no other recordings of the pianist. You could check at the IPAM, it’s a piano archives at the U. of Maryland.

I found the album cover at

Thanks to Donald Manildi, curator of IPAM and Maxwell Brown,  Project Manager.

Here is the album cover: 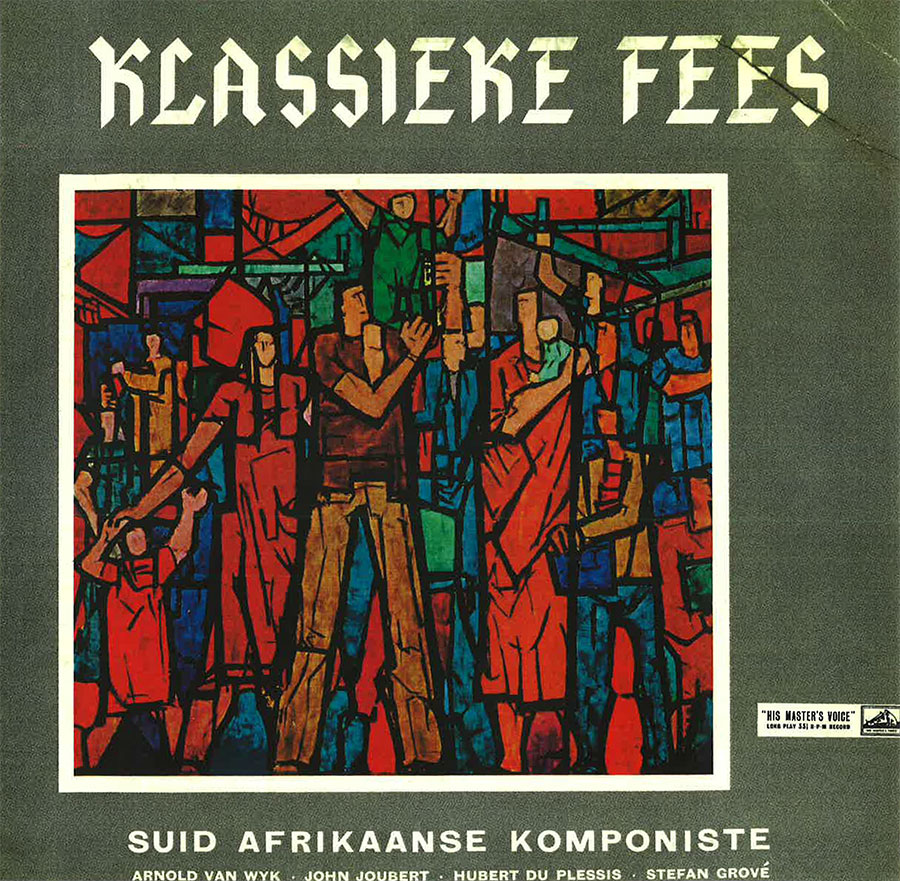 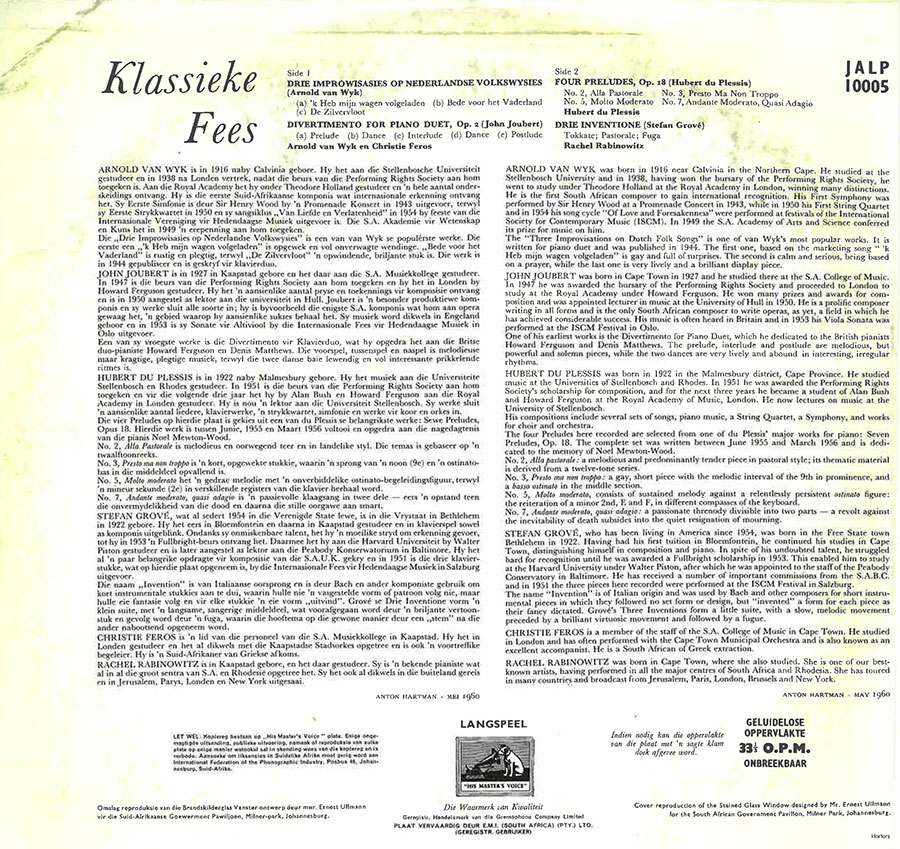 I then asked the classical music reviewer for the West Australian Newspaper, Neville Cohn, an old friend of the family,   if he would review the recording for me.

Rachel Rabinowitz was at the forefront of those musicians who worked tirelessly to bring music by South African composers to a wide audience both in South Africa and abroad. In those mid-20th century days, there was too often an indifference to new music written by compatriots and it says a very great deal for Rachel and her fellow musicians in this arts arena. This recording of three pieces by Stefans Grove is a model of its kind, thoroughly worthwhile music that could so easily have slipped into oblivion without the pioneering attitude of these artists. In these pieces, we can hear the quality of Rachel’s artistry: impeccable memory, wondrous clarity of presentation and a faultless sense of style.

During my years as, firstly, official accompanist to the SABC and, later, music producer, I was present at just about every recording session by Rachel of programs intended for later broadcast. I noticed then a quality which placed her in a unique category. She would invariably play her recitals entirely from memory. I recall an occasion when she’d been contracted to record a particularly complex and demanding score. But although I suggested it might be less taxing to use the score during the recording session, she insisted, as ever, on committing the work to memory – and performed it faultlessly.
Rachel and my teacher Anne Sher (who was also my aunt) had been fellow students at the College of Music. They would occasionally play piano duets which, as a child, I found a delightful entertainment.
Rachel’s brother Leib and his family, lived across the road from us. Very occasionally, Leib would play the violin for us. I also recall vividly meeting, and listening for the first time to, Leib’s brother Harry. On this particular occasion, Leib had set up a tape recorder to record Harry’s singing. In those days, this was a VERY rare experience – and I listened in awe not only to Harry’s fine voice but the recording of it when played back. I would have had no idea then of how much recording of music would figure in my life during innumerable pre-recorded performances at the SABC studios in Sea Point years later. I’m also old enough to recall playing in a ‘live’ broadcast – in the Young South Africa series (I was 12 years old at the time) – in the original SABC premises squashed between the Del Monico restaurant and the old Royal cinema.
Neville Cohn
Some additional notes from Neville Cohn:
I could write a book about your family as neighbours.
Your uncle Leib had a movie projector and a number of movies from the silent era. We would watch them again and again and again – never got tired of them. We used to invent what we thought they were saying amid gales of laughter. Such delightful, innocent fun – now a vanished world.
Leib lived across the road from us – and I recall a session there with your Dad singing into a very early tape machine which was followed by you singing Tzena Tzena! very loudly. How’s that for a recollection? This might have been in the early 1950s,. 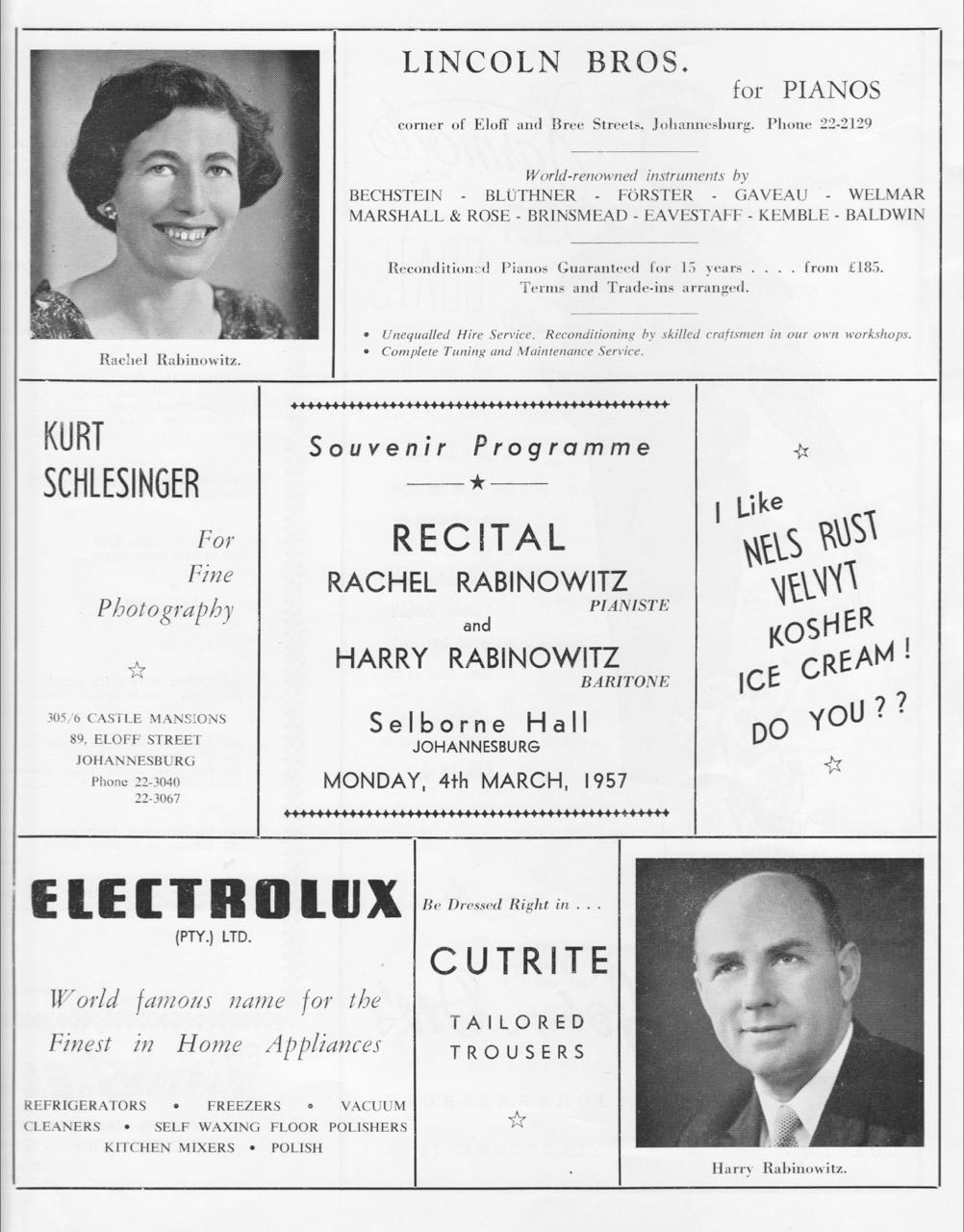 The Rabinowitzs were a musical family:

My zaida was a chazan, as were two of his three sons, Leib and Harry, my dad.

Isaac was a medical doctor.

The sisters Rachel and Sarah were both pianists – Rachel a concert pianist and Sarah a music and piano teacher. 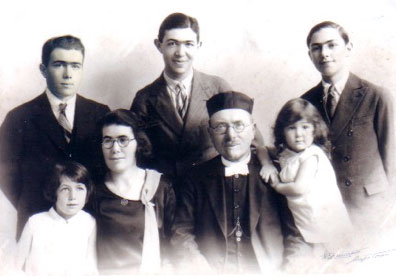 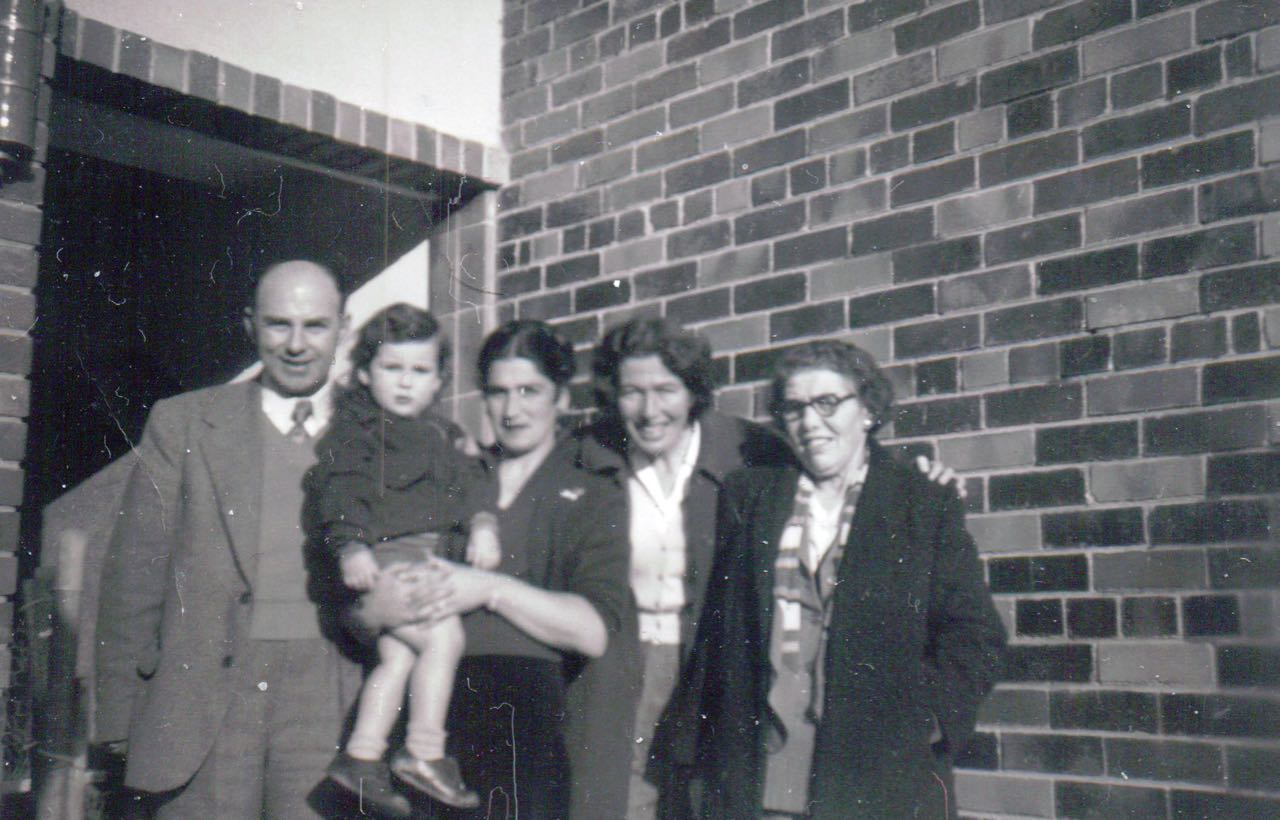 My dad Harry, me, my mother Rachel, my aunt Rachel and my bobba, Chana Chesha Miriam.

Here are a couple of pieces Rachel played when we visited her long after she retired.

My brother Michael also joined in

She remembers Neville Cohn in this short clip: