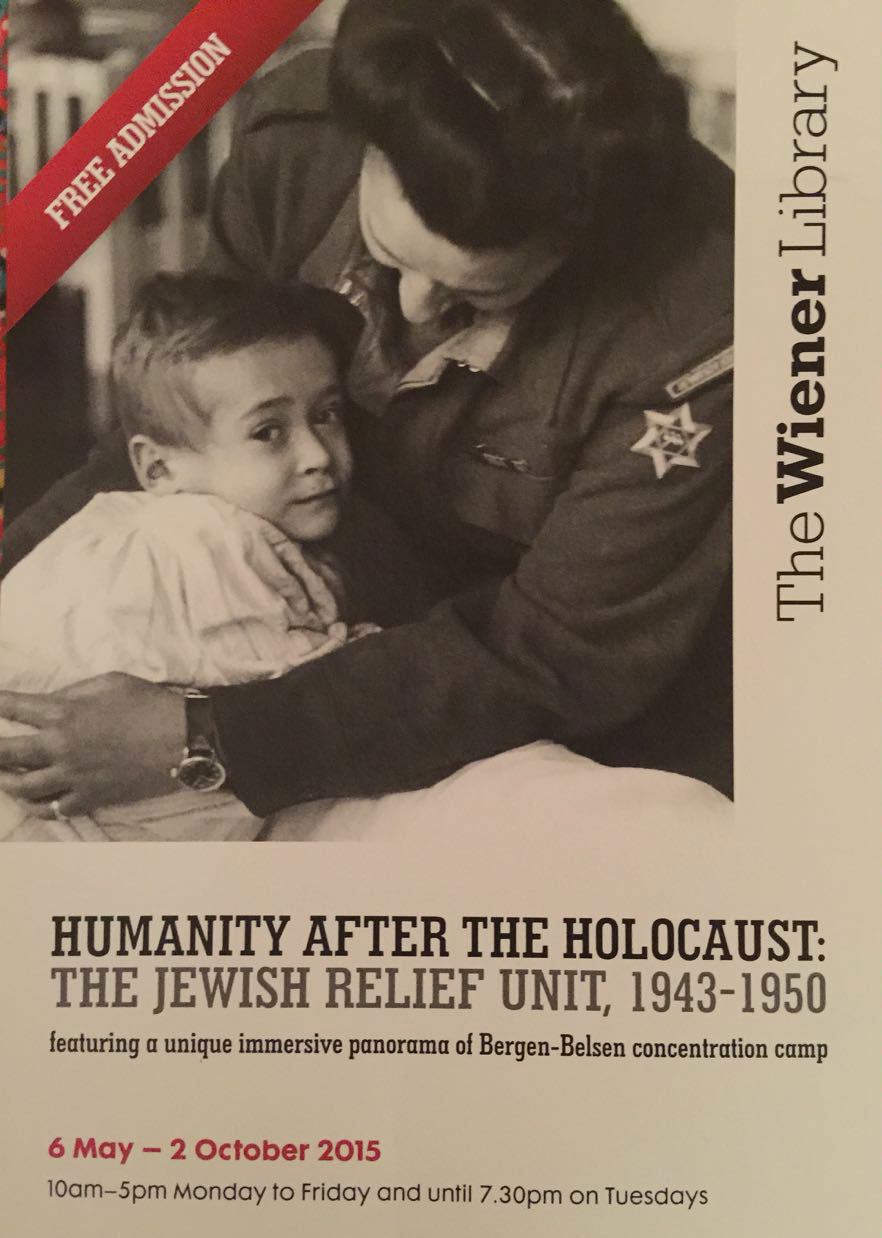 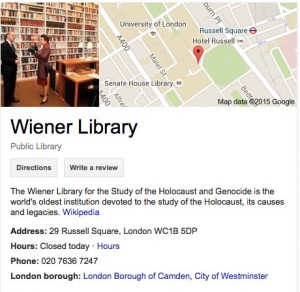 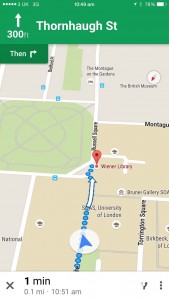 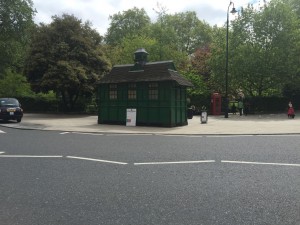 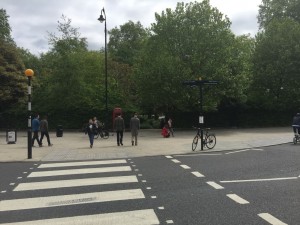 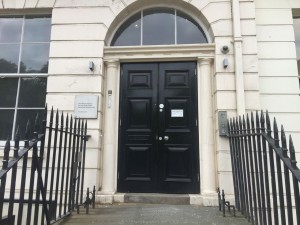 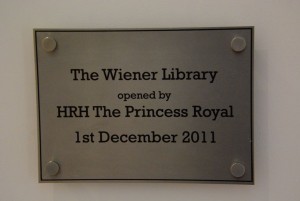 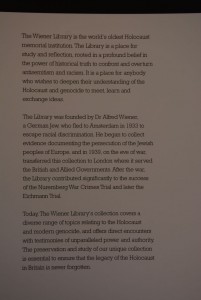 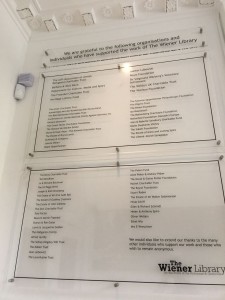 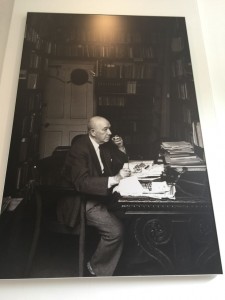 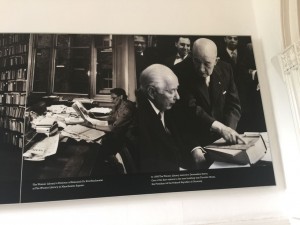 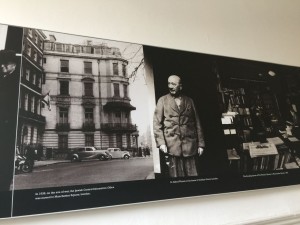 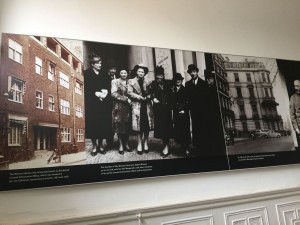 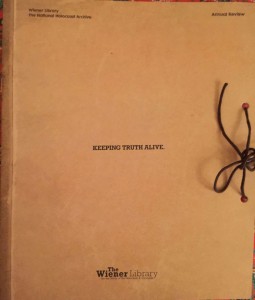 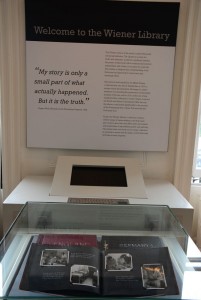 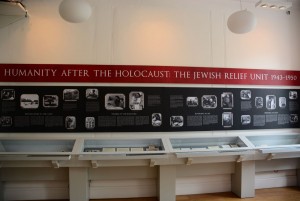 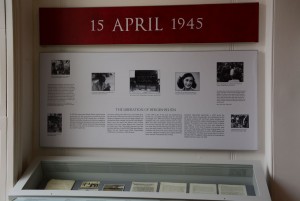 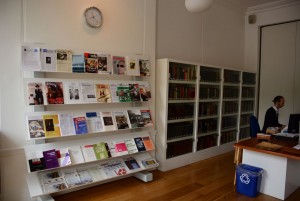 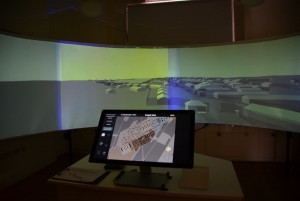 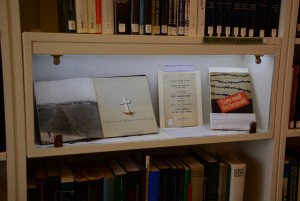 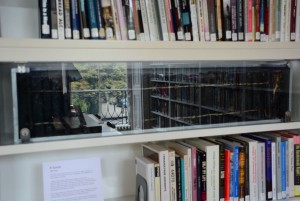 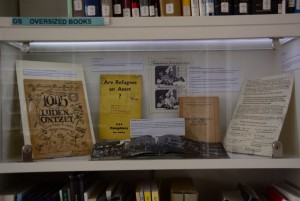 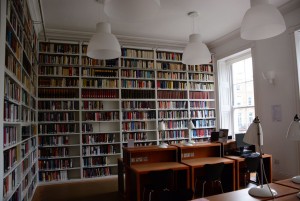 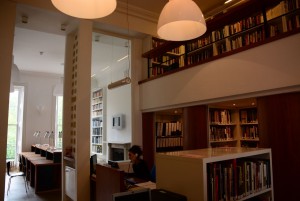 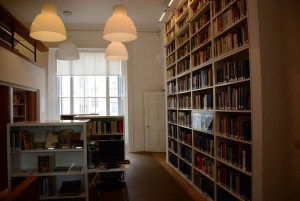 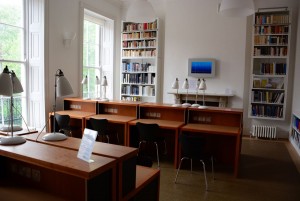 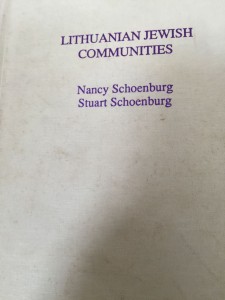 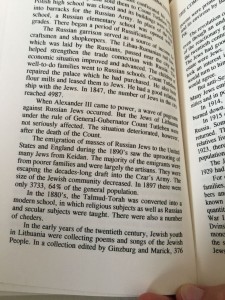 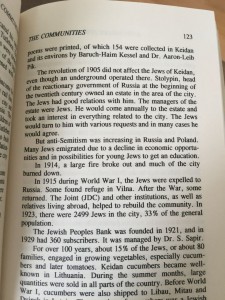 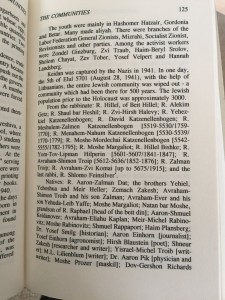 Alfred Wiener, a German Jew who worked for the Centralverein deutscher Staatsbürger jüdischen Glaubens (Central Association of German Citizens of Jewish Faith), a Jewish civil rights group, spent years documenting the rise of antisemitism. He collected books, photographs, letters, magazines and other materials, including school primers and children’s games,[3] recording the spread of Nazi propaganda and its racist doctrines.[4]

In 1933, Wiener fled Germany for Amsterdam and then settled in Britain. The collection opened in London on 1 September 1939, the day of the Nazi invasion of Poland. It was known as the Jewish Central Information Office and functioned as a private intelligence service. Wiener was paid by the British government to keep Britain informed of developments in Germany.[5]

After the end of World War II, the library used its extensive collections on National Socialism and the Third Reich to provide material to the United Nations War Crimes Commission and bringing war criminals to justice.

The Library’s most successful publishing venture was the production of a bi-monthly bulletin commencing in November 1946 (and which continued until 1983). Another important task during the 1950s and 1960s was the gathering of eyewitness accounts, a resource that was to become a unique and important part of the Library’s collection. The accounts were collected systematically by a team of interviewers. In 1964, the Institute of Contemporary History was established and took up the neglected field of modern European history within The Wiener Library.

During a funding crisis in 1974 it was decided to move a part of the collection to Tel Aviv. In the course of the preparations for this move, a large part of the collections was microfilmed for conservation purposes. The plans to move the library were abandoned in 1980 after the transports had already begun, resulting in a separate Wiener Library within the library of the University of Tel Aviv that consisted of the majority of the book stock, while The Wiener Library in London retained the microfilmed copies.

Today The Wiener Library is a research library dedicated to studying the Holocaust, comparative genocide studies, Nazi Germany, and German Jewry, and documenting Antisemitism and Neonazism. It is a registered charity under English law.[6]

The Library also hosts The Fraenkel Prize. This prize, sponsored by Ernst Fraenkel (former Chairman and one of the Library’s Presidents) is for “outstanding work of twentieth-century history in one of The Wiener Library’s fields of interest”. These areas of interest include the following: “The History of Europe, Jewish History, The Two World Wars, Antisemitism, Comparative Genocide, Political Extremism”.[7]