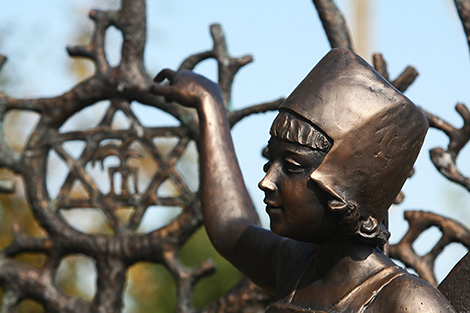 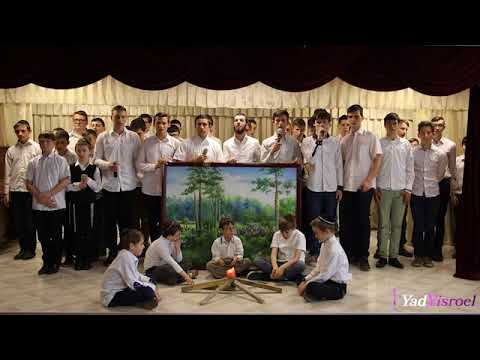 A Project For Your School We are seeking students who will recite or sing the Partisans’ Song in their home tongue, or in a language they have learnt. Please make a video, which can be as cre…

The Meaning And Significance Of The Partisans’ Song

The Meaning And Significance Of The Partisans’ Song 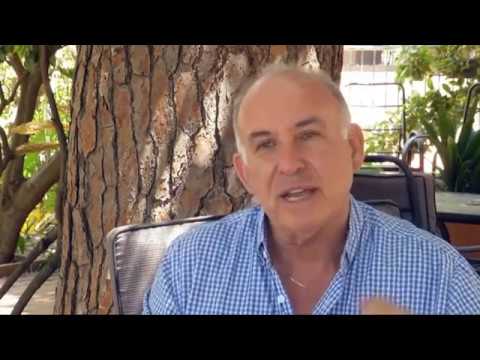 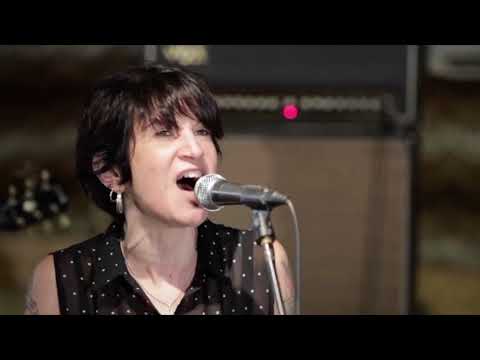 The Partisans’ Song On Simcha TV

The Partisans’ Song On Simcha TV

‘Never say you have reached the end of the road – WE ARE HERE!’

‘Never say you have reached the end of the road – WE ARE HERE!’

The imortal words of the poem written in Vilna by Hirsh Glik in 1943 continue to inspire as sung by young people worldwide today who identify with its message of hope.

The Partisans’ Song – Triumph Over Adversity

The Partisans’ Song – Triumph Over Adversity Yom Hashoah will be commemorated on 11/12 April at which the Partisan Song, Zog Nit Keynmol will be sung in Yiddish at ceremonies held around the world.

Yom Hashoah 2018 – A video for your community

In the lead up to the UN Holocaust Remembrance Day on 27 January, here is  a series of recordings of The Partisan Song, Zog Nit Keynmol, sung and recited by ORT schools 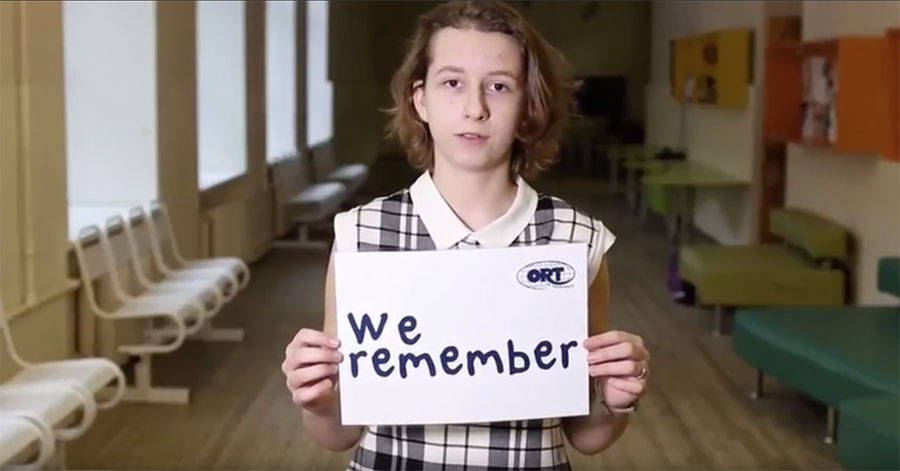 Maryusya Zarembo, an 8th grade student at ORT de Gunzburg School #550, is in awe of Hirsh Glick’s defiantly optimistic lyrics to Zog Nit Keynmol, the anthem of the Jewish partisans.

“This is the first time I’ve read or heard the poetry of someone from that time. It’s hard for me to imagine how he could have found the time or energy to be creative in those circumstances, but he did. And his verses are very powerful and life-affirming,” Maryusya said.

World ORT supports an initiative by Eli Rabinowitz to promote Zog nit Keynmol to new generations. Learning the lyrics, Maryusya said, had made her think about the Holocaust and its lessons for humanity.

“We have to learn that a person must not be humiliated or destroyed because of their ethnicity, faith or politics,” she said. “We can’t expect everyone to be a saint but the more we protect each other, the more tolerant we are, the stronger humanity will become. The alternative is extinction.” 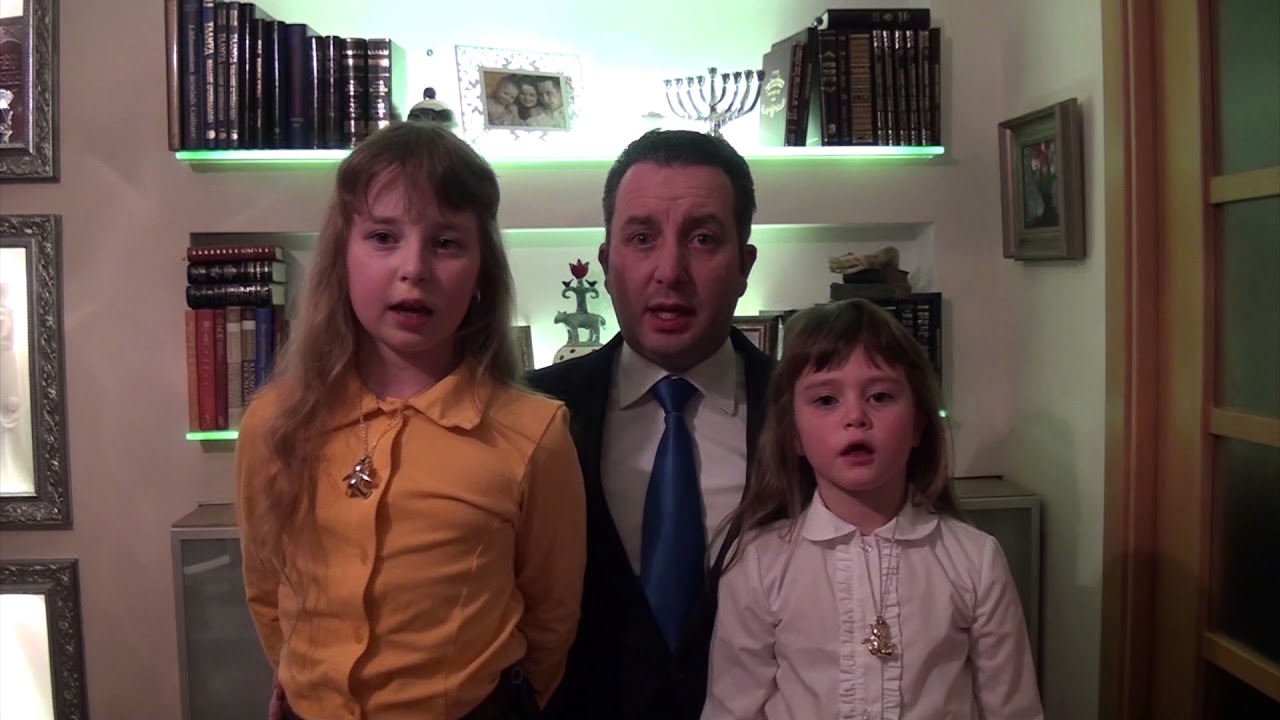 THE TRANSLATION OF YIDDISH Introduction IN THE VIDEO:

Naomi: We are the Gurevich family from Vilnius, the Jerusalem of Lithuania.
Avital: My name is Avital. Here is my sister Naomi and our father Simon.
Naomi: Yiddish is a language that we speak at home and we love to sing songs in Yiddish.
Avital: One of the nicest songs is the song of the Jewish partizans – “Zog Nit Keynmol …… Mir zeyen do” –  Never Say …… We Are Here!
Simon : I am very proud that with my wonderful kids, I have an opportunity to read and sing the words of Hirsh Glick, once sung by our grandparents.

Children at the ORT Tekhiya School in Moscow (Центр Образования 1311 Тхия) recite the words of Zog Nit Keynmol, the famous anthem of the Jewish partisans. As part of World ORT‘s attempts to introduce the song to new generations, students at ORT schools around the world are this year exploring it as poetry. Here, students recite verses in Yiddish, Hebrew, English and Russian. #WeRemember
To learn more about Zog nit Keynmol, visit World ORT’s Music and the Holocaust website (http://holocaustmusic.ort.org/). 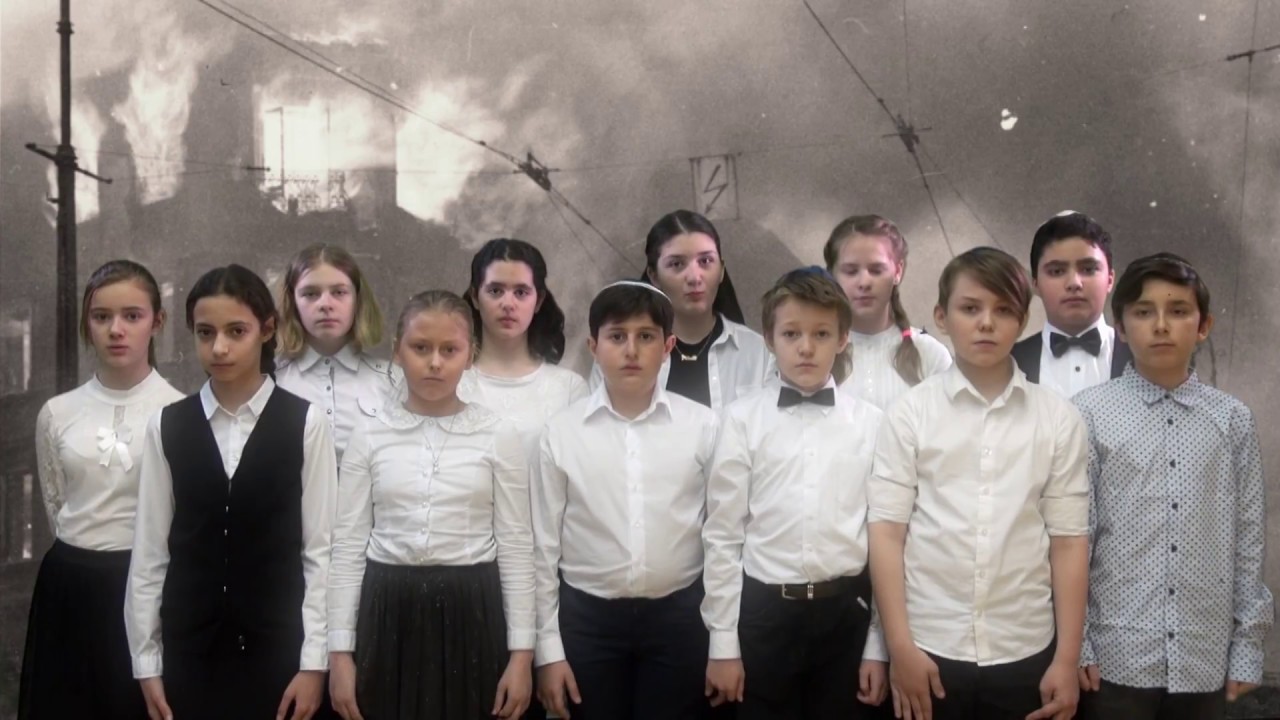 The traditional Holocaust Anthem is the Yiddish song Zog nit kan mol – Never say this is the end, also known as “The Partisan’s Song,,” written in 1943 by Vilna poet Hirsh Glik to a melody composed by the Soviet-Jew Dimitri Pokrass. The song’s powerful lyrics and rhythm raised the morale of fighters against the Nazis. World ORT is aiding in a campaign to introduce it to schoolchildren so that the next generation remembers it as well.

“Don’t Give Up Hope is an inspiring project which encourages students around the world to learn and sing Glik’s anthem” says HET’s Martin Winstone.

The thundering, defiant optimism of Zog nit Keynmol, “The Partisans’ Song”, raised the morale of fighters against the Nazis but it can also be an inspiration to new generations – if they know about it. To ensure that this magnificent song and its stirring message is not lost, World ORT is supporting Eli Rabinowitz in his passionate campaign to introduce it to schoolchildren around the world.

(Eli is on the far left of the picture with Stefan Bialoguski, Sadler Johnson, Cecile Dhour, Shoshana Kandel, and Daniel Tysman.)

The power of words — keeping The Partisan Song alive – Cape Jewish Chronicle
Just as Chief Rabbi Warren Goldstein has taken the local Shabbos Project idea to a global level, my vision for this project is to spread it throughout…
CJC.ORG.ZA

Please watch this short video and join an inspiring project:

With each Yom HaShoah the number of Survivors dwindles making the challenge of engaging new generations more difficult and more urgent. But Australian film maker Eli Rabinowitz has found a way – and it’s inspired ORT students across the Former Soviet Union.

Eli has started an international push to popularise the partisan song Zog Nit Keynmol by linking ORT and non-ORT schools in an online programme to not only learn its Yiddish – or Hebrew – words but also to delve into its meaning and historical significance and to share what they learn.

The result has moved groups of students at World ORT schools in Kiev, Odessa, Kishinev, Vilnius, Chernivtsi, Tallinn, Moscow, Kazan, Samara and Mexico to prepare videos for Yom HaShoah singing the anthem written by the Vilna poet Hirsh Glik to a melody by the Soviet-Jewish composer Dimitri Pokrass.

“This is a powerful statement and shows that we can link the generations this way,” South Africa-born Eli said. “How many Survivors will be with us next year? Let’s honour them and their legacy. Yom HaShoah is such a significant day for them and for our youth – for all of us! We are all survivors!” 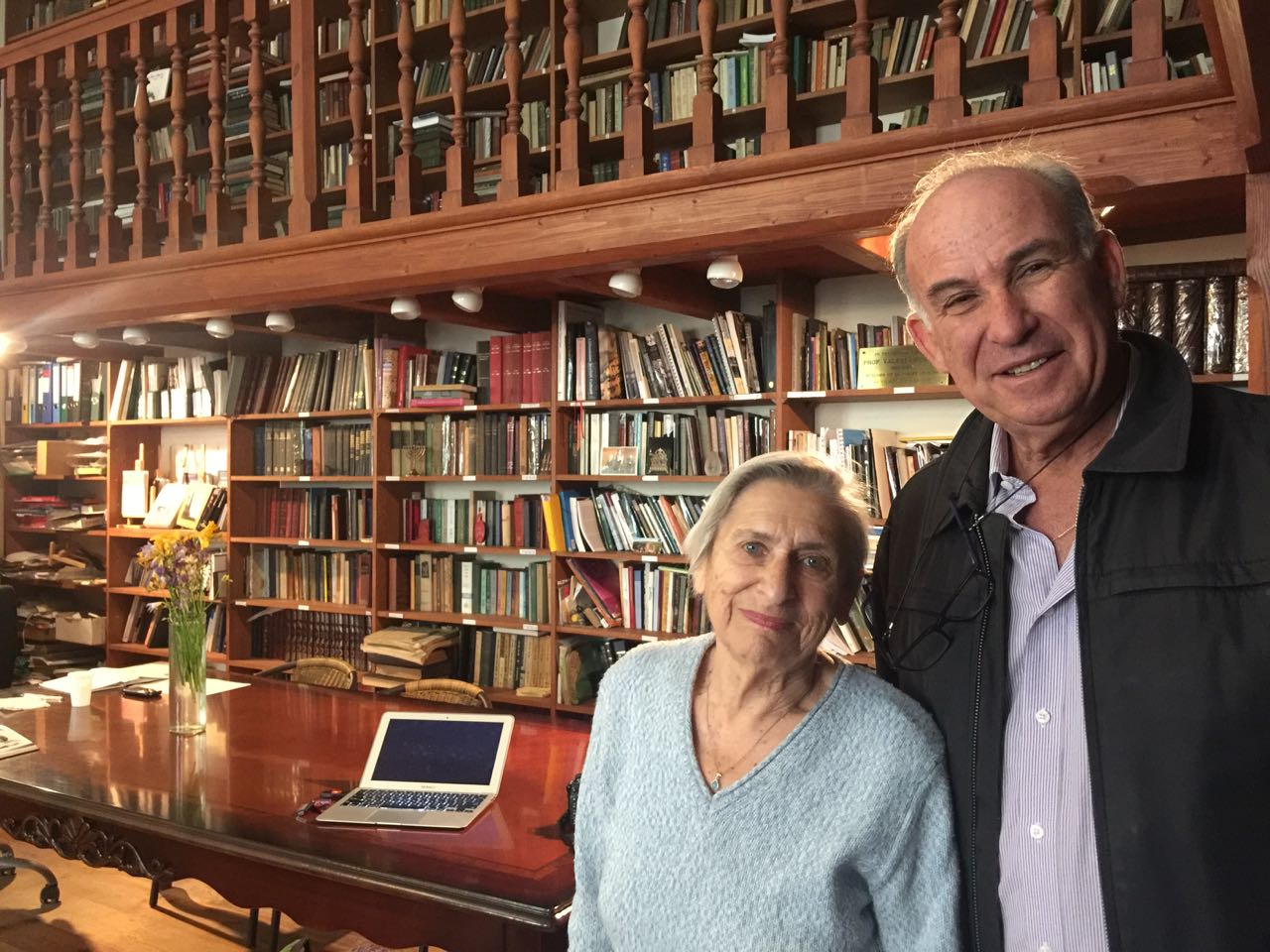 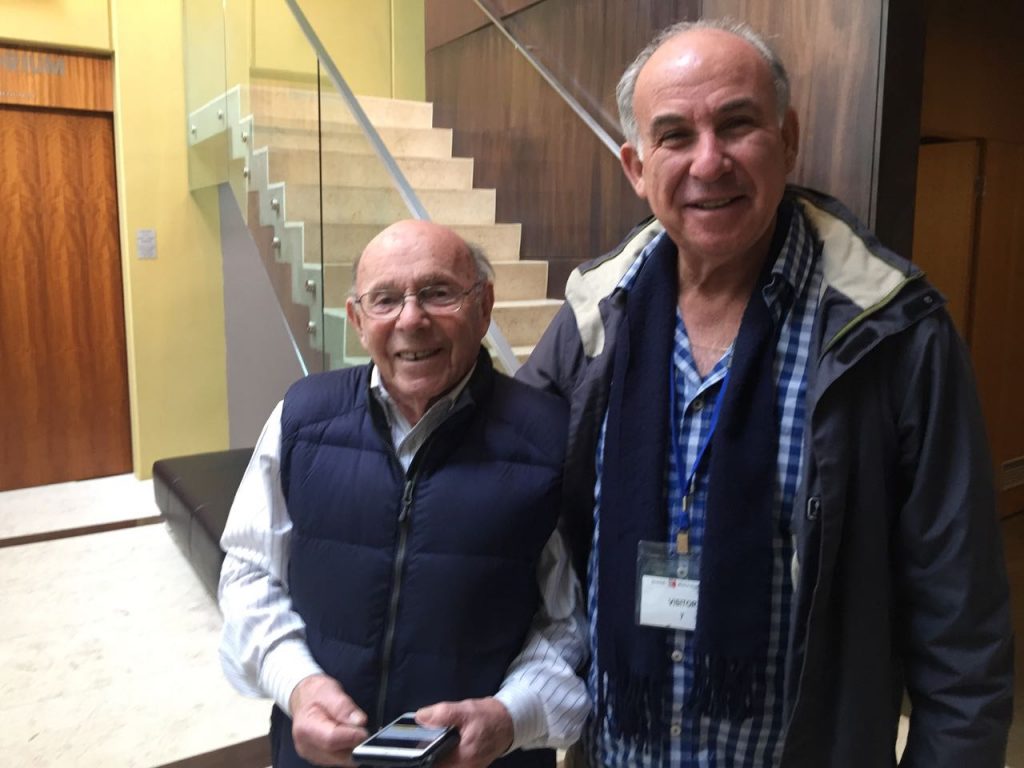 This 4 minute interview with Phillip Maisel below highlights the importance of the Partisan Song, and the role of our youth in keeping alive the legacy of Hirsh Glik’s poem of hope!

Phillip, 95, was a friend of  Hirsh Glik, and one of the first to hear this poem recited in the Vilna Gheto in 1943

With words by Hirsh Glik and music by Dmitri and Daniel Pokrass, “Zog Nit Keynmol” became the anthem of the Jewish underground resistance movement in World War II. Hirsh Glik’s lyrics were combined with a march melody from the 1938 Soviet film Son of the Working People to create the inspiring song “Zog Nit Keynmol.” Following the end of World War II “Zog Nit Keynmol” has frequently been sung at Holocaust commemorations worldwide, particularly on Yom Hashoah.

The words to “Zog Nit Keynmol” reflect the author’s strong belief in Jewish armed resistance to Nazi oppression. Like many other partisan songs, “Zog Nit Keynmol” served to reinforce Jewish identity and maintain camaraderie in an environment where heroism was required and death was commonplace. Refusing to admit defeat or accept the possibility that Jewish life in Europe was doomed, the song’s lyrics are defiant and optimistic.

Knowing that Jewish communities in Eastern Europe were being destroyed all around them, Jewish partisans employed armed resistance to oppose Nazism. Glik’s lyrics to “Zog Nit Keynmol” helped to sustain the partisans as they risked their lives while forging another link in the long tradition of Jewish poetry dedicated to maintaining unity against hostile outside forces.

With teachers and students at Solomo Aleichemo ORT school, Vilnius 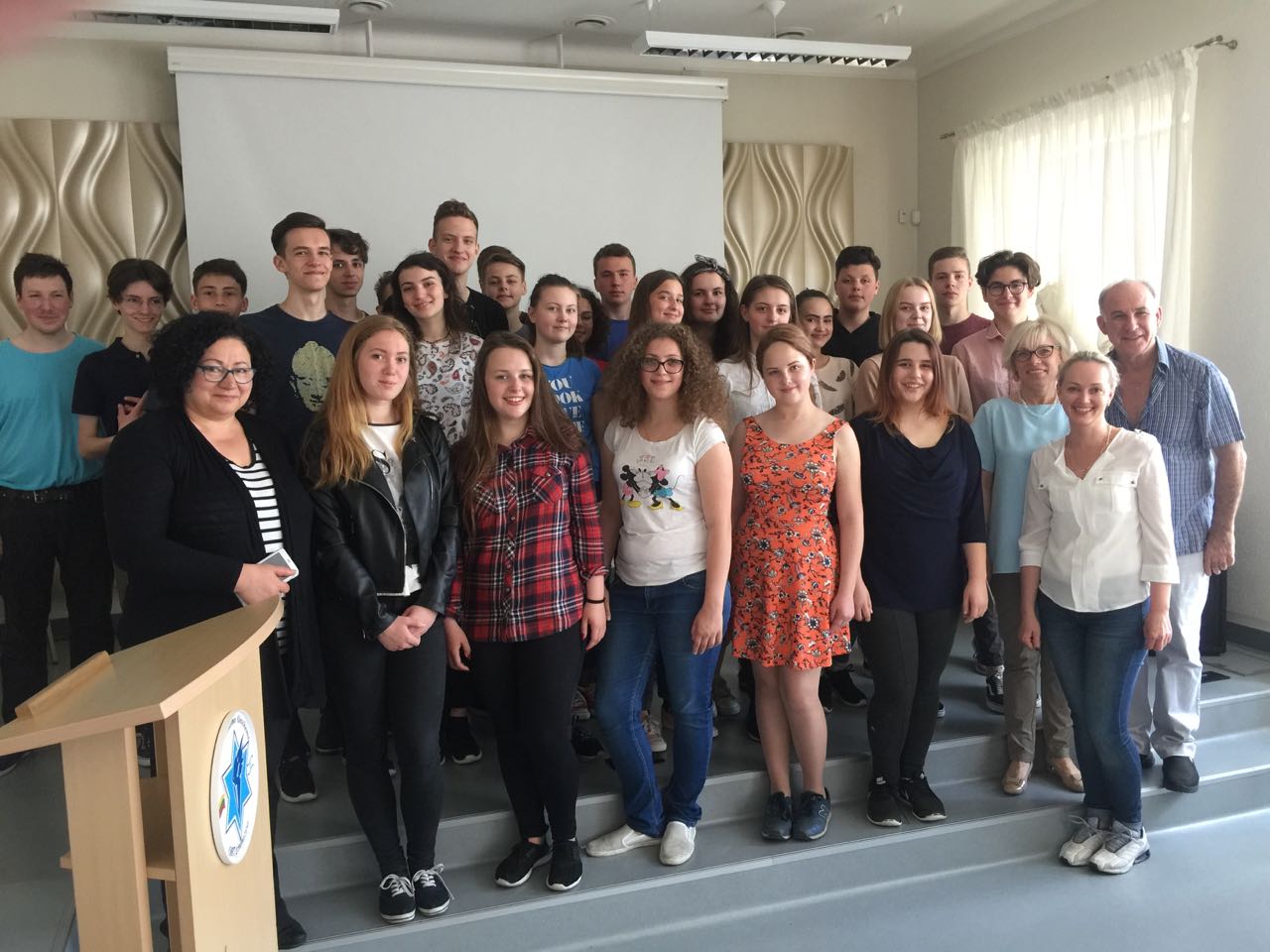 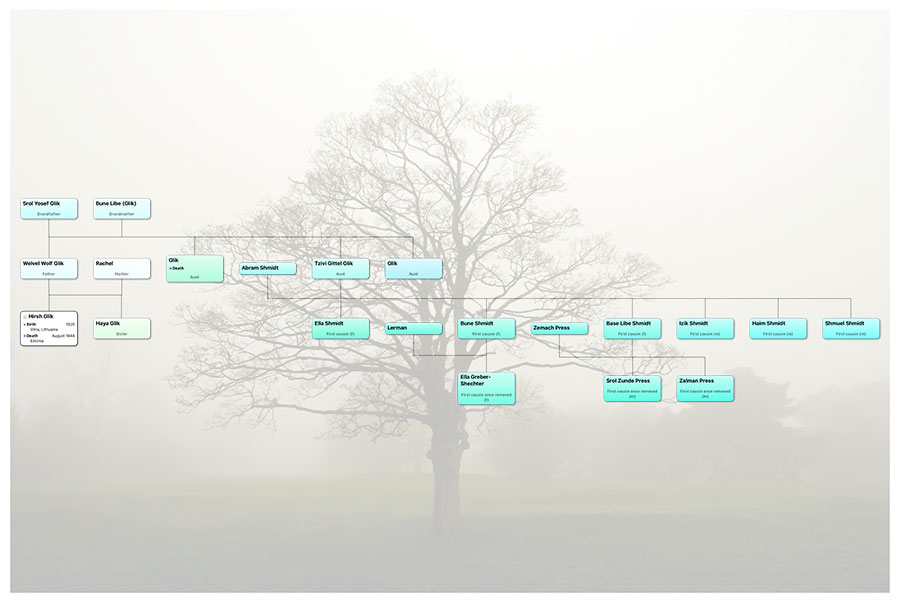 The Holocaust and the United Nations Outreach Programme

The Holocaust and the United Nations Outreach Programme

Don’t Give Up Hope Project

An update for Holocaust Memorial Day

A  lesson plan for teachers and learners

How the project started & developed. This includes the original presentations.

of my latest presentation

How it can be recited as a poem. Examples.

How the music was matched to the words

The Partisan Poem  in 104 languages.

The collection of the project videos

Phillip was a friend of Hirsh in the ghetto. He has a remarkable account to tell.

Song Heard Around The World by Yuri Suhl

1953 article I found in the Dorot Library, NYPL

1972 booklet I found in the British Library

The Song – Made in Vilna

How is still being sung in Vilnius today

How the project has been reported around the world

A collection of videos

How Rachel matched the music to the words

A tribute to a member of the Bielski Partisans

Different versions of the song

The famous recording of Paul Robeson and others

Physical memorials to the song

More information on the partisans

Photos from my visit to the British Library 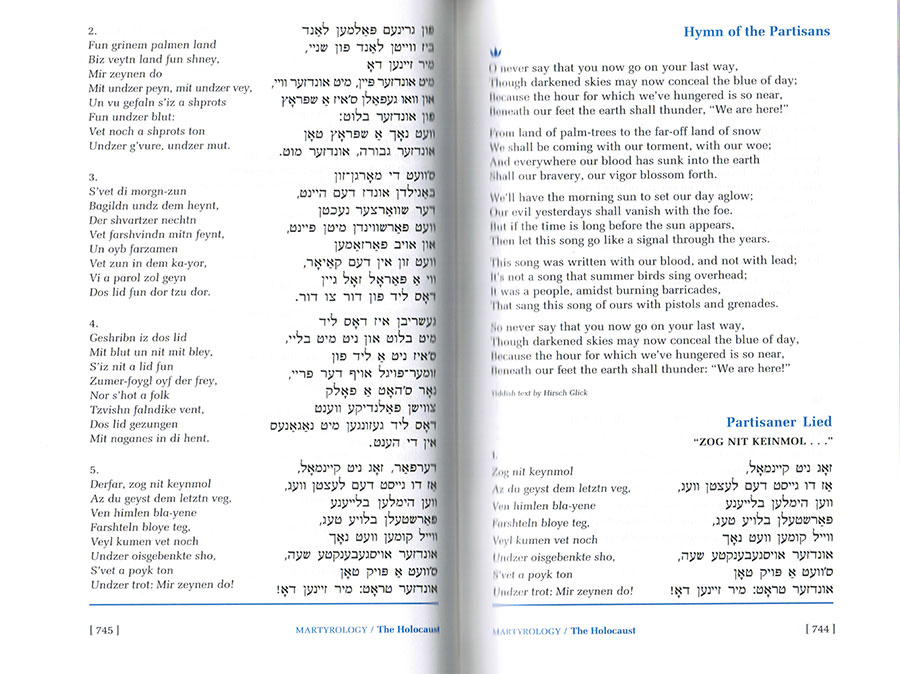 Workshop at the Holocaust Centre. Johannesburg 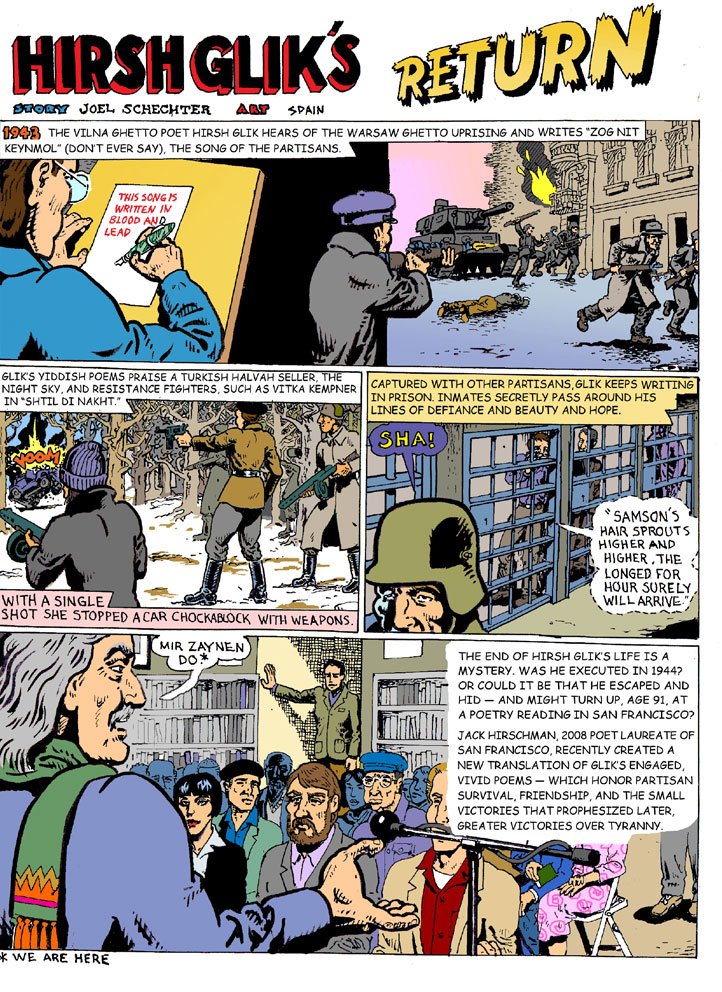 Reprinted from Radical Yiddish with permission of Joel Schechter.

When Yiddish Came to North Korea

When Yiddish Came to North Korea 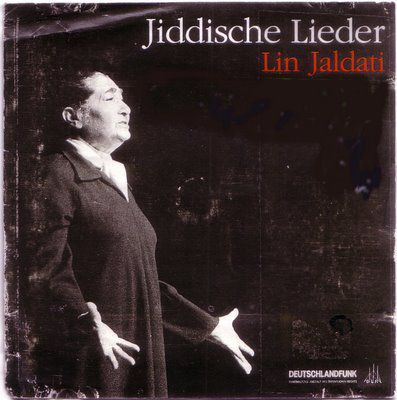 On September 4, 1965, Lin Jaldati stepped onto a stage in Pyongyang, North Korea and quite possibly became the first person in Communist North Korea to sing in Yiddish. As I will discuss in a July 13 talk at the Yiddish Book Center’s Paper Bridge Summer Arts Festival in Amherst, Mass., Jaldati and her husband, Eberhard Rebling, became the voices of leftist Yiddish culture throughout the Communist world at the height of the Cold War.