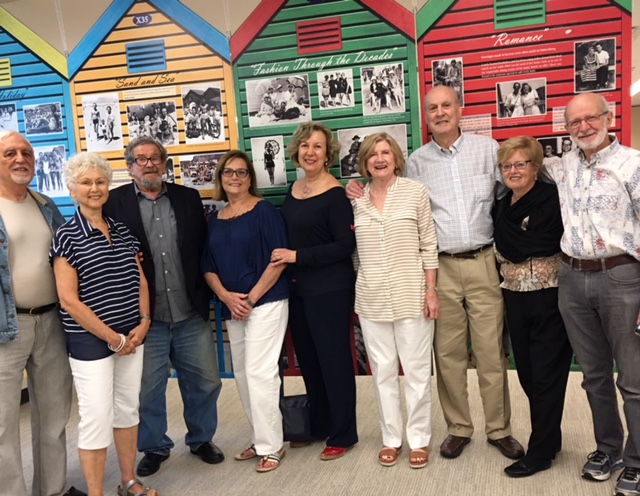 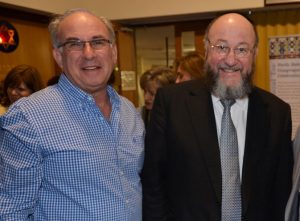 At the Perth Hebrew Congregation, Australia

Rabbi Ephraim Mirvis, Chief Rabbi of the United Hebrew Congregations of the Commonwealth, has visited CHABAD WA on his first tour of Australia and NZ.

He was welcomed into a shul community made up of over more than 95% ex pat South Africans and felt immediately at home.

Rabbi White introduced Chief Rabbi Mirvis, who responded with a his address.

See the video.  It will be particularly appreciated by all South Africans and ex pats.

A tea was held afterwards where the Chief Rabbi was able to meet members of the community, including three other “old boys” of Herzlia High School in Cape Town

To coincide with the Chief Rabbi’s visit to Perth,  the new Cape Town Kehilalink for JewishGen is now live.

To visit my other kehilalinks click on the images below:

Rabbi Ephraim Mirvis, Chief Rabbi of the United Hebrew Congregations of the Commonwealth, tonight in Perth on his visit to Australia.

Rabbi Dovid Freilich introduced Chief Rabbi Mirvis after which the Chief Rabbi inspired us with his first address in Australia. Julian Sher then moderated questions from the floor.

A tea was held afterwards where the Chief Rabbi and Valerie Mirvis were able to meet members of the Perth Jewish community, including Bram Beinart, a classmate from Herzlia School in Cape Town, meeting for the first time since 1973.

To coincide with the Chief Rabbi’s visit to Perth, I am launching the new Cape Town Kehilalink for JewishGen.

To visit my other kehilalinks click on one of the images below: