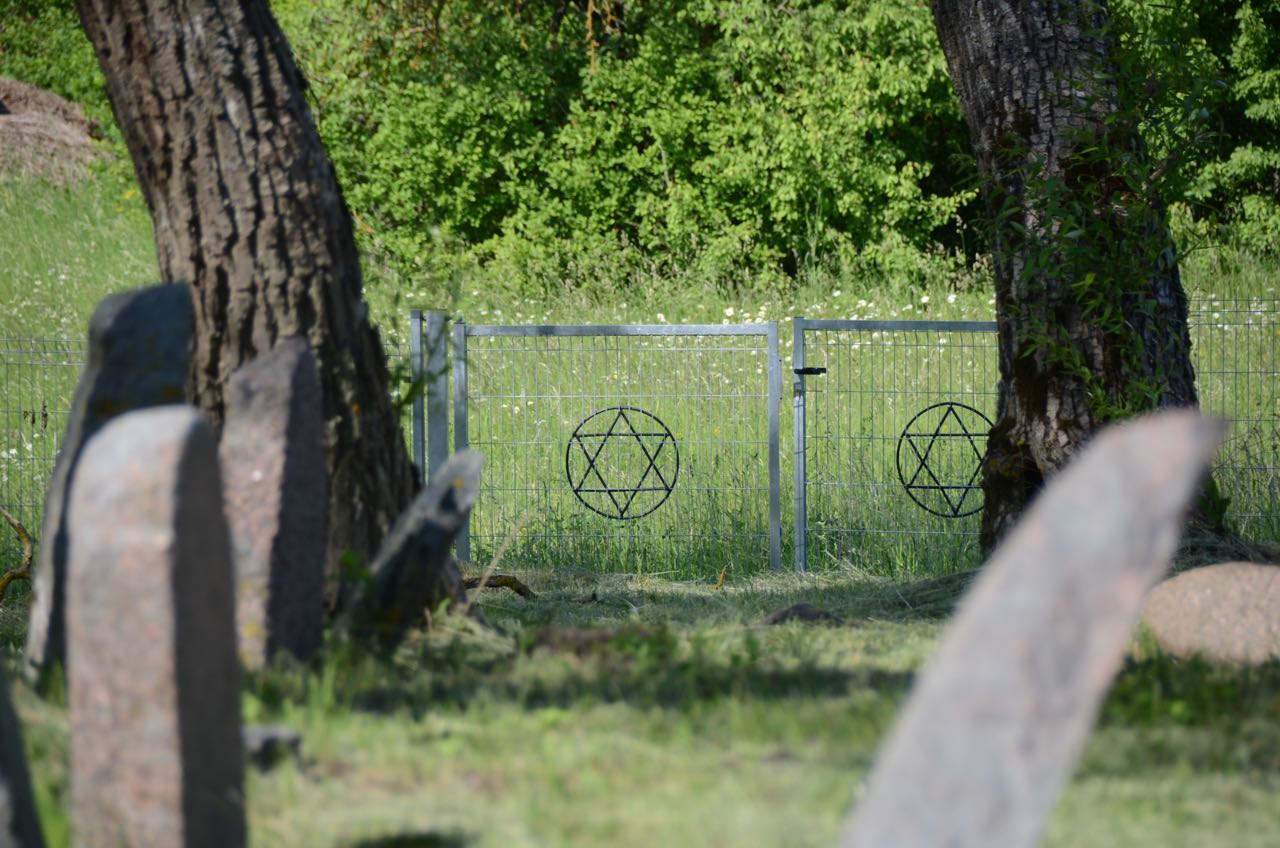 I had visited Zagare a couple years ago, but it was late at night, the main street was being dug up,  so I didn’t see much.

This time, I was given an excellent tour thanks to Cliff Marks of Seattle introducing me to Sarah Mitrike.

Sarah was out of town but made sure I got to meet Alma Kancelskiene, the Geography teacher and Toma Kiminiene,  the English teacher at the Zagare High School.

Alma does projects with her students documenting Jewish graves together with Valdas Balciunas. Valdas was instrumental in getting the memorial plaque installed and organizing the Jewish Heritage Days last autumn. Valdas was also out of town.

The two teachers were very hospitable and showed me around town. Here are some images:

At the school with Alma and Toma

At the two cemeteries

My B&B hosts – Daiva and her mother Renovate Korsakiene and the yummy food.

Žagarė’s name is probably derived from the Lithuanian word žagaras, meaning “twig.” This is likely because of the forests that originally surrounded the early village.

The foundation of Žagarė dates back to the 12th century. It was an important centre of Semigallian warriors, who fought against the Livonian Brothers of the Sword and the Livonian Order. It long had a Jewish population who contributed to its culture.

Yisroel Salanter (1810-1883), the father of the 19th-century Mussar movement in Orthodox Judaism, was born there.Isaak Kikoin (1908–1984), a renowned Soviet physicist, was also born there. During World War II and the German occupation, the Germans set up a Jewish ghetto in Žagarė, to hold Jews from Šiauliai Ghetto. In a massacre of theEinsatzgruppe A at the Jom Kippur the 2nd. October 1941 all Jews where cruely killed by the lithuanian population at the marketplace and buried in Naryshkin Park. The blood was flowing to the Svete River and the Fire brigade had to wash it away. [2]

Today Žagarė is the administrative centre of the Žagarė Regional Park, known for its valuable urban and natural heritage.