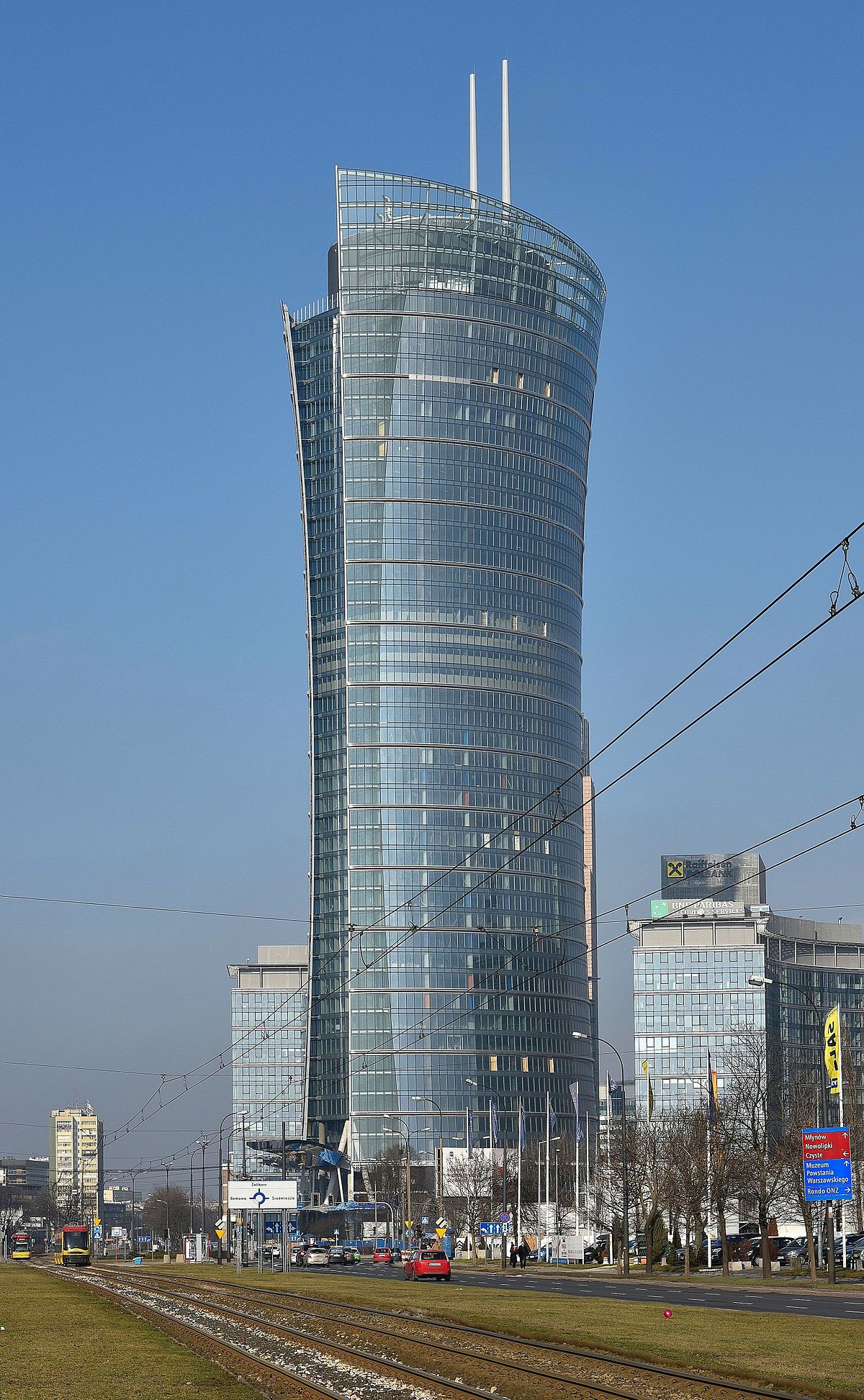 The Warsaw Spire is a complex of Neomodern office buildings in Warsaw, Poland constructed by the Belgian real estate developer Ghelamco. It consists of a 220-metre main tower with a hyperboloid glass facade, Warsaw Spire A, and two 55-metre auxiliary buildings, Warsaw Spire B and C.[3] The main tower is the second tallest building in Warsaw and also the second highest in Poland.

The Warsaw Uprising Museum (named Warsaw Rising Museum, Polish: Muzeum Powstania Warszawskiego),[2][3][4][5][6][7][8] in the Wola district of Warsaw, Poland, is dedicated to the Warsaw Uprising of 1944. The institution of the museum was established in 1983, but no construction work took place for many years. It opened on July 31, 2004, marking the 60th anniversary of the uprising.

The Warsaw Old Town (Polish: Stare Miasto, and collectively with the New Town, known colloquially as: Starówka) is the oldest part of the capital city. It is bounded by the Wybrzeże Gdańskie, along with the bank of Vistula river, Grodzka, Mostowa and Podwale Streets. It is one of the most prominent tourist attractions in Warsaw.