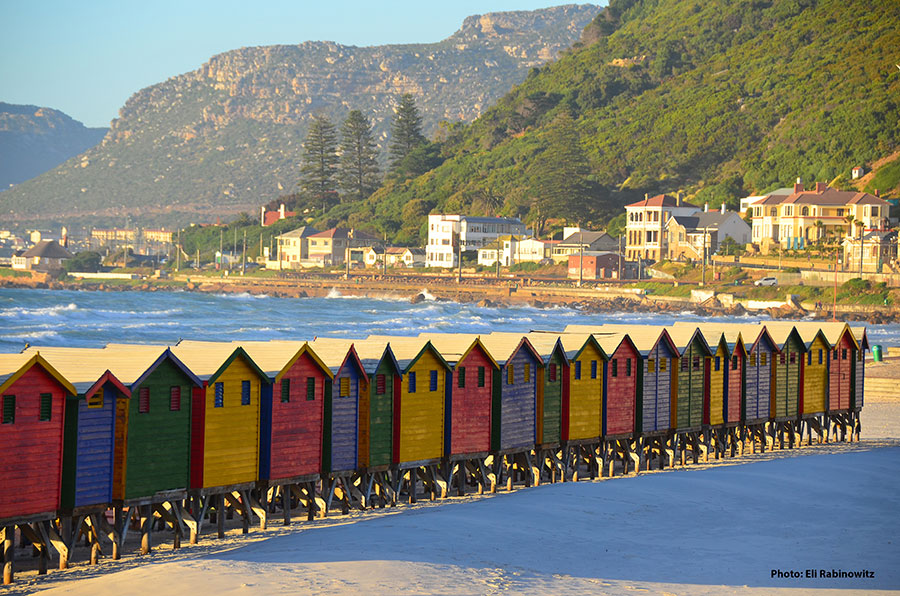 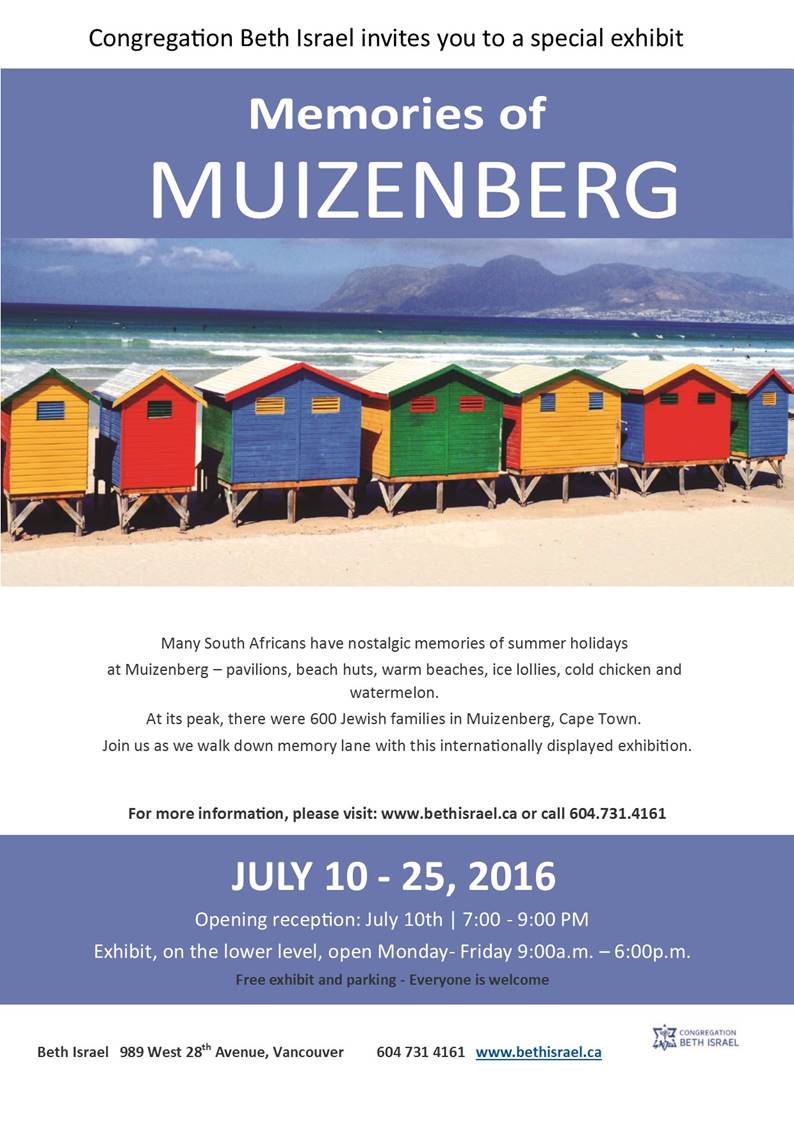 From Stephen Rom:
Lauren Kramer, writing today’s Jewish Independent has a connection to Muizenberg as her late Mom was from there.
Shabbat Shalom and Happy Canada Day

For Vancouverites who hail from South Africa, the name Muizenberg carries significant resonance. The small seaside town was a hub for Jewish families from the 1900s onward, a place where children played on the long stretch of white-sand beach, young people fell in love, business deals were discussed, family relationships deepened and friendships nourished.

So when the Memories of Muizenberg exhibit opens for its 15-day span at Beth Israel Synagogue July 10-25, there’s an excellent chance of hearing South African accents in the voices of attendees. The exhibit was created in 2009, when it debuted in Cape Town, chronicling the Jewish presence in Muizenberg between 1900 and the early 1960s. After that it began a whirlwind tour to Johannesburg, London, Israel, Perth, Sydney, Melbourne, Toronto and San Diego before it finally landed in Vancouver. For each of its moves an ex-South African Jew adopted the exhibition, gathering fundraisers, assistants and exhibit spaces in their respective cities.

In Vancouver that man is Stephen Rom, an ex-South African from Cape Town who immigrated to Canada in 1986 and moved to Vancouver in 1992. “I’m just a schlepper that was interested in the exhibit,” he said with a laugh. “When a friend told me the exhibit was in San Diego, I thought we needed to get it trucked up to Vancouver. I think it’s important to keep Memories of Muizenberg circulated – a hell of a lot of research went into it and it’s beautifully put together.”

Rom arranged for the crate containing the 40-panel exhibit to be stored in the warehouse of fellow ex-South African Lexie Bernstein and solicited donors to cover the costs associated with transportation and opening night festivities. Muizenberg has a special place in his heart and memories, he confided.

“It was a place my family and extended family spent every Sunday – you loaded the car, took the food and you didn’t need to look for friends – they were always there,” he reflected. “No-one phoned to say, are you going to Muizenberg? You just knew, everyone in your community was going to be there. You’d go swimming, get attacked by bluebottles, get knocked over and soaked by a wave from the creeping high tide, have the wind blowing in your hair and eat homemade rusks (cookies) mixed with sand. It was part of our DNA.”

Bernstein, who moved from Cape Town to Vancouver in 1987, recalls catching the train with his friends in the summer months to get to Muizenberg. “When the train pulled into the station, the conductor would shout out ‘Jerusalem!’” he recalled. “I think ex-South Africans in Vancouver will love this exhibition, and other Jews in the community will be fascinated about where we come from.”

Rom’s only regret about the exhibit is that it ends in 1962 instead of continuing. He’s asking ex-South Africans in Vancouver to email photographs that pertain to their history in Muizenberg and that might be shown as a slide show at the exhibit’s opening night, July 10. To submit your memories email Stephen at srom@shaw.ca