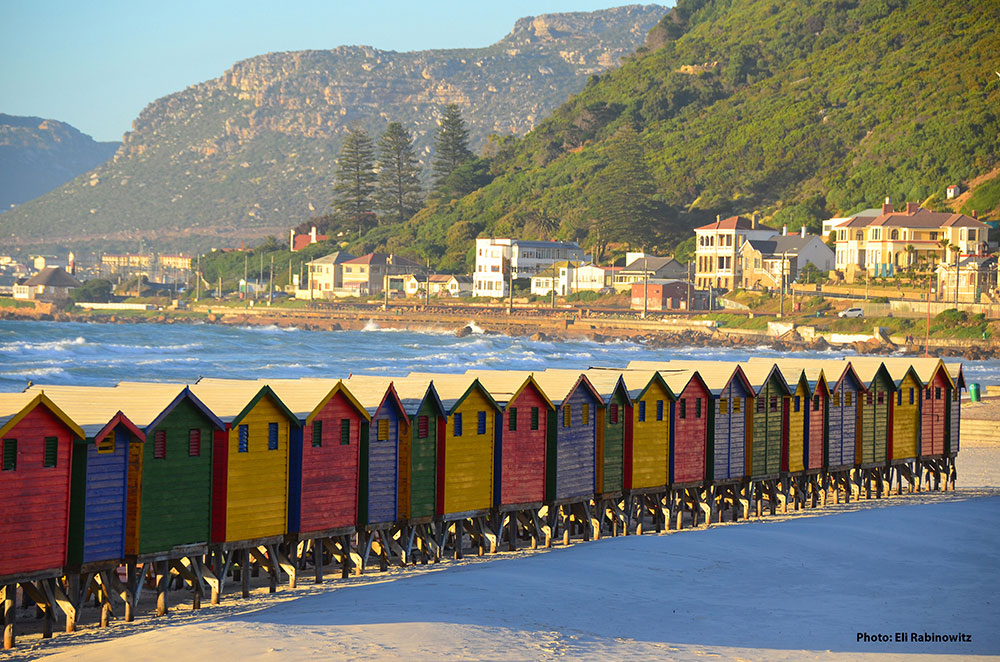 Dubbed by some “the shtetl by the sea,” North American Jews might best understand Muizenbeg, a beachside suburb of Cape Town once brimming with both Jewish residents and Jewish holiday-goers, as the Miami of South Africa.

Memories of Muizenberg, a South African exhibition featuring photographs and recollections from the post-World War II hub of Jewish life and culture, will be showcased Nov. 16 to 29 at Toronto’s Schwartz/Reisman Centre, marking the show’s 10th international appearance.

Most recently shown in various cities in Australia, the exhibit, curated by Johannseburg-based Joy Kropman, was brought to Toronto by Richard Stern, 78, a Torontonian who himself grew up along the beach in Muizenberg.

Eli Rabinowitz, who organized the exhibit in Australia, was, Stern said, “instrumental in organizing for the exhibit to come to Canada. Without his guidance and support, it would have been difficult to achieve this.”

He said the exhibit features about 40 panels displaying memorabilia – mainly images and accompanying text – from what was considered a kind of golden age for Jews in Muizenberg, as well as more than 1,000 photographs submitted by Jews who had lived or vacationed in the town during its Jewish heyday, roughly between 1950 and 1965.

Stern, who moved to Canada in 1963, explained that in this period, anywhere from 10,000 to 20,000 Jews would regularly travel to Muizenberg to escape the heat of the South African interior and relax by the sea during the country’s summer months of December and January.

In addition, at the peak of the town’s popularity among South African Jews, about 600 Jewish families made Muizenberg their permanent residence, and the town had both a synagogue and kosher hotels.

“That beach used to be absolutely packed during summer months. There were thousands of young people. The older people would sit by the seaside and the younger people would be by what was called the ‘snake pit’ – a protected area, a piece of sand with bathing boxes on one side and a pavilion on the other that people packed into from one corner to another,” Stern recalled.

“Muizenberg was very much a part of people’s lives growing up. Many Jews met their spouses there,” he added.

After Stern’s brother, who lives in Israel, made the opening speech for the exhibit’s Herzliya stop, Stern said he inquired about bringing Memories of Muizenberg to Toronto, and he ultimately paid to ship the exhibit here.

“They were going to destroy it, because after Australia, no one else wanted to take the exhibit. I thought it would be a good community project, as so many South African Jews live here in Canada… It’s a real walk down memory lane,” he said.

He noted that many Jews hailing from Muizenberg became quite influential, starting large companies in South Africa.

“The whole of the beachfront was settled by mining magnates like the Oppenheimer family and the Schlesinger family. All the houses along the beachfront were designed by Sir Herbert Baker, an architect who designed the Union Buildings in Pretoria,” he said.

Stern’s own grandfather, Max Sonnenberg, moved from Germany to Muizenberg and later became a member of parliament in South Africa during World War II.

Due to political upheaval in South Africa from the mid-1960s to the 1980s, the country’s Jewish population dwindled substantially, and a large number of Jews who had either lived or vacationed in Muizenberg moved to Canada.

Stern, whose four grandparents hailed, respectively, from Germany, England and the United States before ending up in Muizenberg, said the exhibit’s illustrative panels give viewers who are unfamiliar with the seaside town a real sense of what Jewish life was like there.

And for those who are actually from Muizenberg or who spent their summer vacations there, the exhibit will be an opportunity to reminisce and recognize people they once knew in the many photographs.

After Toronto, Stern said, the exhibit will head to San Diego, and then, possibly, to Dallas.