My thanks go out to my second cousin, Gene Itzkowitz and his wife Vicki for being such great hosts during my first visit to Dallas.

I also met my second cousins Steven, Lawrence and David Bock and the extended Bock and Itzkowitz families.

My visit to Southfork Ranch 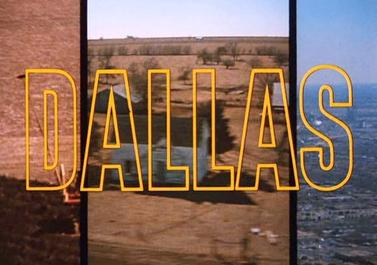 Dallas is an American prime time television soap opera that aired on CBS from April 2, 1978, to May 3, 1991. The series revolves around a wealthy and feuding Texas family, the Ewings, who own the independent oil company Ewing Oil and the cattle-ranching land of Southfork. The series originally focused on the marriage of Bobby Ewing and Pamela Barnes, whose families were sworn enemies with each other. As the series progressed, oil tycoon J. R. Ewing became the show’s breakout character, whose schemes and dirty business became the show’s trademark.[1] When the show ended in May 1991, J.R. was the only character to have appeared in every episode.

My visit to Cabela’s.

Quite normal in Texas, scary elsewhere!

Cabela’s Inc. is an American direct marketer and specialty retailer of hunting, fishing, boating, camping, shooting, and related outdoor recreation merchandise, based in Sidney, Nebraska. The company was founded by Richard N. Cabela in 1961 and went public in 2004, with that fiscal year’s revenue reaching $1.56 billion, a 50% growth since 2001.

The Texas School Book Depository, now known as the Dallas County Administration Building, is a seven-floor building facing Dealey Plaza in Dallas, Texas, United States. The building is most notable as the vantage point of the assassination of John F. Kennedy on November 22, 1963. An employee, Lee Harvey Oswald, shot and killed Kennedy from a sixth floor window on the building’s southeastern corner. The structure is a Recorded Texas Historic Landmark. It is located at 411 Elm Street on the northwest corner of Elm and North Houston Streets, at the western end of downtown Dallas.

Perot Museum of Nature and Science

Cousin Steven Bock is a volunteer at the Perot Science Museum.

Perot Museum of Nature and Science

with Vicki and Gene

43rd President of the United States

<
►
>
Gene & Vicki with their daughter, Marny and her husband Cody