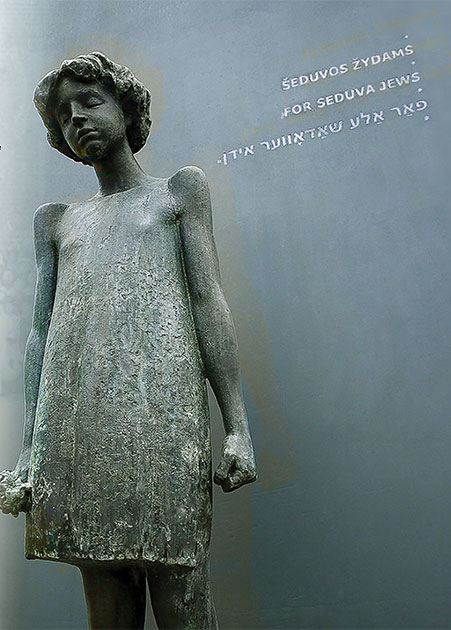 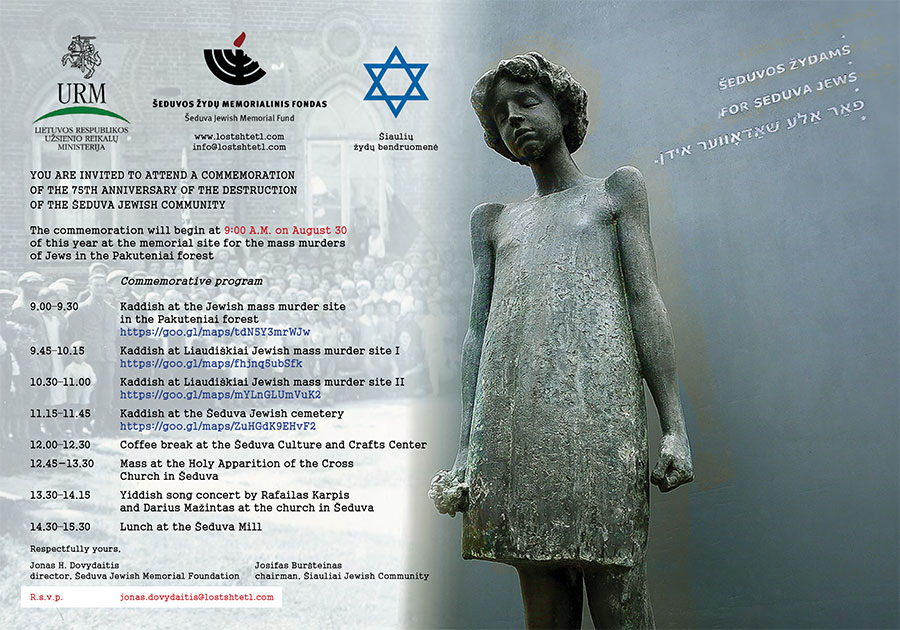 Dear Seduvians and their descendants,

75 years ago a wave of brutal murder in some places within weeks and in other within months wiped out Jewish communities which were building their future across Lithuania for over six centuries.

At the end of August 1941 Seduva Jewish Community was no more.

We kindly invite you to join us at the event which will commemorate Seduva Jewish Community. We will gather on 30th of August for Kaddisch at the 3 mass murder sites and old Seduva Jewish Cemetery.

We kindly ask you to confirm your participation with Jonas Dovydaitis (jonas.dovydaitis@lostshtetl.com) so we could arrange for the transportation from Vilnius to Seduva and back. Your presence is important to all of us. We are there to “Never forget” and our message is clear –  memory is stronger than death.
Details of the event are enclosed in attachment.

We are looking forward to welcome you at the event and our project www.lostshtetl.com

Wishing you all good shabboes. 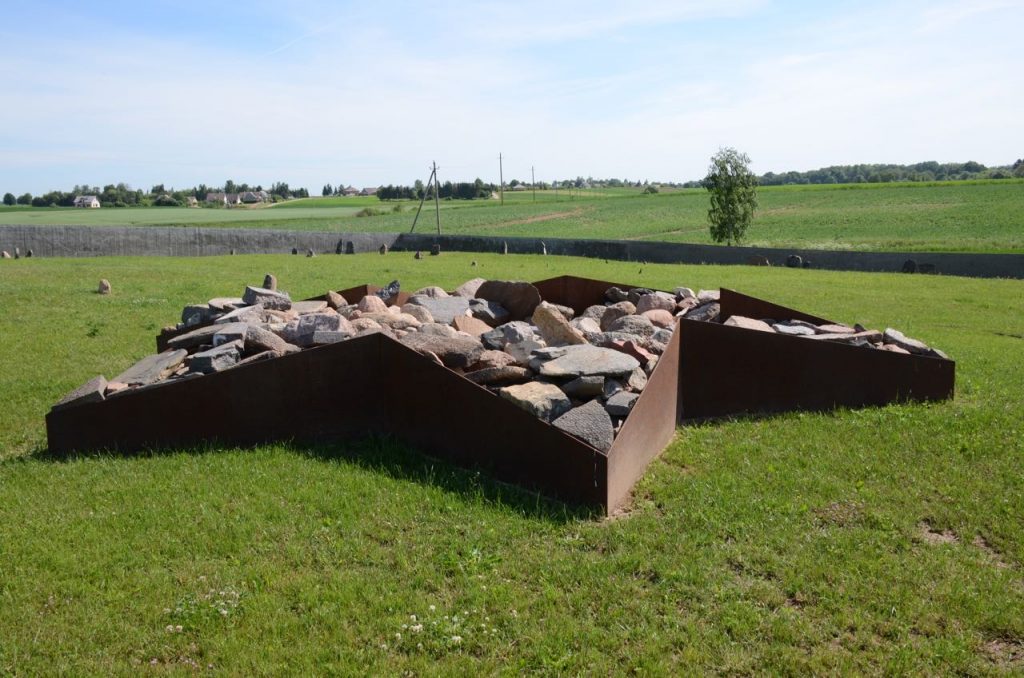 Dear Seduvians and their descendants,

I would dearly like to be there for the memorial ceremony of the 75th anniversary of the massacre of the Jewish community of Shadova, but having just returned from Lithuania, including a visit to Seduva with Sergey and his team, I will not be able to make another visit this year.

This is a good opportunity to thank Sergey, Jonas, Milda, Saulas for their work and to thank Ivan and Edwin for their dedication. Seduva has become one of the very few former Shtelach where the Jews who once populated the towns are given recognition in a central place, rather than only in the cemetery or at the site of the massacres. It is so important that the lost Jews of Lita are remembered as an important and universal part of Lithuanian heritage in general and not as a separate, peripheral community matter. The Lost Shtetl project is a major step in that direction.

On the 30th of August I will recite Kaddish for the murdered Jews of Shadova in general and specifically for my great uncle and aunt, Tuvia and Chaya Lederman, and my cousins, Shlomo & Esther Lederman and their daughters Leia and Feiga; Mera (Lederman) & Leibe Fischer; Sonia (Lederman) & Pinchas Rabinovitch and their daughters Shulamit and  Miriam. 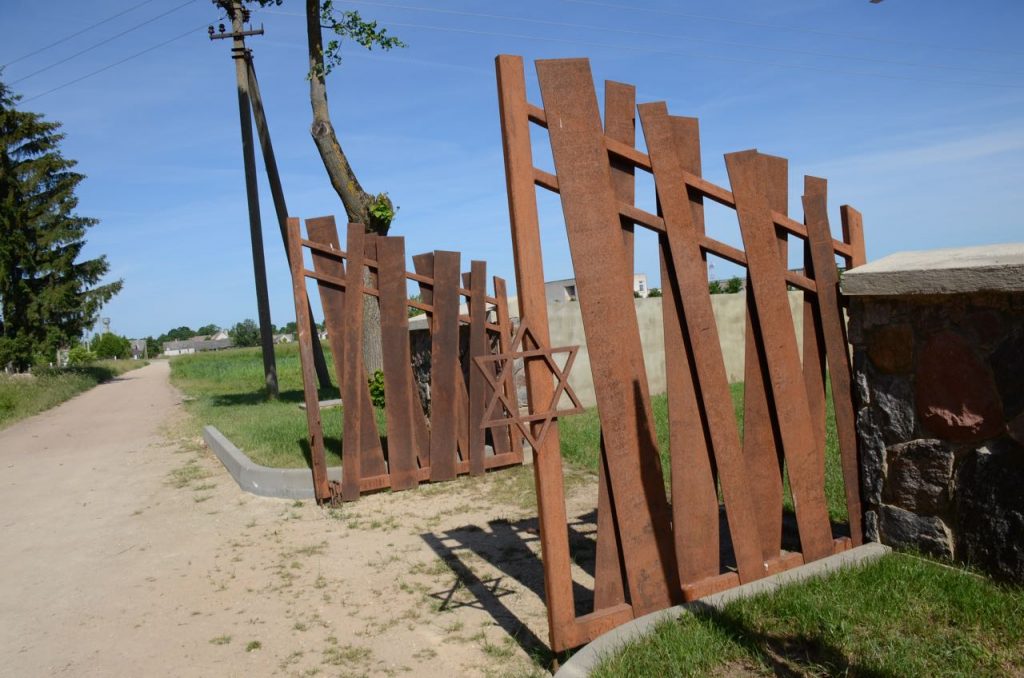