Counting of the Omer – Moshe Fhima

Counting of the Omer – Moshe Fhima

The Yad Yisroel is non for profit 501(C)(3) organization which was started by the Stoliner Rebbe in 1990. Yad Yisroel is an organisation with a goal to bring Russian Jews closer to their heritage.

Oyfn Pripetshik (Yiddish: אויפן פריפעטשיק‎, also spelled Oyfn Pripetchik, Oyfn Pripetchek, etc.;[1] English: “On the Hearth”)[2] is a Yiddish song by M.M. Warshawsky (1848–1907). The song is about a rabbi teaching his young students the aleph-bet. By the end of the 19th century it was one of the most popular songs of the Jews of Central and Eastern Europe, and as such it is a major musical memory of pre-Holocaust Europe.[3] The song is still sung in Jewish kindergartens.

Some Previous Jewish buildings opposite

With Moshe Fhima at The Holocaust Site & Memorial

A second site and memorial 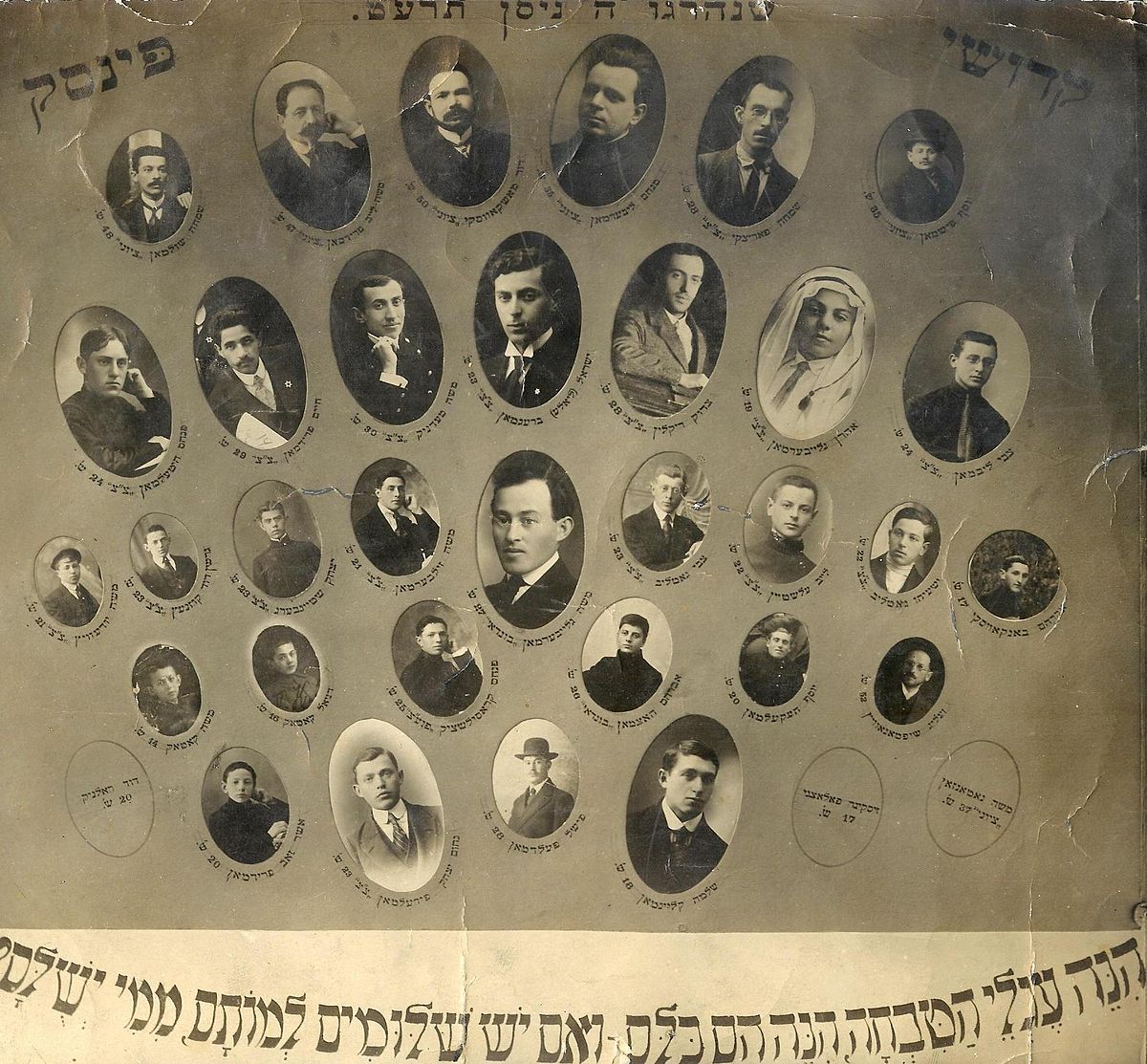 The Pinsk massacre was the mass execution of thirty-five Jewish residents of Pinsk on April 5, 1919 by the Polish Army. The Polish commander “sought to terrorize the Jewish population” after being warned by two Jewish soldiers about a possible bolshevik uprising.[1]. The event occurred during the opening stages of the Polish-Soviet War, after the Polish Army had captured Pinsk.[2] The Jews who were executed had been arrested were meeting in a Zionist center to discuss the distribution of American relief aid in what was termed by the Poles as an “illegal gathering”. The Polish officer-in-charge ordered the summary execution of the meeting participants without trial in fear of a trap, and based on the information about the gathering’s purpose that was founded on hearsay. The officer’s decision was defended by high-ranking Polish military officers, but was widely criticized by international public opinion.

Pinsk is a town, a district center in Brest region. It is situated on the bank of Pina River (the left tributary of Pripyat) 186 km to the east from Brest, 304 km to south-west from Minsk. It has a railway station on the line Brest-Homel.

Letters From The Pinsker Orphans Left Behind

There are several lists of names which are searchable in the WordPress search engine on the top of the sidebar on the right.

Should you wish to receive an email each time I post, please enter your email address and press “subscribe”. Confirm the email that you will receive. It is free!

Details about David Sandler and his books are available by clicking on the link above.