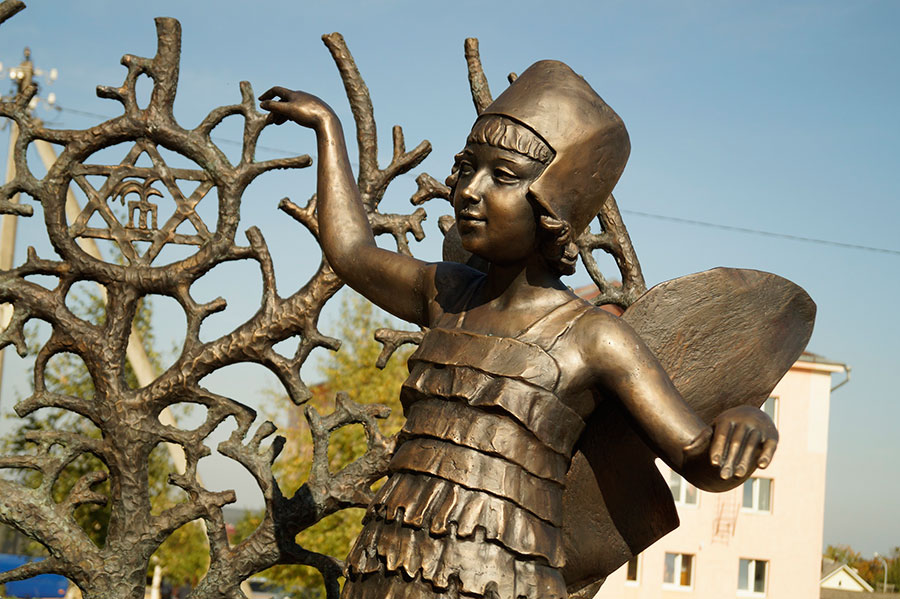 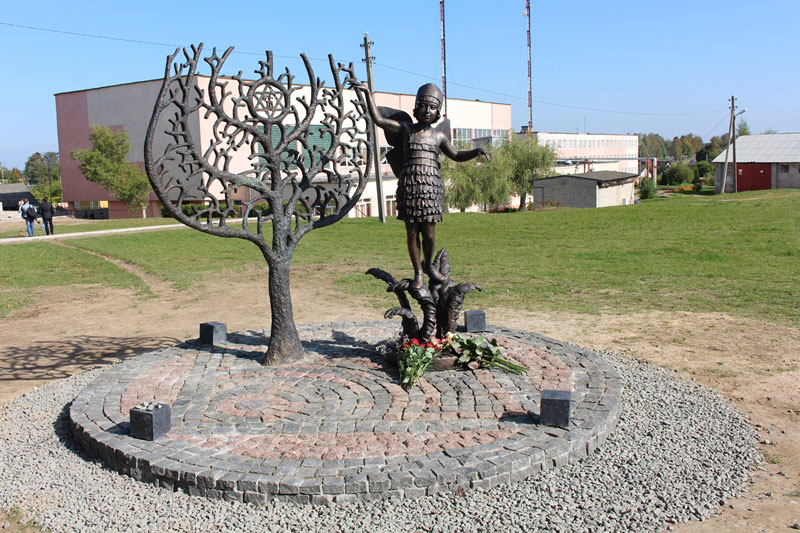 A memorial sign to all the Jewish children from Novogrudok who perished during the Holocaust was unveiled at the Jewish Resistance Museum in Novogrudok on September 26, 2017. The monument was sponsored by Sergei Koval, a local Jew, who according to his own words ‘fulfilled the wish of the girl’.

Michle Sosnowski whose picture is in the exhibition of the Museum served as a prototype for the monument. The picture was provided by Jeannette Josse from London who visited Novogrudok in 2005 searching for her roots. Two years later Jeannette sent a book to the Museum in which she incorporated old pictures into the new ones made during her trip.

Michle happened to be in her family album because she was her mother’s friend. Together with Sheindel Sukharski they tried to escape from the labour camp in Novogrudok but were recognized in the street, denounced, arrested and taken to prison from which they never came out.

It’s a monument to the child whose greatest wish was to live. Dressed up for Purim she will dance forever next to the Tree of Life which incorporates the Star of David from the Novogrudok synagogue.

The ceremony was followed by a panel discussion on Remembrance and Commemoration dedicated to the blessed memory of Jack Kagan, a survivor from Novogrudok and a Bielski partisan, whose efforts to preserve the history of Novogrudok Jews and their unprecedented resistance to the Nazis were recognized by awarding him a title of the Honorary Citizen of Novogrudok in 2011. 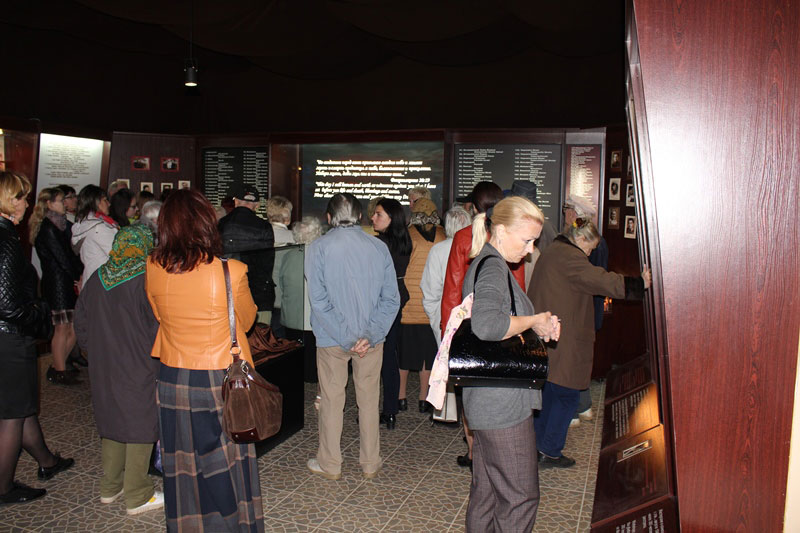 Please, find the links below

The Jewish Partisans of Novogrudok

The Jewish Partisans of Novogrudok 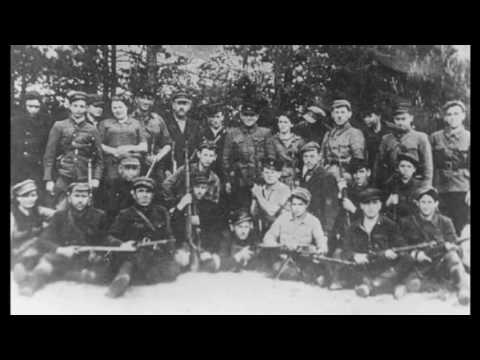 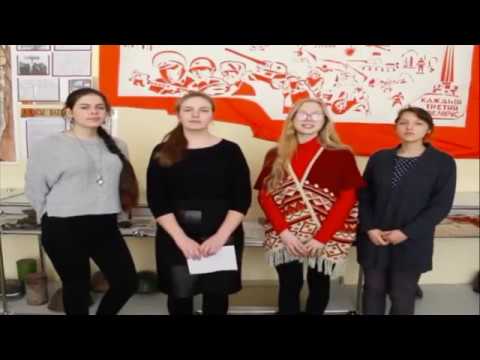 For more on Novogrudok, see the KehilaLink 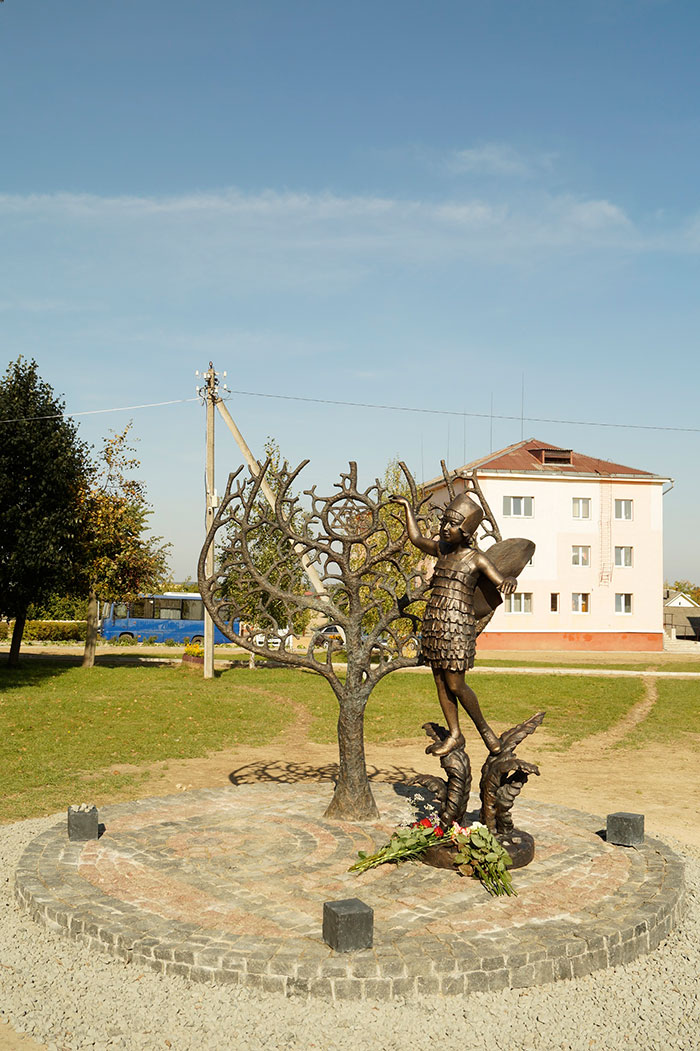 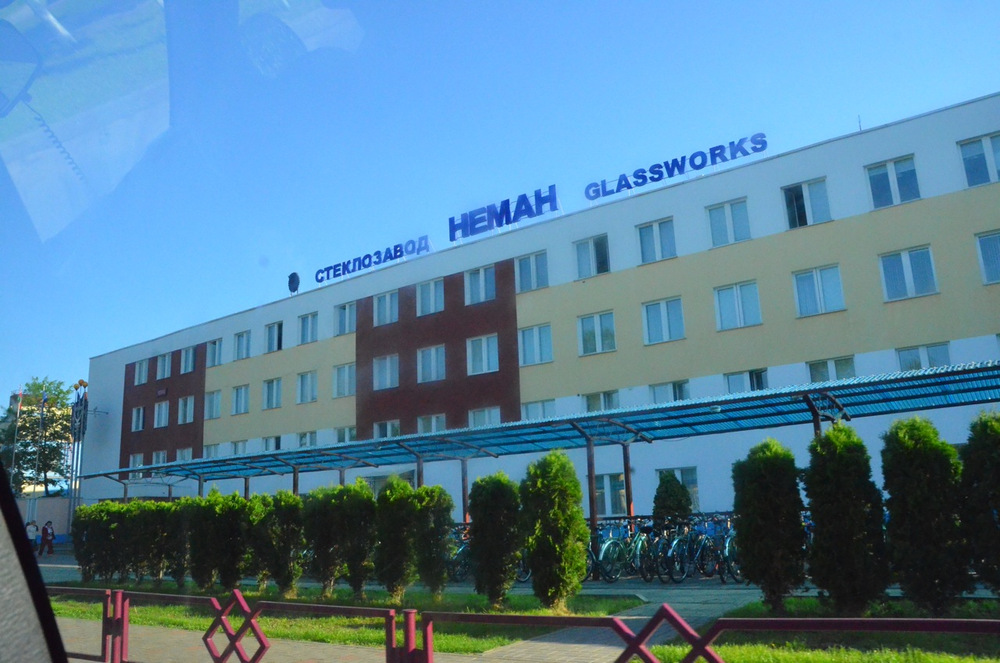 Tamara Vershitskaya, the Director of the History Museum in Novogrudok and I leave early at 7:30am for Grodno, a couple of hours by car from Novogrudok. This is the countryside. A well known glass f…