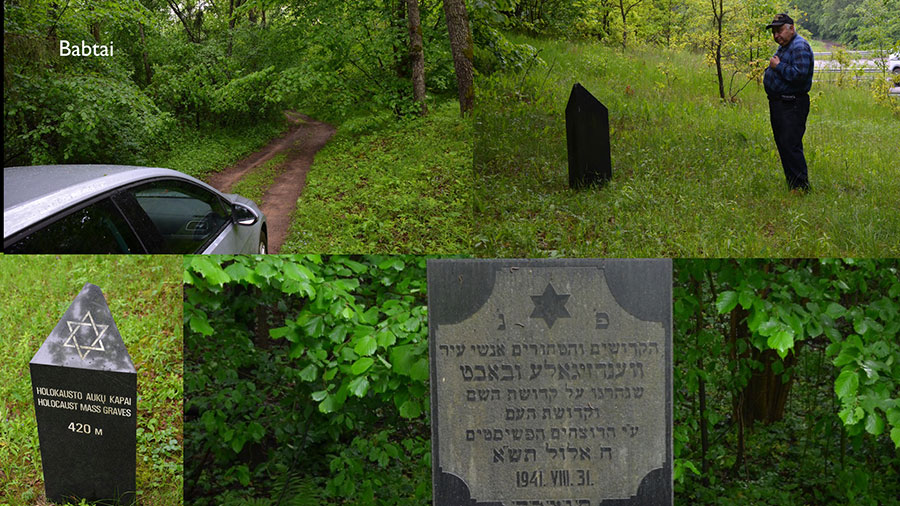 Traces and Memories of Jewish Life

Connecting to our Litvak shtetls 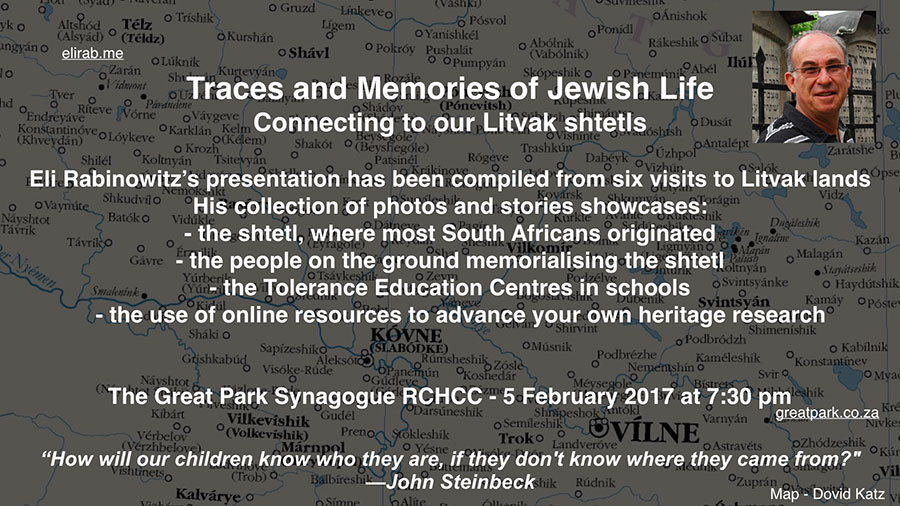 The Nelson Mandela Auditorium at the Gardens Shul, Cape Town 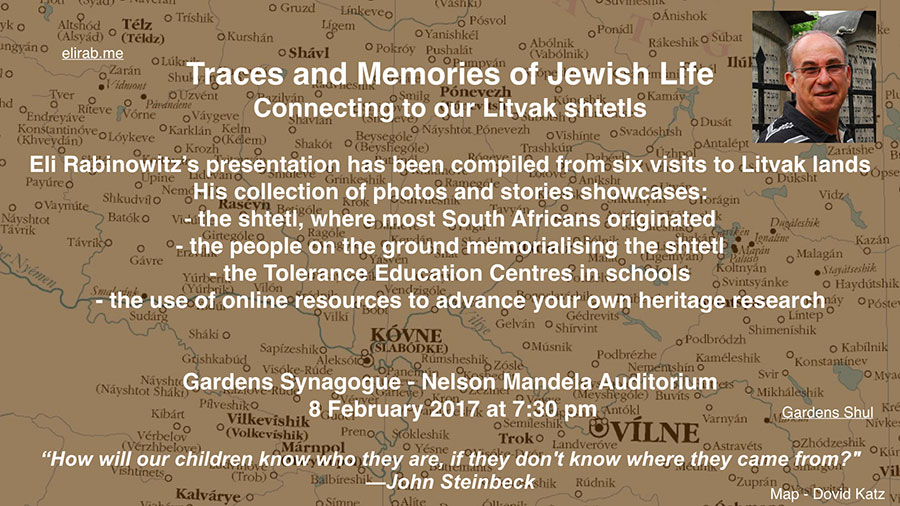 Chaim Bargman has been a beloved guide and genealogist for international Jewish-interest tourists in the Kaunas (Kovno) area for decades, and was immortalized in the late Dan Jacobson’s Heshel’s Kingdom (1998). 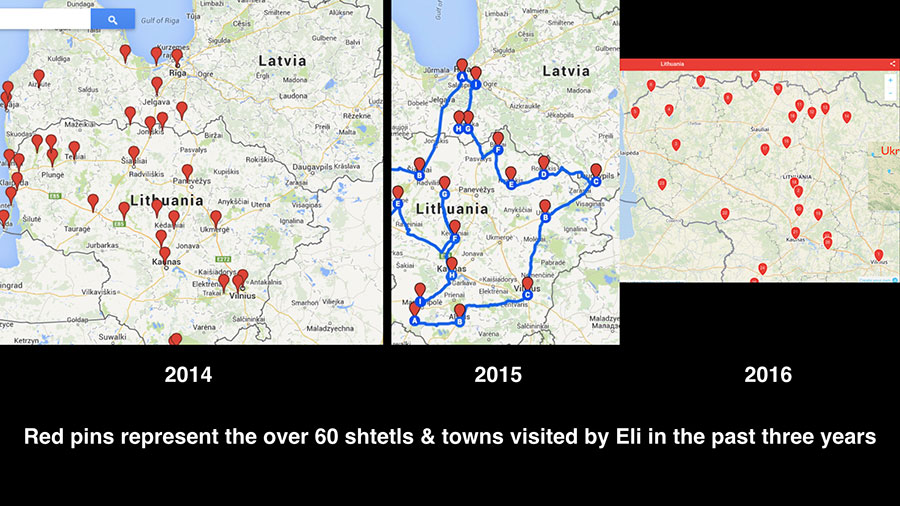 With a previous speaker, Dr Samuel Kassow in Seattle WA 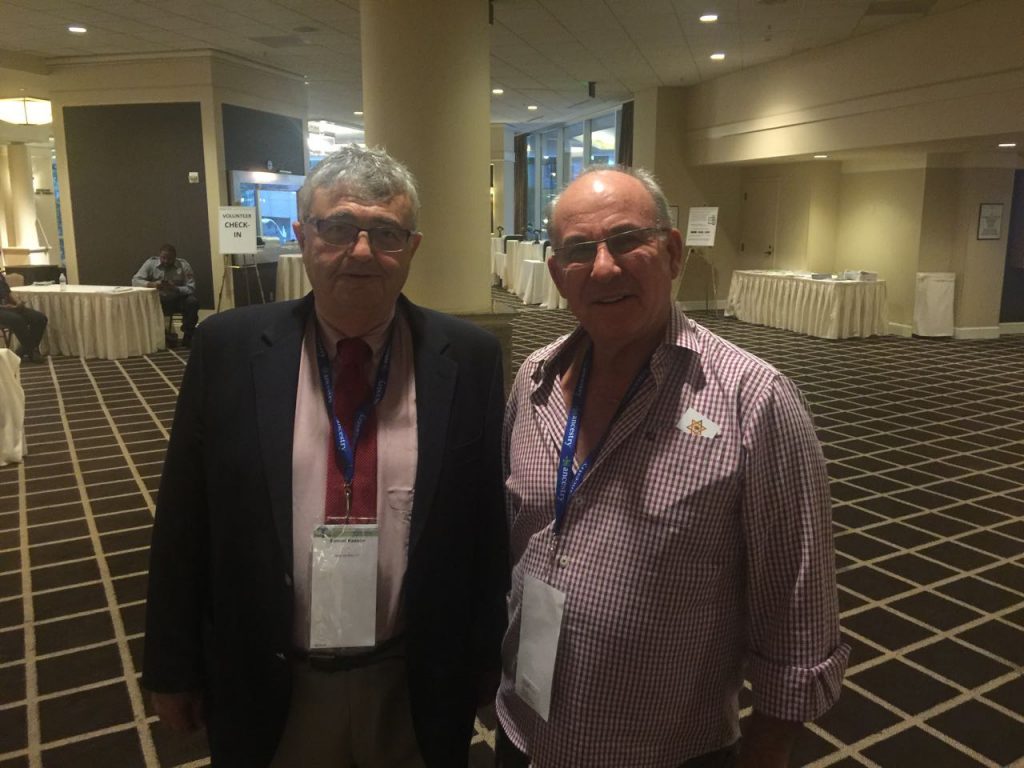 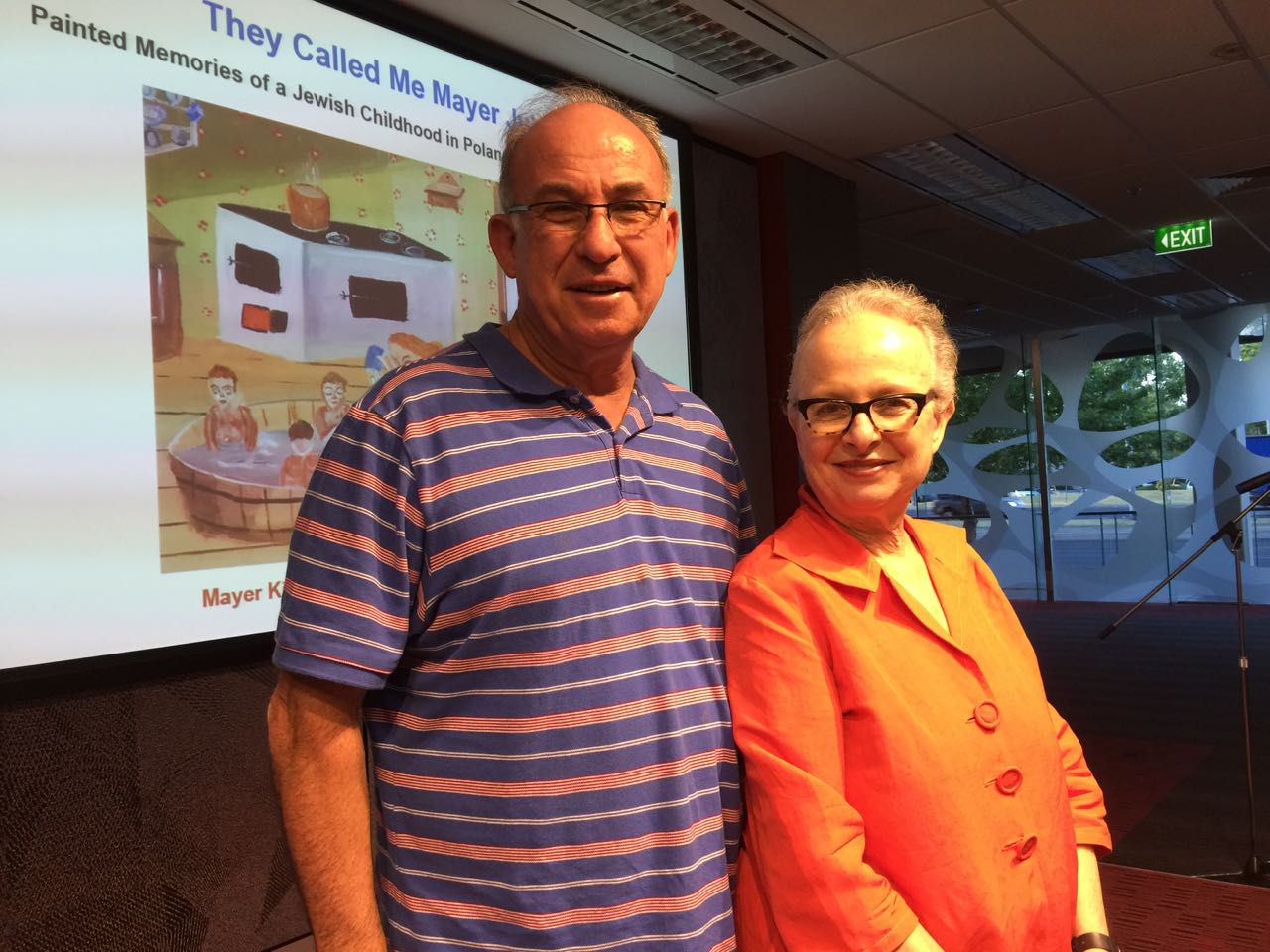