Abel Levitt on the passing of Sir Ronald Harwood from natural causes at his home in Sussex on 8 September 2020, at age 85.

I would like to write specifically about Ronald’s connection to Plungyan in Lithuania and his visit there with his wife Natasha in 2005.

I grew up with Ronnie Horwitz. We started school at the Kings Road Primary School in 1941, in the same class of sub A. We completed our schooling at Sea Point Boys’ High in 1951. Throughout our school lives we were in the same class, at Kings Road, at Sea Point Junior and at Sea Point Boys’ High. We lived close to one another, Ronnie in Victoria Road Bantry Bay, and, I, 150 yards away in Brompton Avenue. We were in the Cubs and Scouts together at the 10th Green and Sea Point, We played tennis together, watched cricket at Newlands together, competed with one another at the Eisteddfods.

At school, Ronnie took the lead in the school plays. He was outstanding. After we had finished writing our matric exams, Ronnie left for London, to study Dramatic Art, dropped out of the Royal Academy due to financial difficulties, and the rest, as they say, is history. A career of writing and leadership. We maintained a loose relationship, the occasional phone call when I was in London, but we did spend a day together after watching his acclaimed play “Taking Sides”.

It was whilst reading his novel “HOME” that I learned for the first time that Ronald’s father Isaac Horwitz had emigrated from Lithuania. In half a lifetime, our fathers’ ancestry was not a subject of discussion. Glenda and my journey to Lithuania had already began, when I read Ronnie’s book “Home” and discovered that both of our fathers were from Plungyan. I called Ronnie. “What about you and Natasha joining us in a trip to our shtetl Plungyan” I asked. The reply was immediate. And the date 25th May agreed upon, with our guide Regina to be our leader.

The meeting at the airport was emotional. Ronnie had recently been awarded the Oscar for writing the screenplay of what was to become a Holocaust Classic “The Pianist”. And here he was, with his dear wife Natasha, in Lithuania.

Our journey to Plungyan was via Kovno where we visited Eugenijus Bunka, the son of the “Last Jew in Plungyan”, and our friend and partner in our Plungyan ventures. Eugenijus was in hospital, recovering from an operation. He would not be with us on the upcoming welcome to the Oscar winner.

Upon our arrival in the town our first stop was at the apartment of Yacovas Bunka. During the few years of Lithuanian independence from the Soviet occupation, Yacovas Bunka had welcomed some hundreds of Plungyaner Jews. Few would have been of the international stature of the writer, playwright, literary giant and Oscar winner as Ronald Harwood. There was an immediate warm relationship although Bunka spoke no English and Ronald did not understand Yiddish.

The following morning we proceeded to the mass graves, where 1800 Plungyan Jews had been murdered by the Germans and their Lithuanian Collaborators in July 1941. The mass graves in Plungyan are special .The acclaimed sculptor Bunka, together with his Lithuanian sculptor friends had carved the sculptures which stand as sentinels overlooking the mass graves. These mass graves in the Kausenai Forest have been described by some as the most impressive in the whole of Eastern Europe. Ronald did not have family who had remained in Lithuania, but he walked around, silent, as he absorbed the sanctity of the moment. He was profoundly moved. The photo of Ronald sitting quietly on a bench describes the emotion of the visit.

Our next visit was to the Saules Gymnasium. The headmaster Jouzas Milacius welcomed his important guests, the Harwood’s, in one of the multiple European languages that he spoke, but not a word of English. Jouzas is a true friend of ours, a man who was directly helpful when we proposed the establishment of a Tolerance Education Centre in his school.  The pupils were assembled in the hall, waiting for the guests to arrive. They were well prepared. Every class had seen the film, “The Pianist”, and had lessons about the Warsaw ghetto uprising. And here they were, seated and waiting to hear from Ronald. The students were riveted by Ronald’s charm and dynamic personality.

The questions were intelligent. These children had as a teacher Danute Serapiniene, a committed and sincere lady who since 1995 had been teaching children about the Holocaust and about the Jews who lived in their town Plunge.

In the evening there was an event at the local Ogynski Palace where Ronald addressed the intellectuals of the town, relating his experiences of working in Poland with the director of the film Roman Polansky. Again the audience interacted with his engaging and charismatic personality and interacted with many questions about the film.

The following morning was a scheduled meeting with the mayor of Plunge, all arranged by the school? We sat in the mayor’s office, listening to the usual welcome and niceties.

And then Ronald Harwood spoke. I remember his words very clearly. “Mr. Mayor, I know that you have difficulties with budgets. I appeal to you, whatever you do don’t reduce the budgets for culture. To do so will be to the detriment of your society.”

As we walked down the stairs at the conclusion of the meeting, Glenda looked at me, and I looked back at her. We were both thinking of the very same thing. That was to create an art competition, called “The Ronald Harwood Holocaust Art competition“. Ronald’s words to the mayor of Plunge had inspired us and since that time the Ronald Harwood Art Competition has grown from a local event, to a regional event and to a national event. The word “Art” has become “Arts” as all forms of art are part of the competition today. Painting, drawing, sculpture, drama, music and writing.

We were present at the 10th anniversary of the Ronald Harwood Arts Competition, held in the Plunge Town Hall. There was an exhibition of prize-winning art works from previous years and entries from throughout Lithuania. The International School in Vilnius arrived with two full busloads of children of all ages who took part in a musical play, in Lithuanian, English and Yiddish with

Vilna and the Holocaust as the theme.

On Friday night at our hotel in the nearby resort of Plateliai we had a traditional Friday night dinner with candle lighting and Kiddush. Our guests included teachers from the district.

Before leaving Plungyan we had a special visit to make. Living in the centre of the town was Kazys Vitkevicius and his wife. As a 14year old in 1941 Kazys had helped his mother to save Jewish girls. He did this by digging pits in which he hid the girls covered by branches, and bringing them food. Both his mother and Kazys were honoured by Yad Vashem and became Righteous among the Nations. Ronald and Natasha were visibly moved at the experience of meeting this special man.

And so back to Vilnius where Ronald addressed the students at the Sholem Aleichem Jewish Day School. Again, the subject was the movie The Pianist and once more the children at the school were enthralled by the charm and competence of the writer of the script of the film

The Harwoods returned to their home in London after an experience which Ronald told me was something beyond his expectations.

For us, that experience of being with my lifelong friend in the land of the birth of our fathers, to witness the appreciation of the young people of the artistry of Ronald Harwood inspired us to talk about Tolerance Education and to display the winning art works from the Ronald Harwood competition in countries around the world, including South Africa and Lithuania. 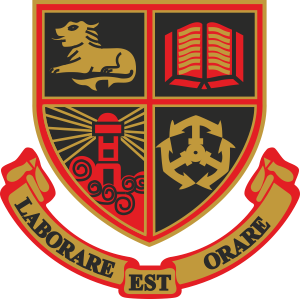 The Last Jew in Plunge

The Last Jew in Plunge