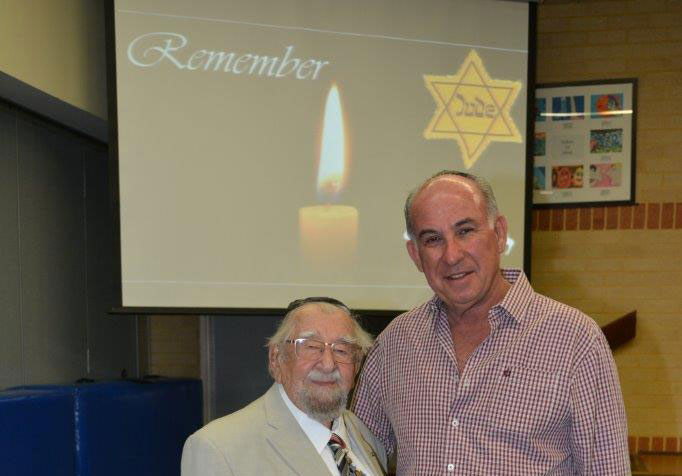 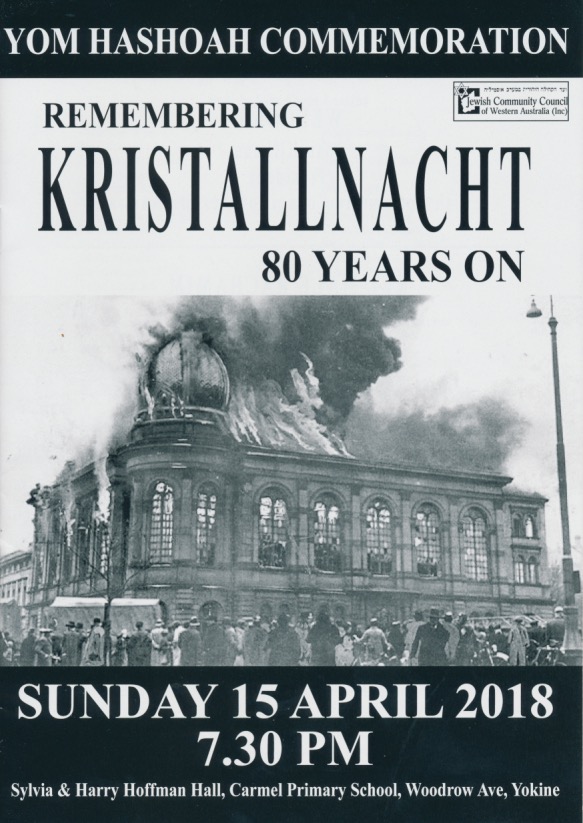 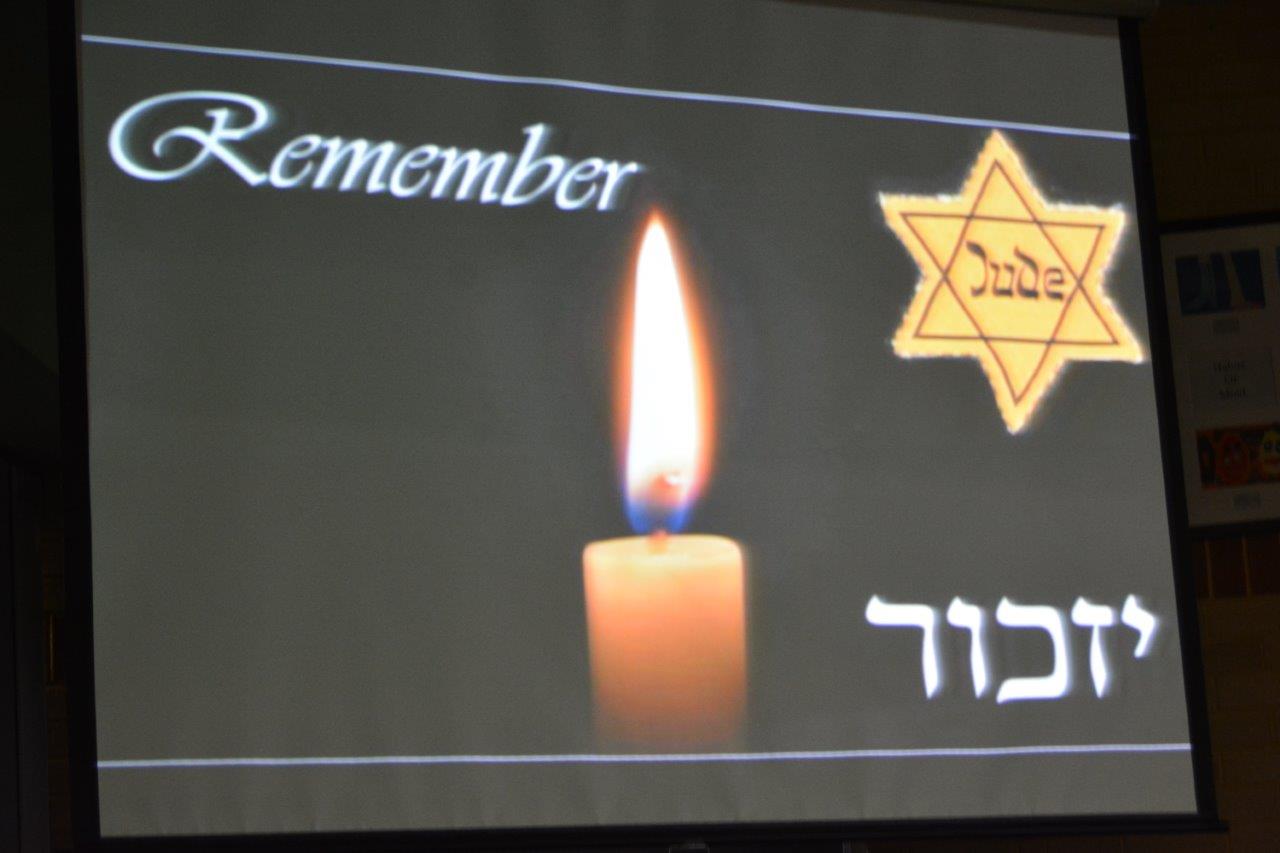 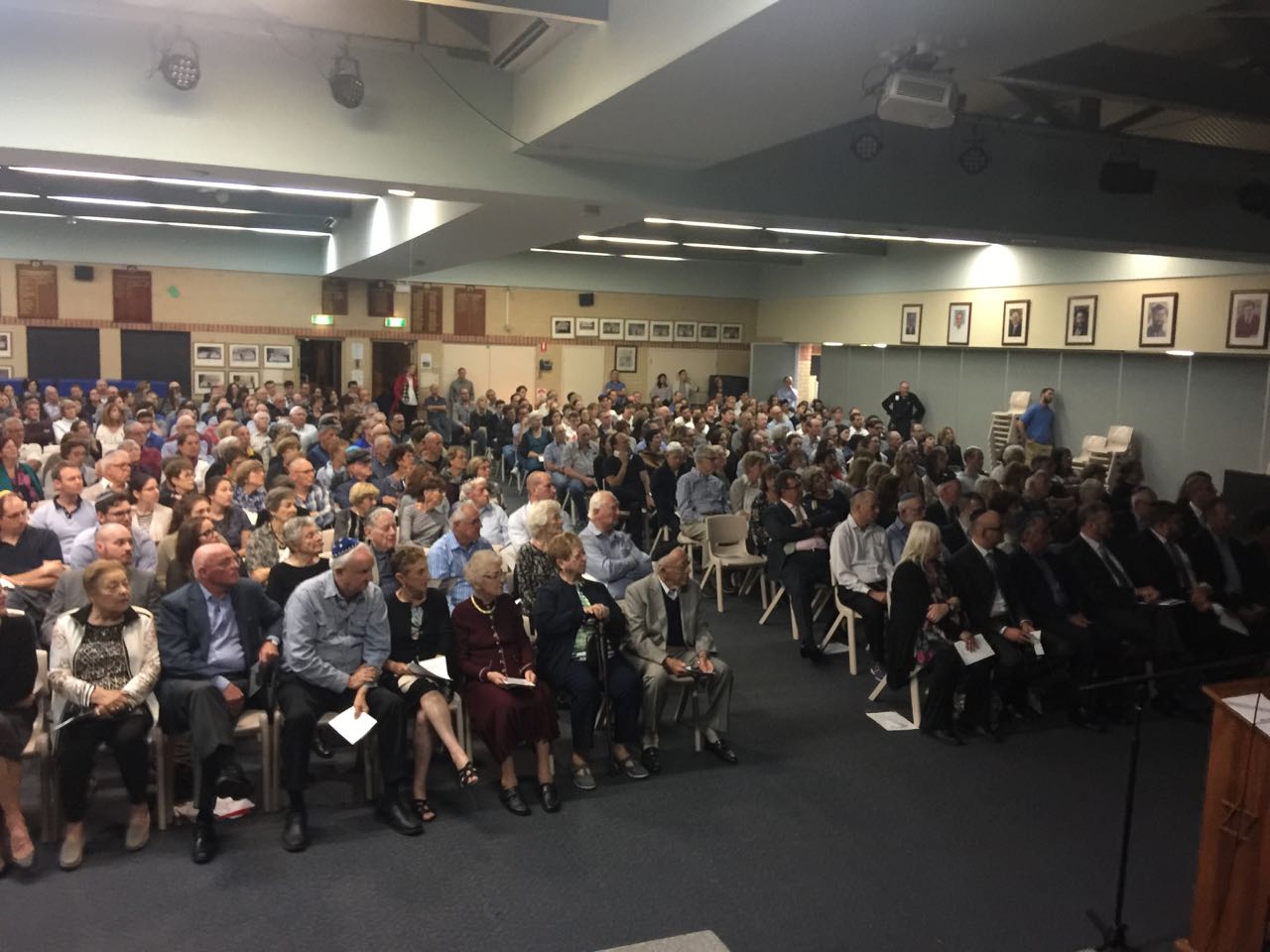 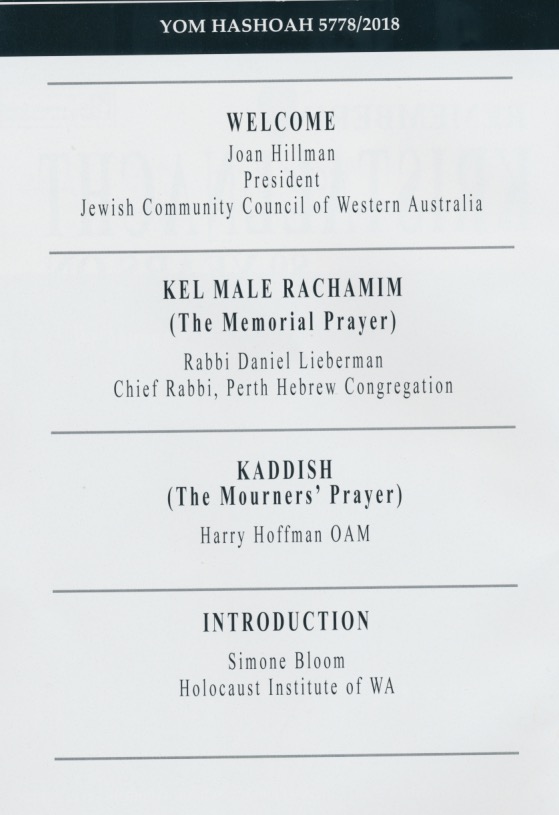 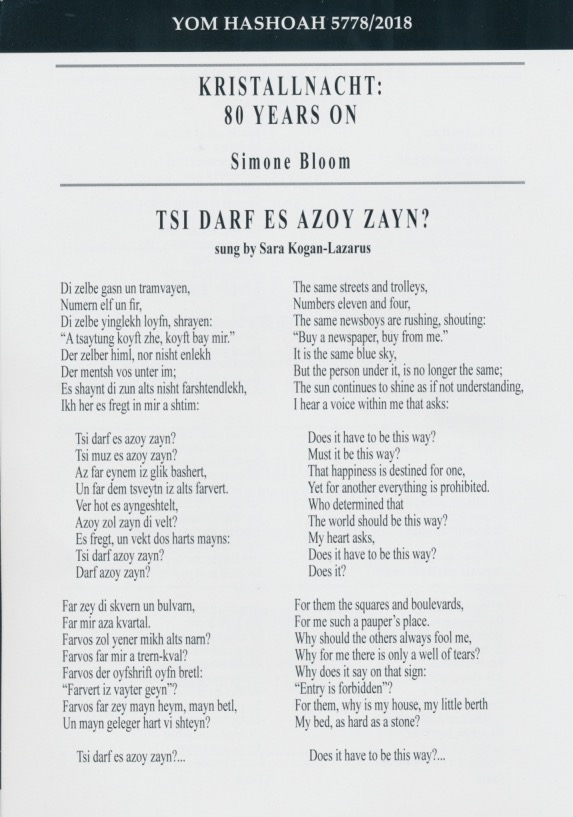 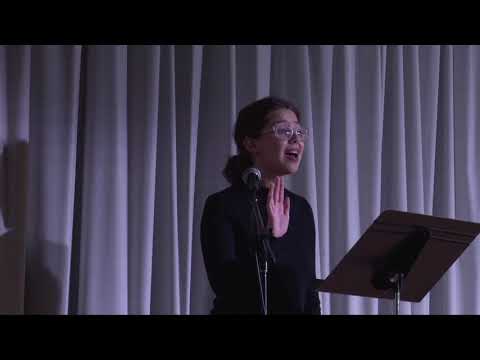 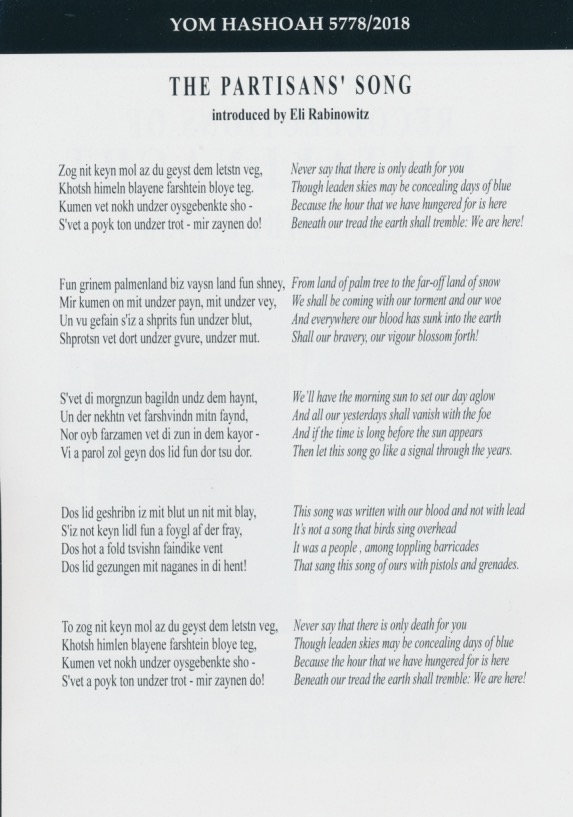 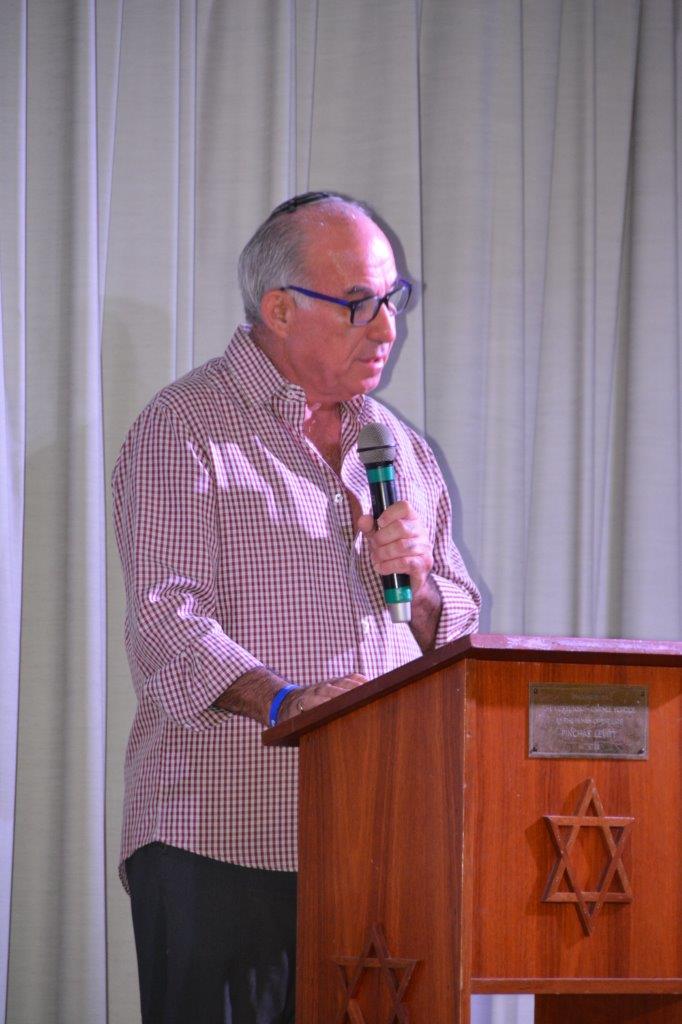 The Partisans’ Song, Zog Nit Keynmol, written by Hirsh Glik, age 22, in the Vilna Ghetto in 1943, is one of the most powerful songs of resistance and defiance ever written.

After music was added, it became the hymn of the Jewish Partisans, the rallying cry to never give up hope and to continue fighting the Nazis.

It was the anthem of those incarcerated in the ghettos and in the camps, and since the end of the Shoah, it has been sung around the world as the Holocaust Survivors’ anthem.

“Glik wrote a poem dedicated to the Jewish catastrophe, resistance and perseverance.

Now the poem belongs to the young post-war generations of proud Jews who accept the torch of Jewish continuity and survival into their hands.”

So what happens now as our survivors depart the centre stage? The next generations will need to embrace Hirsh Glik’s legacy!

In January 2017 I was invited by King David Schools in Johannesburg to address their 1000 high school students to explain the meaning and significance of the Partisans’ Song, which is recited in Yiddish at their Holocaust commemorations.

I achieved this by using short video clips and other social media to bring it to life.

The Partisans’ Song Project was born.

Through the support of World ORT, schools in the Former Soviet Union added their own videos to the project and participated in online collaborations hosted by Herzlia School in Cape Town.

The project continues to grow through the activities of these schools and the availability of the resources on my website.

The Partisans’ Song resonates with the broader community as well. Paul Robeson sang it in Yiddish as a protest song at his concert in Moscow in 1949. Others have also adopted the song.

Presentations to black school students in South Africa, and to student teachers at Edith Cowan University, are important recent additions to the project.

Please give meaning to the significance and context to the Partisans’ Song, written by Hirsh Glik 75 years ago. Please ensure that your children and grandchi…

As we sing Zog Nit Keynmol, now with a better understanding, let us all actively ensure that our children and grandchildren embrace this legacy of hope for peace, and for a better world for all! 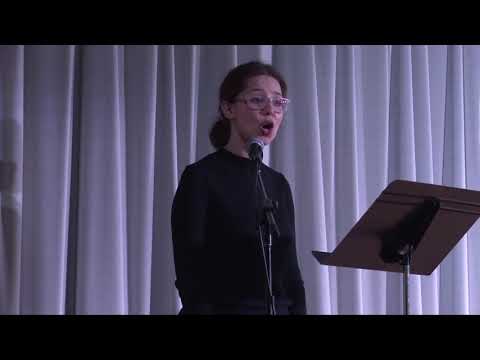 The intro by Simon Bloom 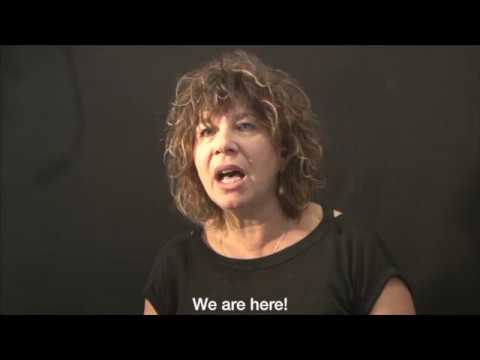 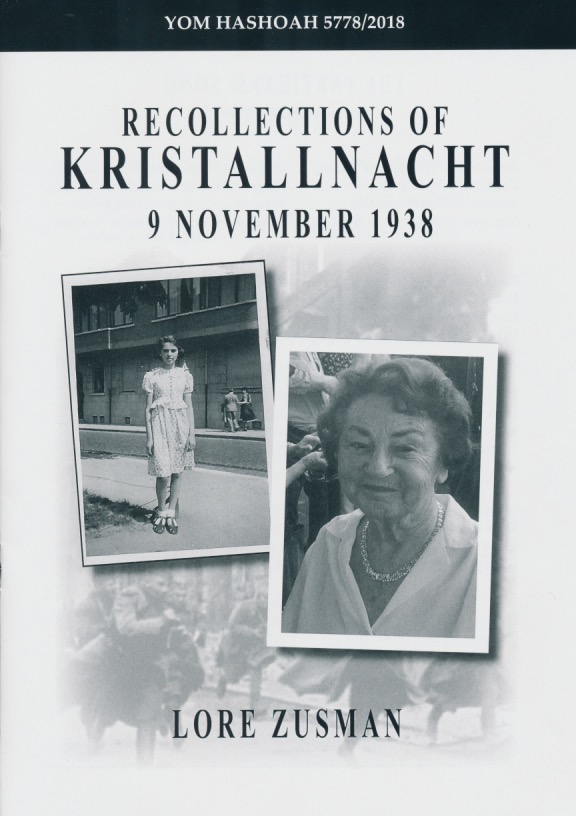 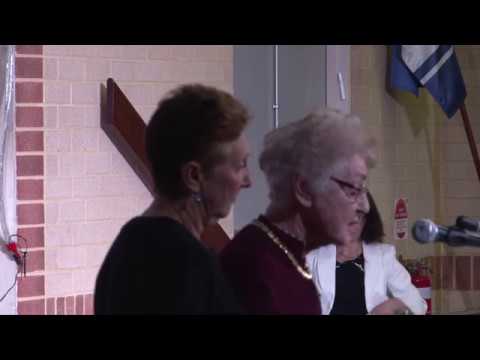 Sorry for the camera focus issues in the middle of this video! 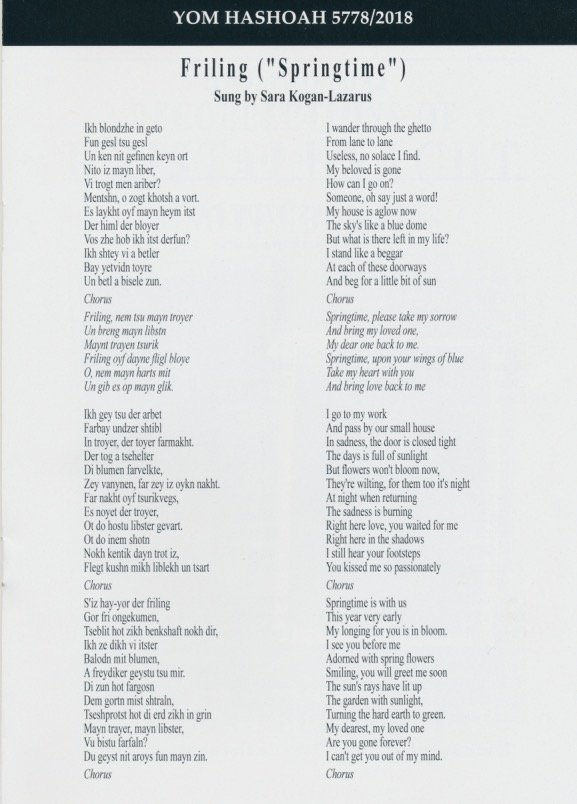 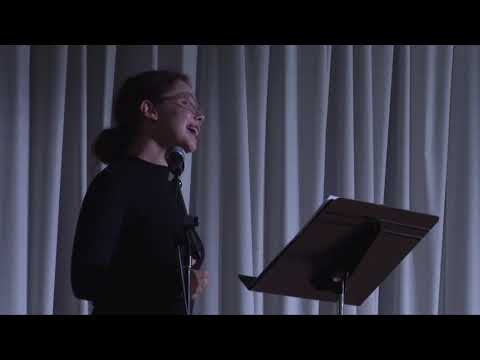 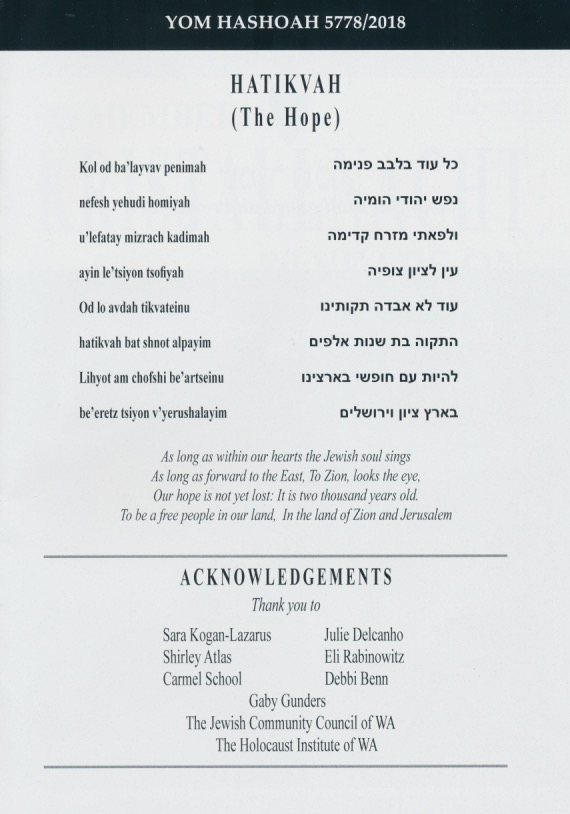 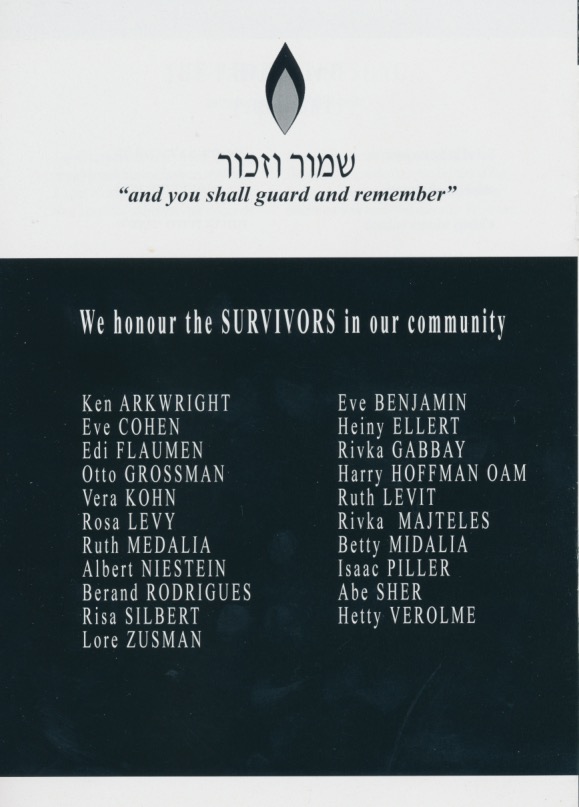 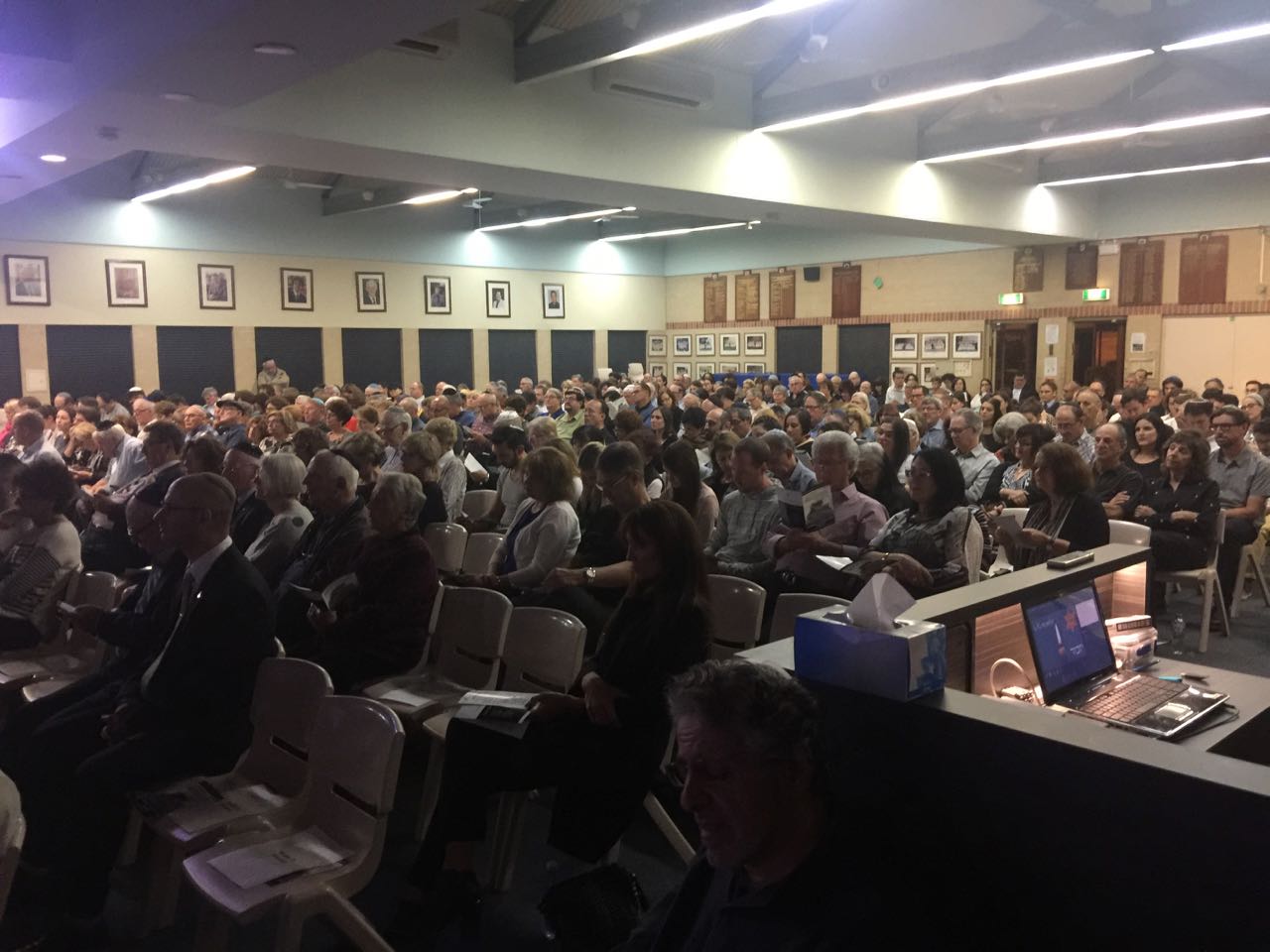 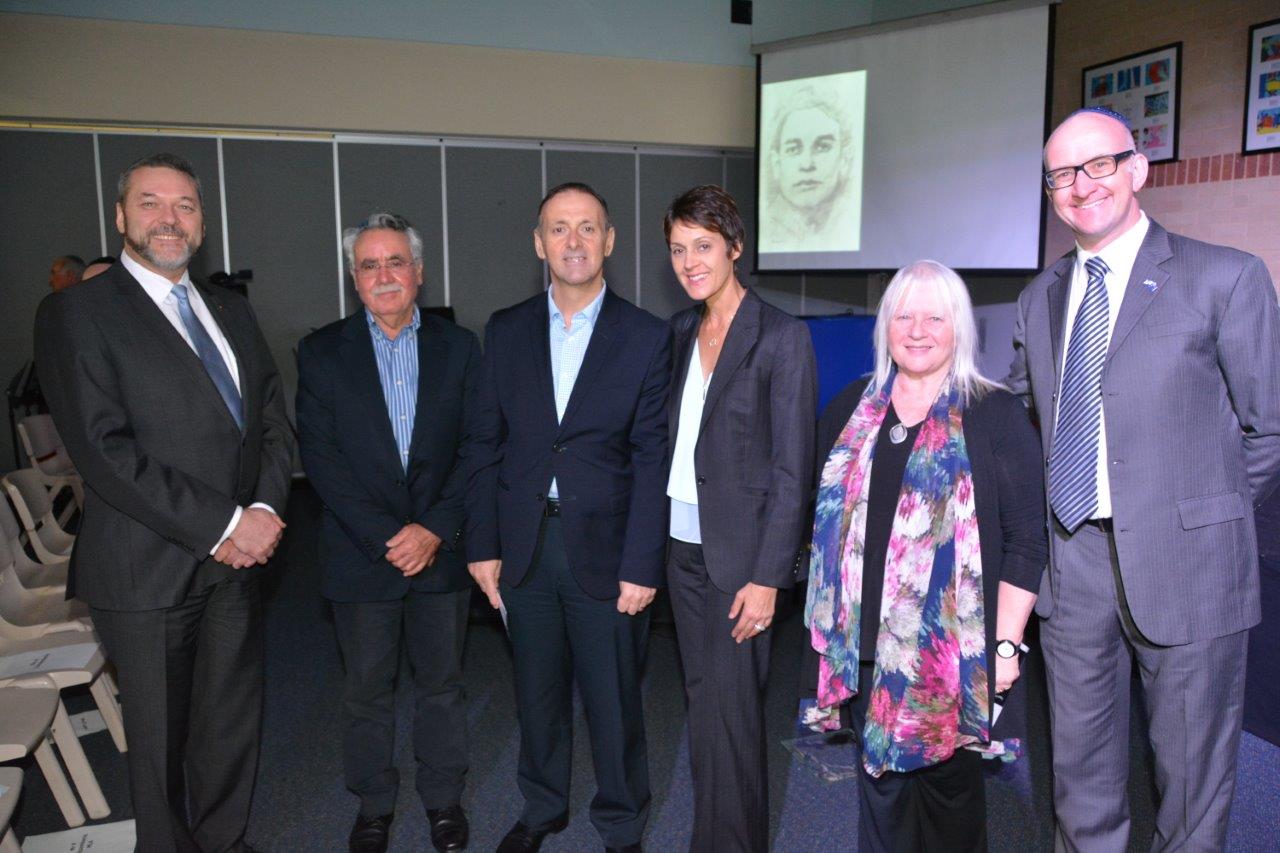