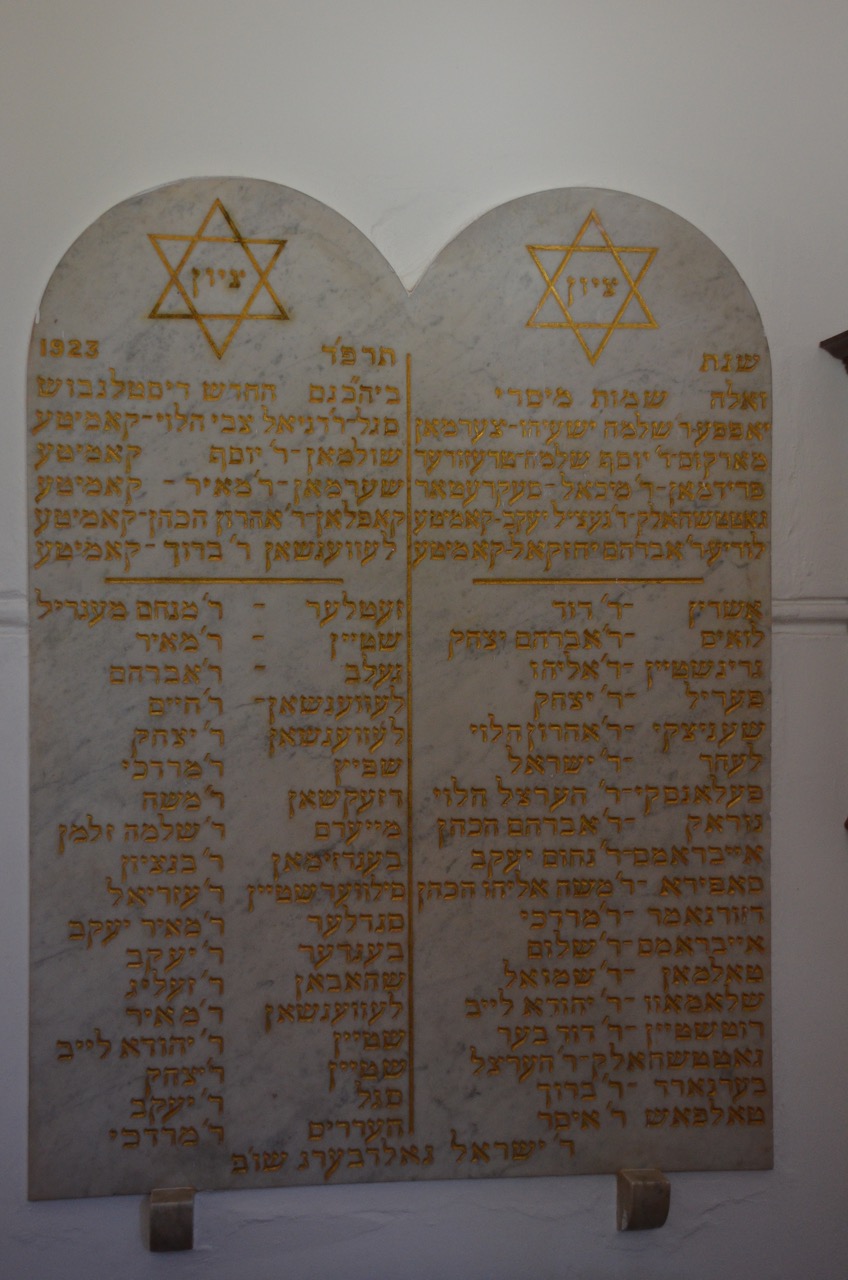 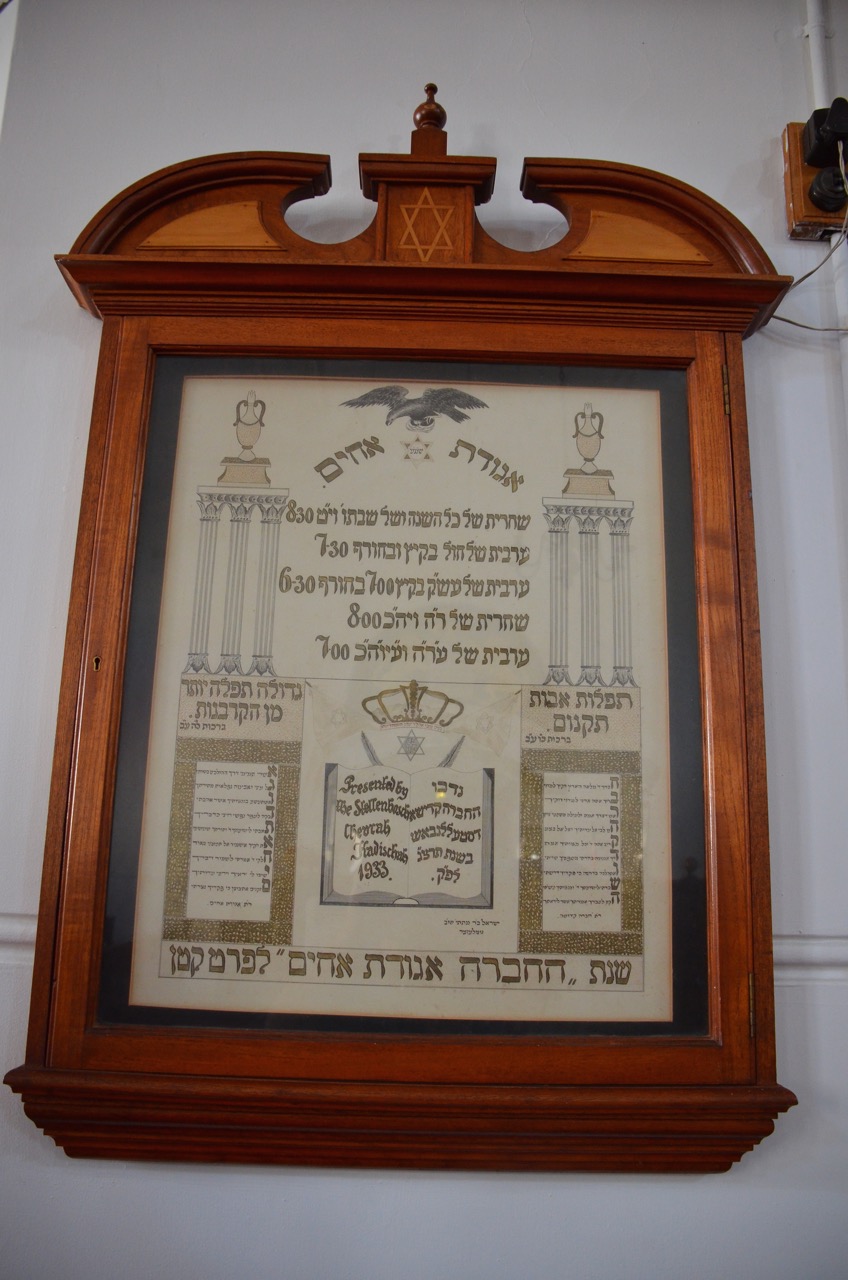 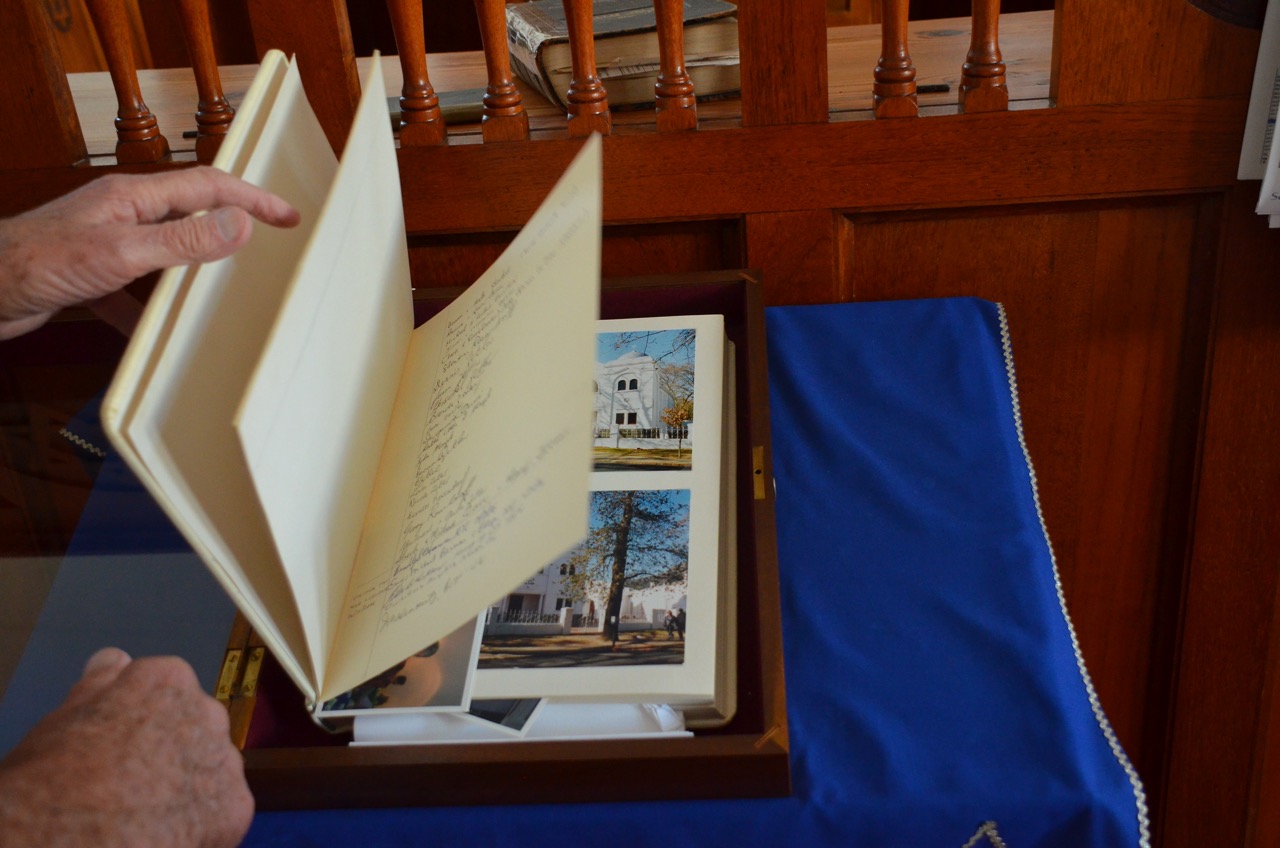 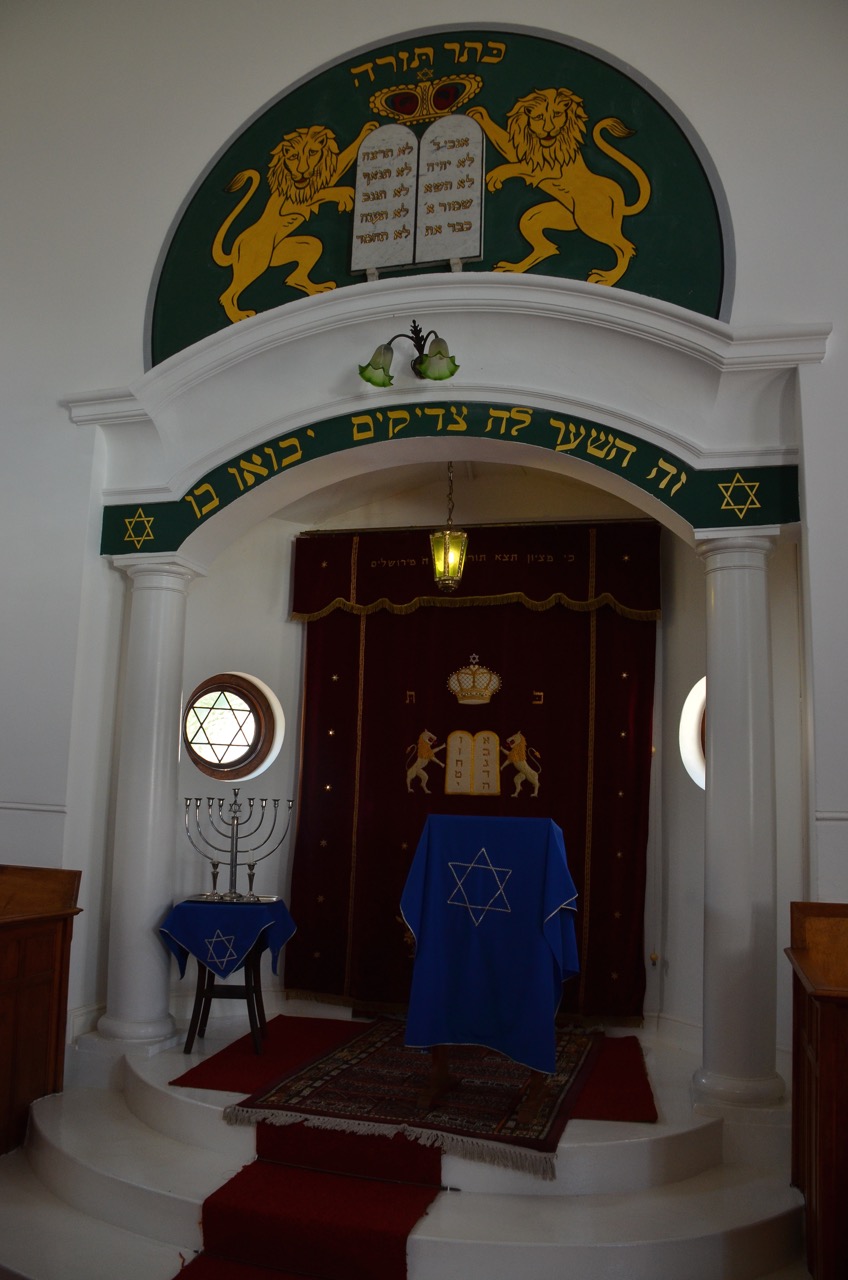 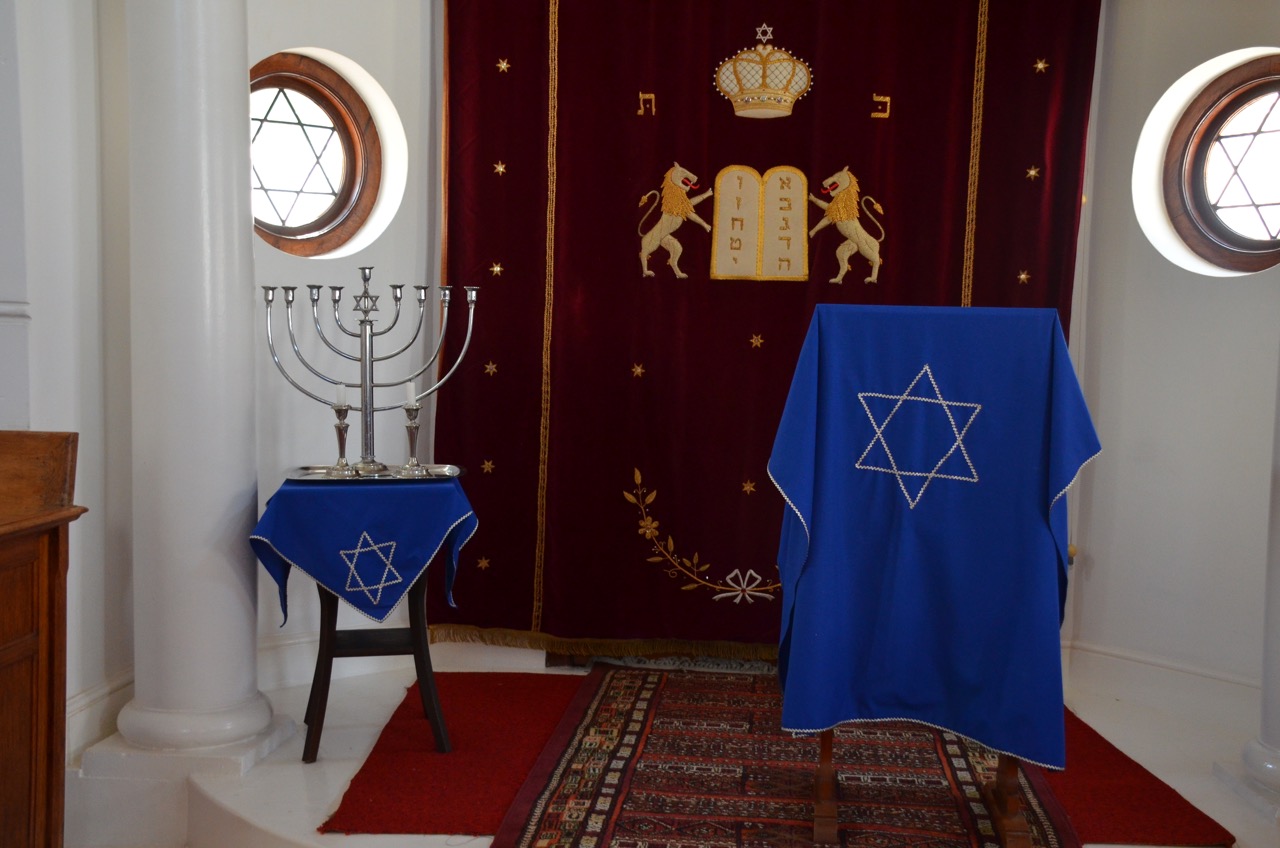 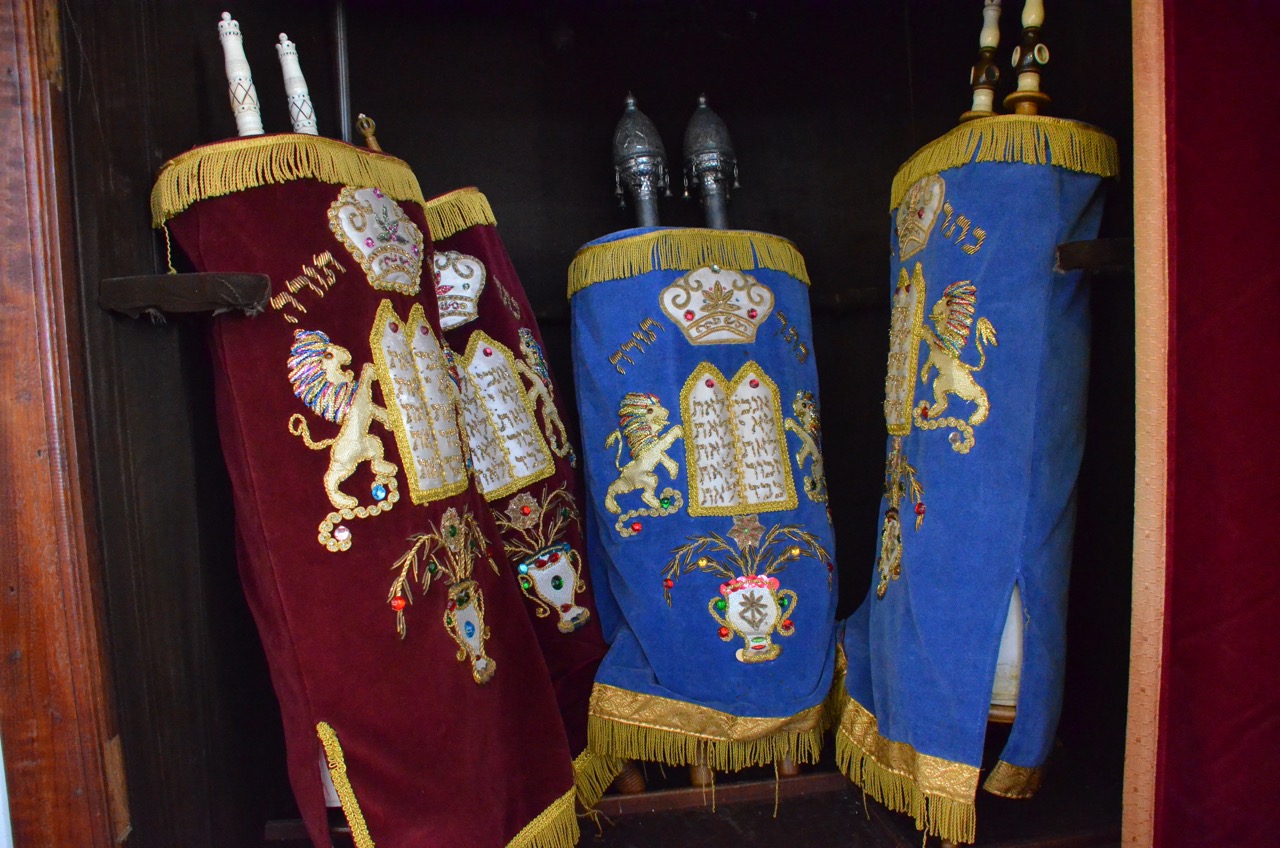 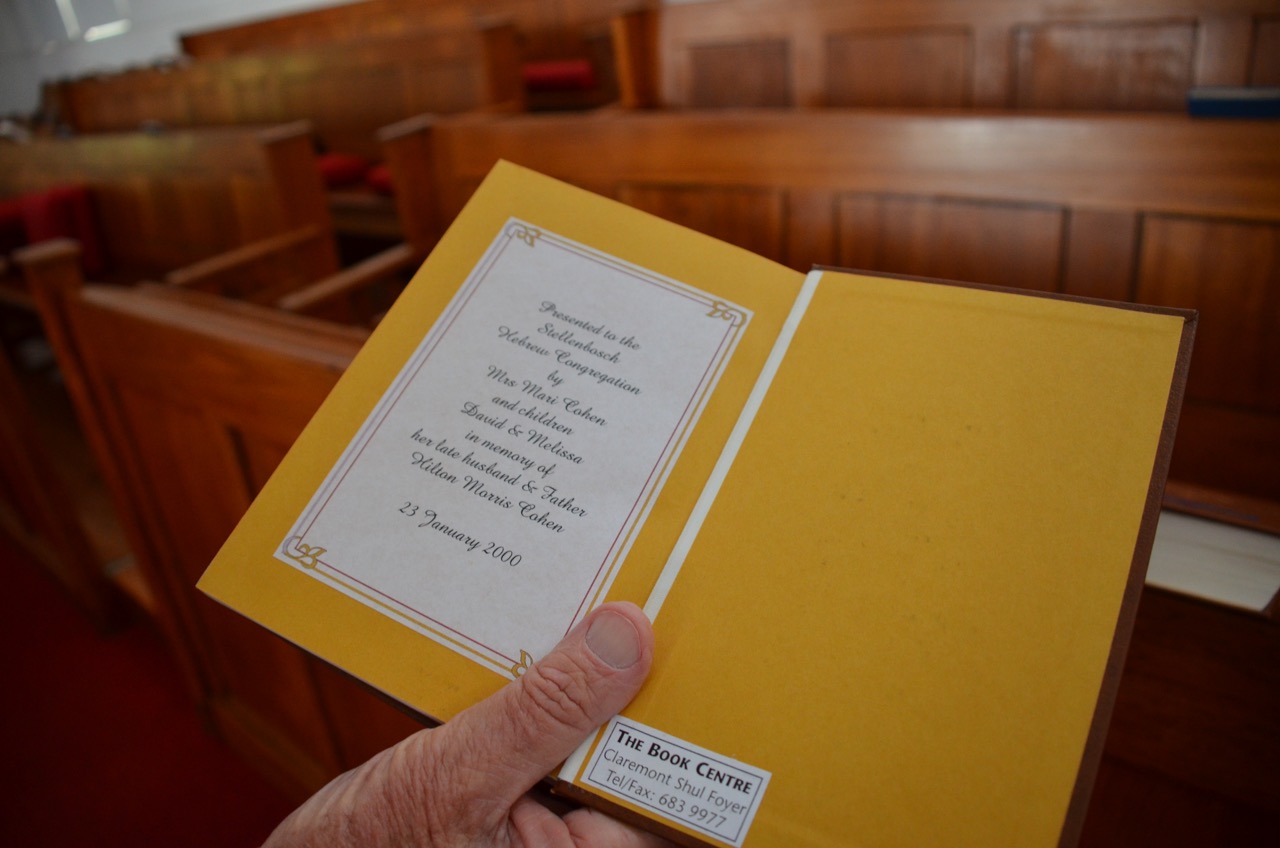 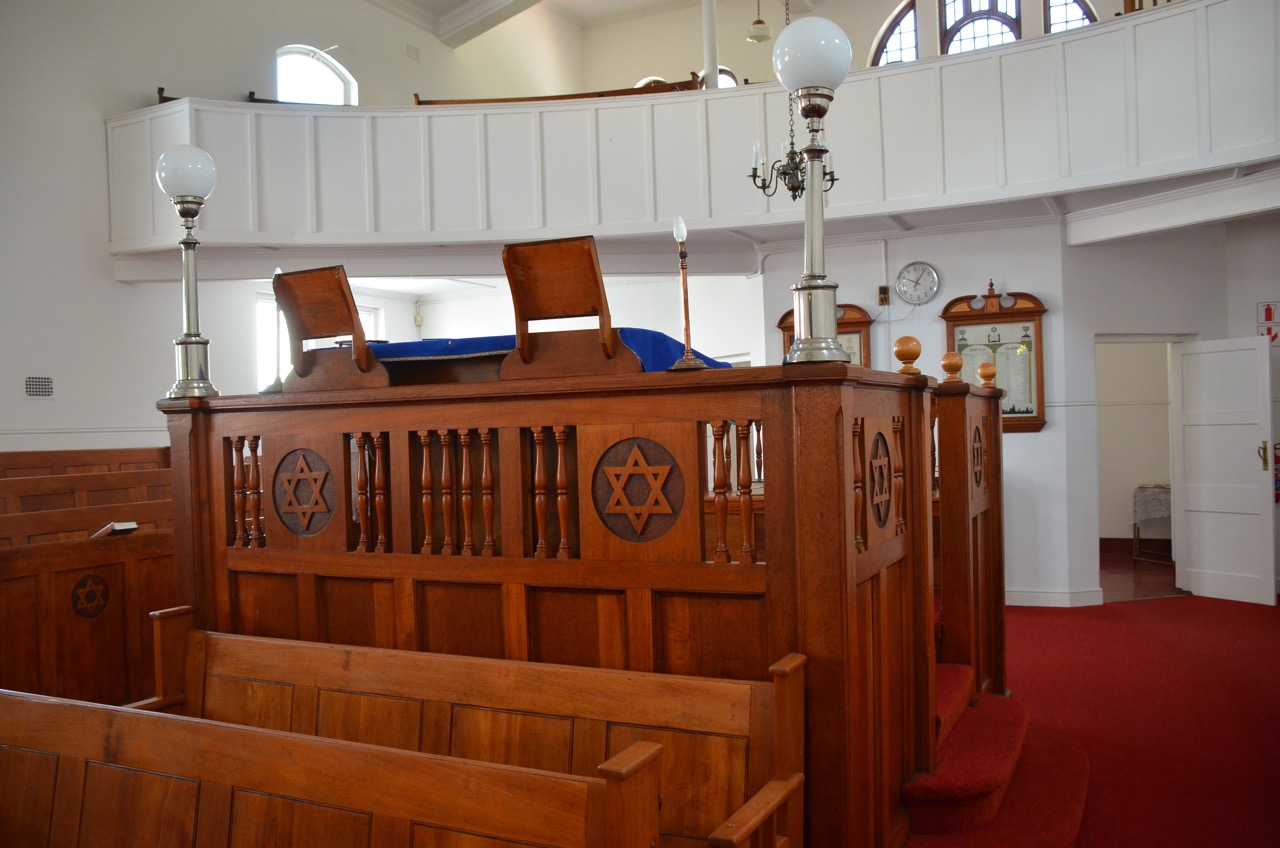 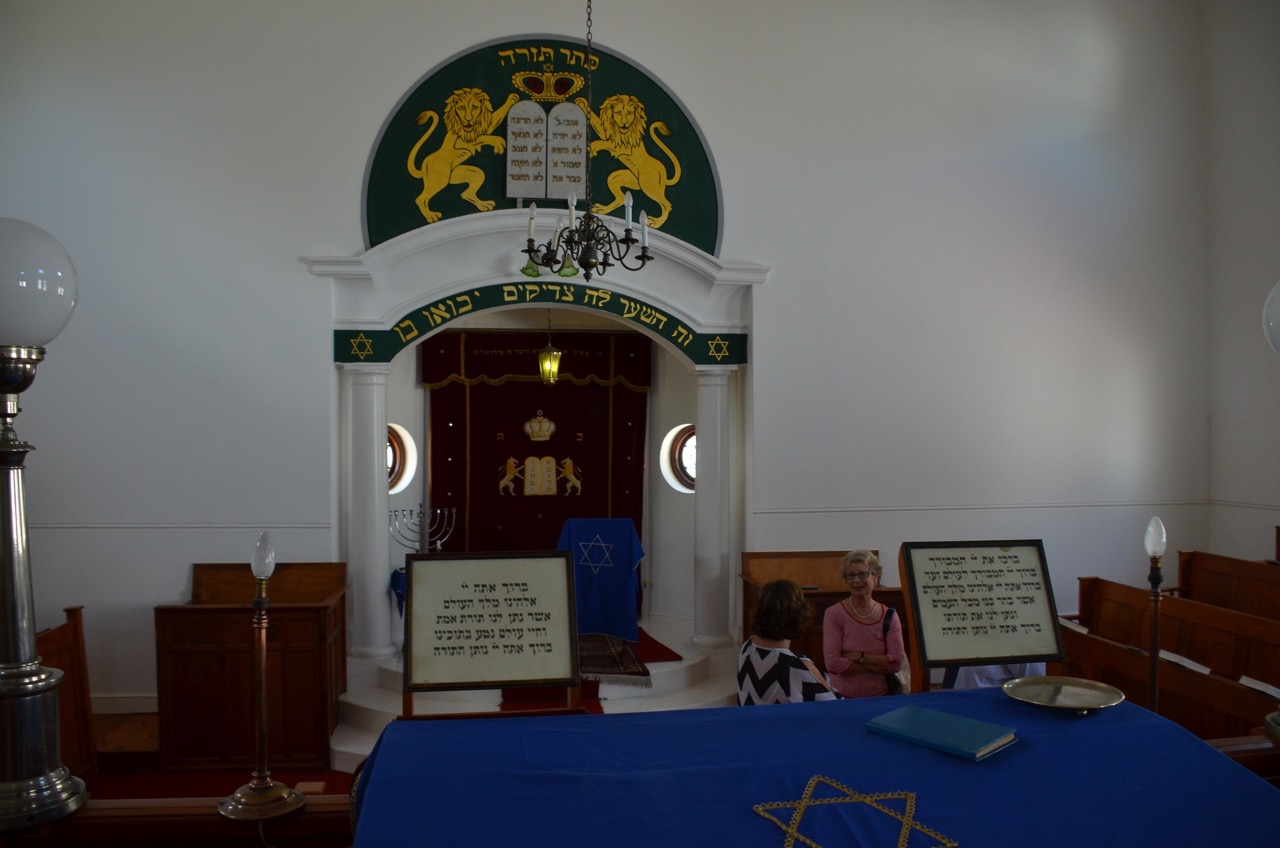 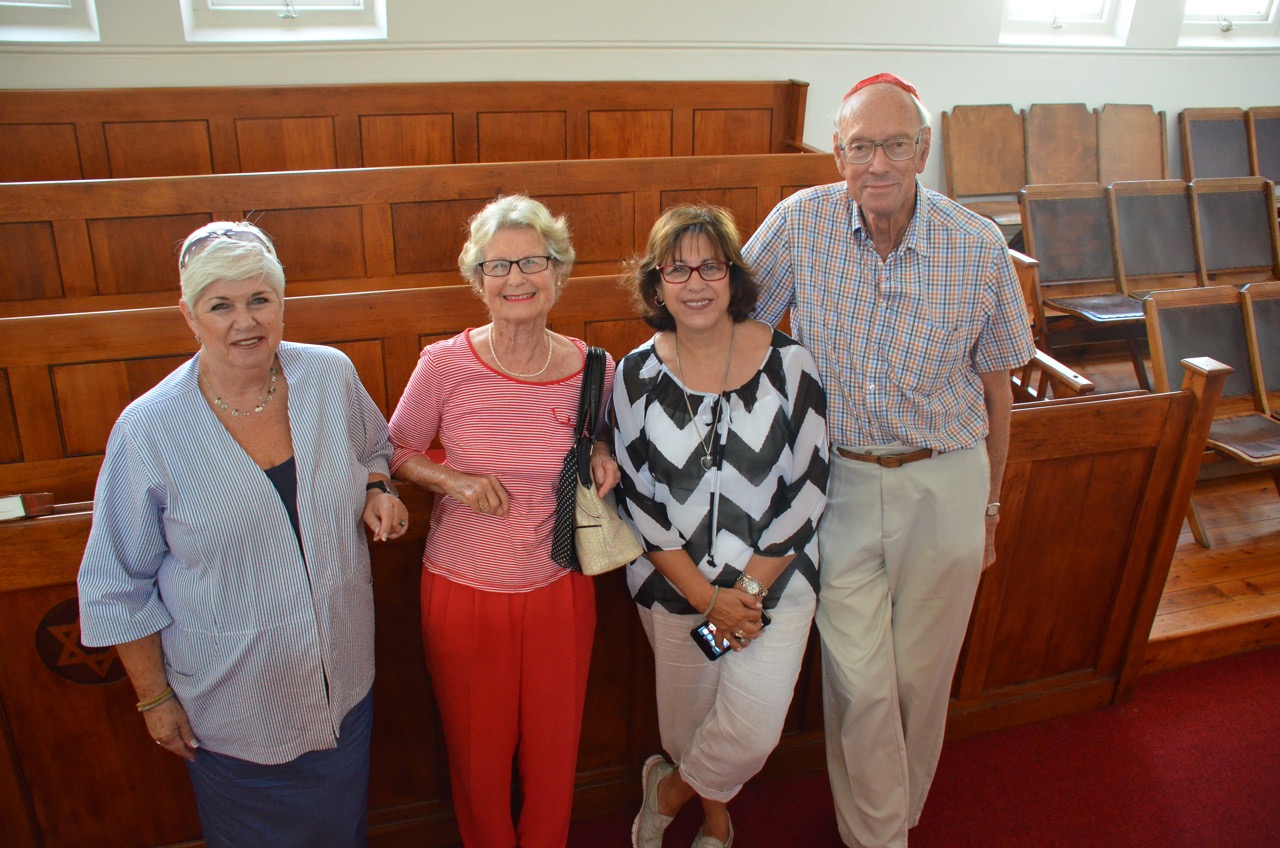 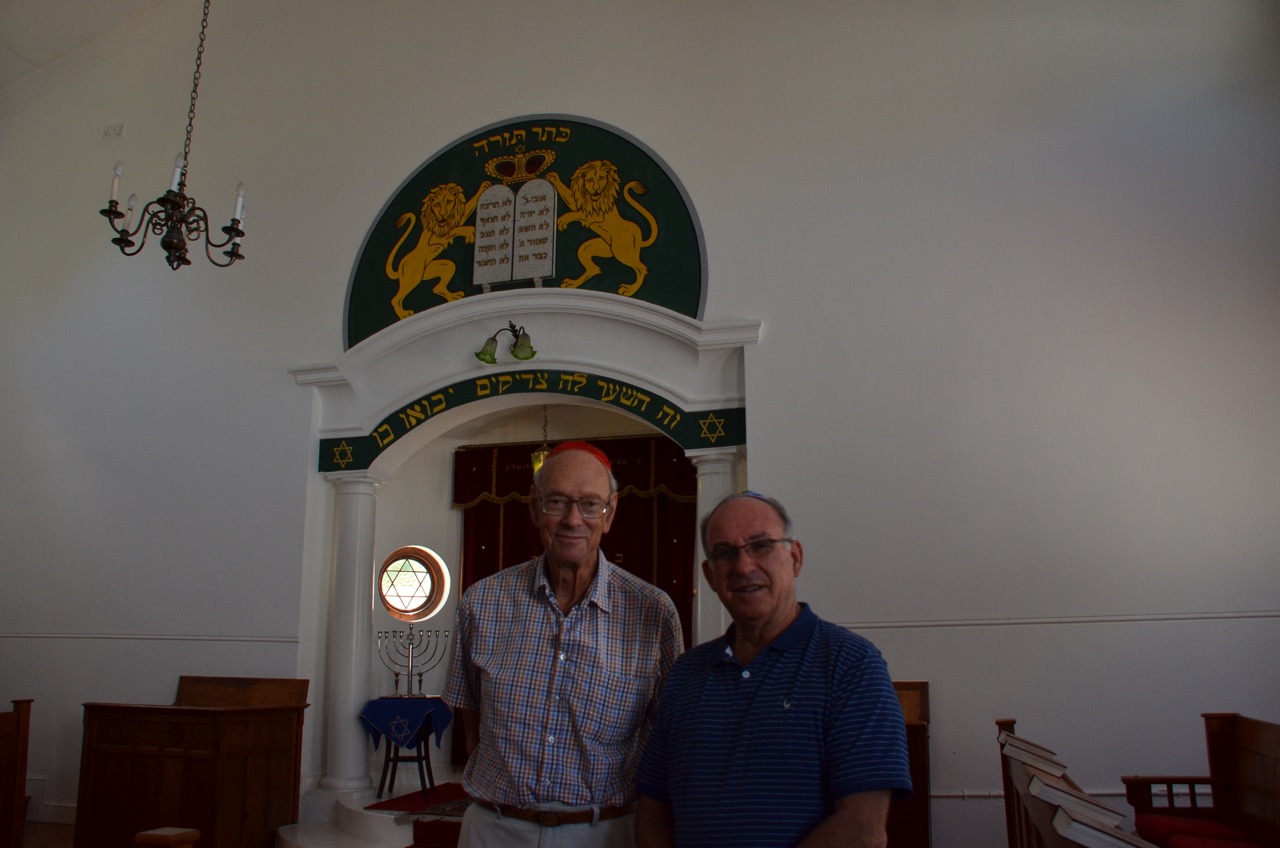 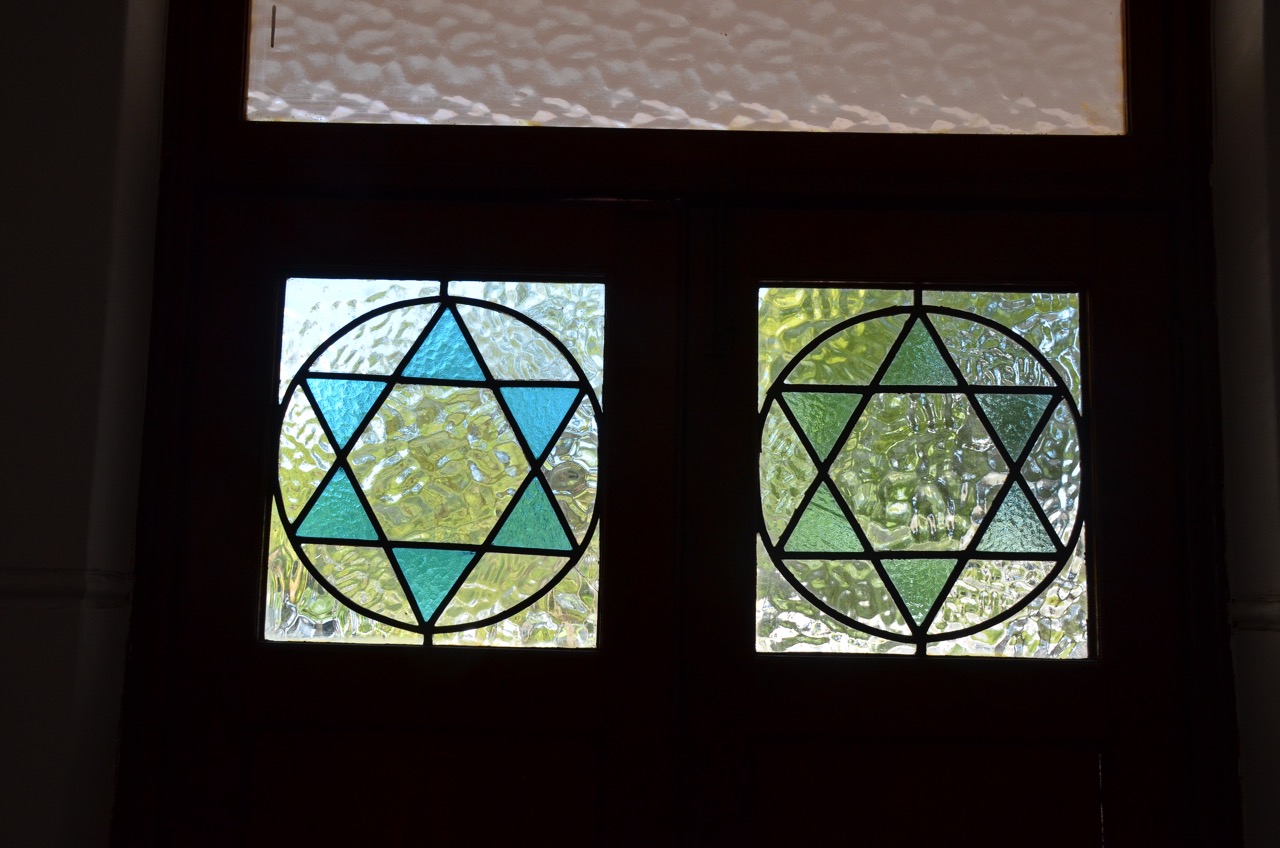 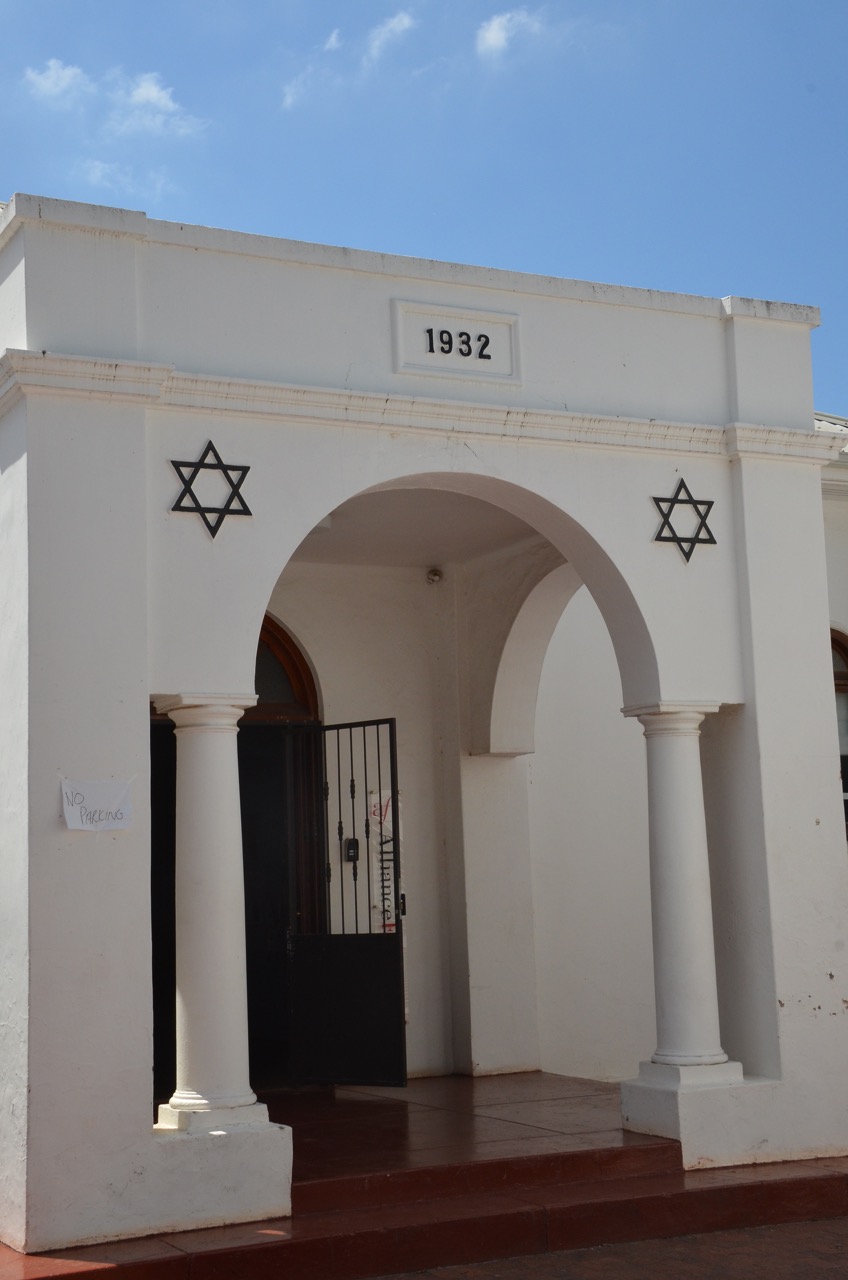 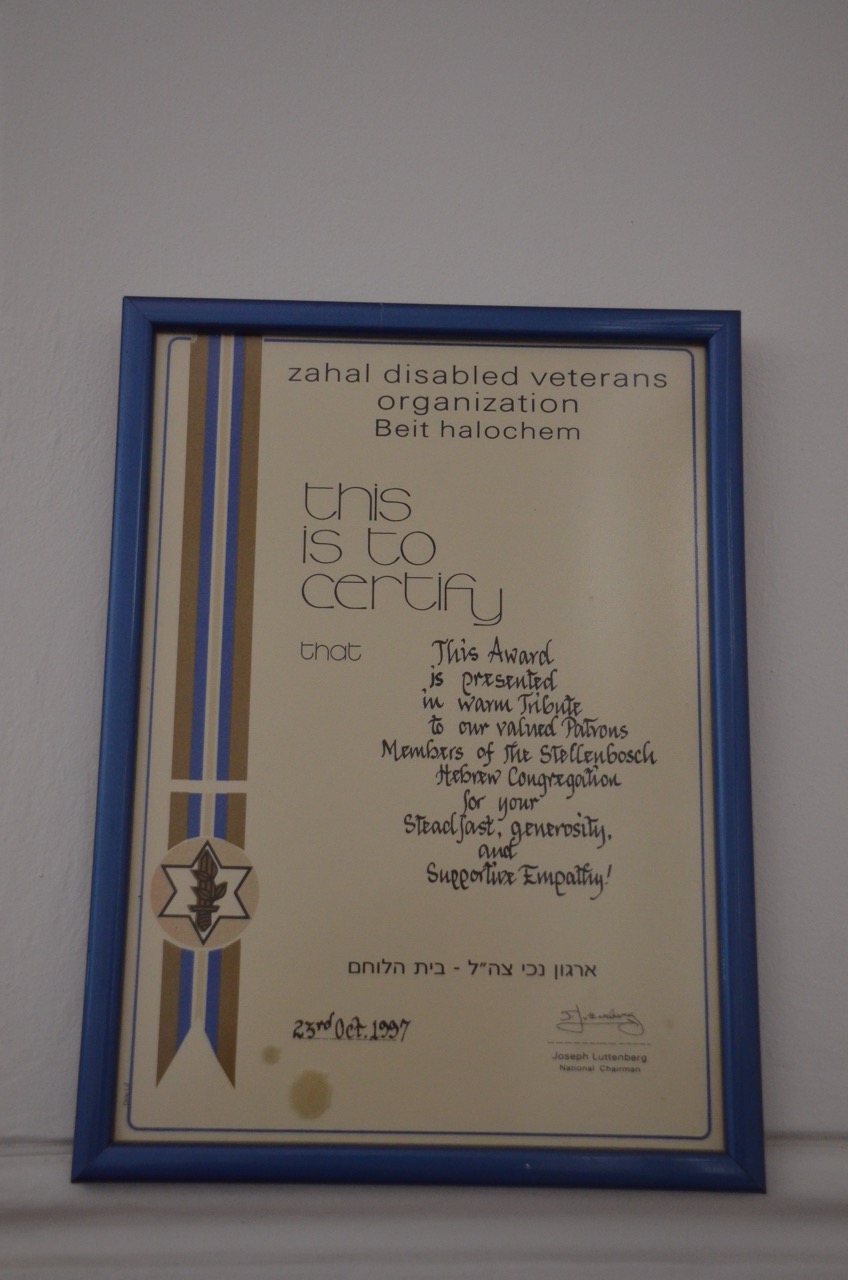 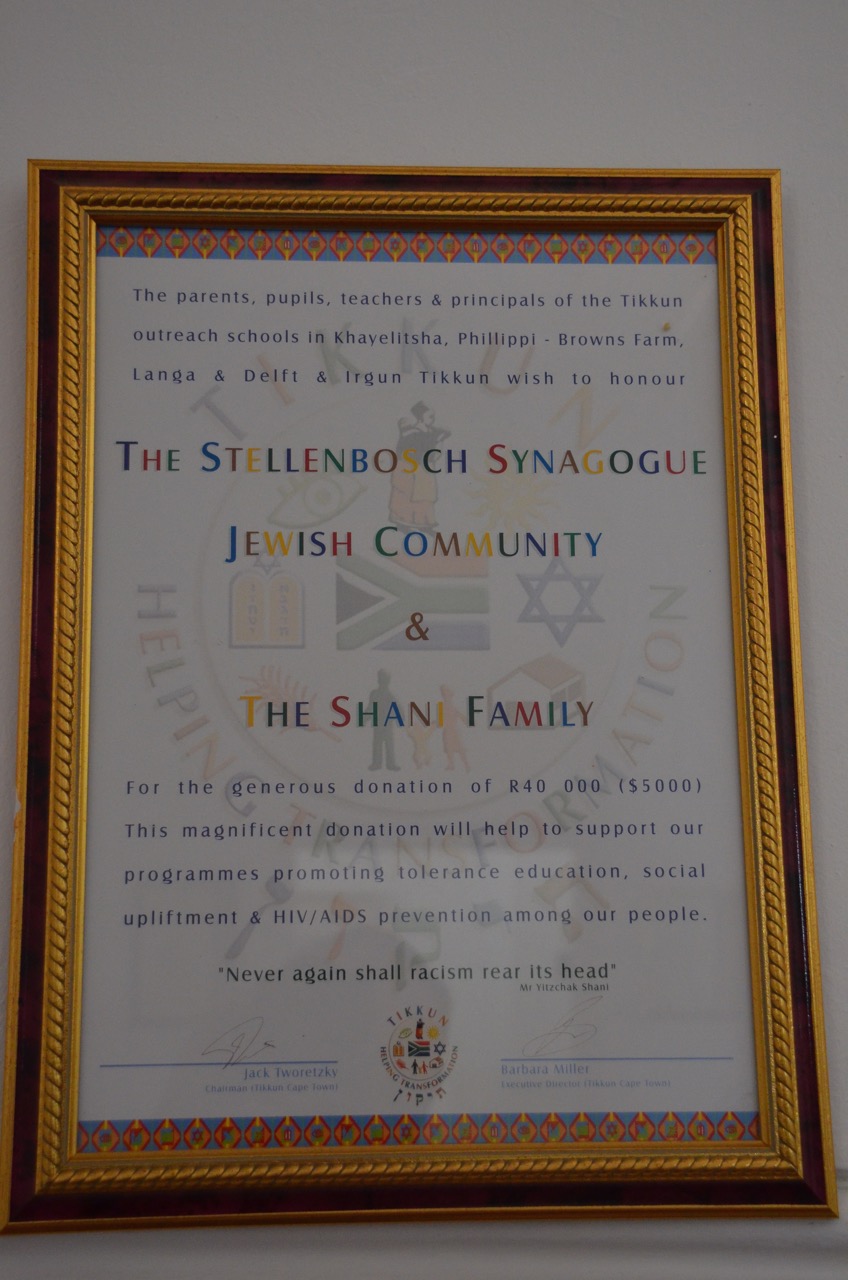 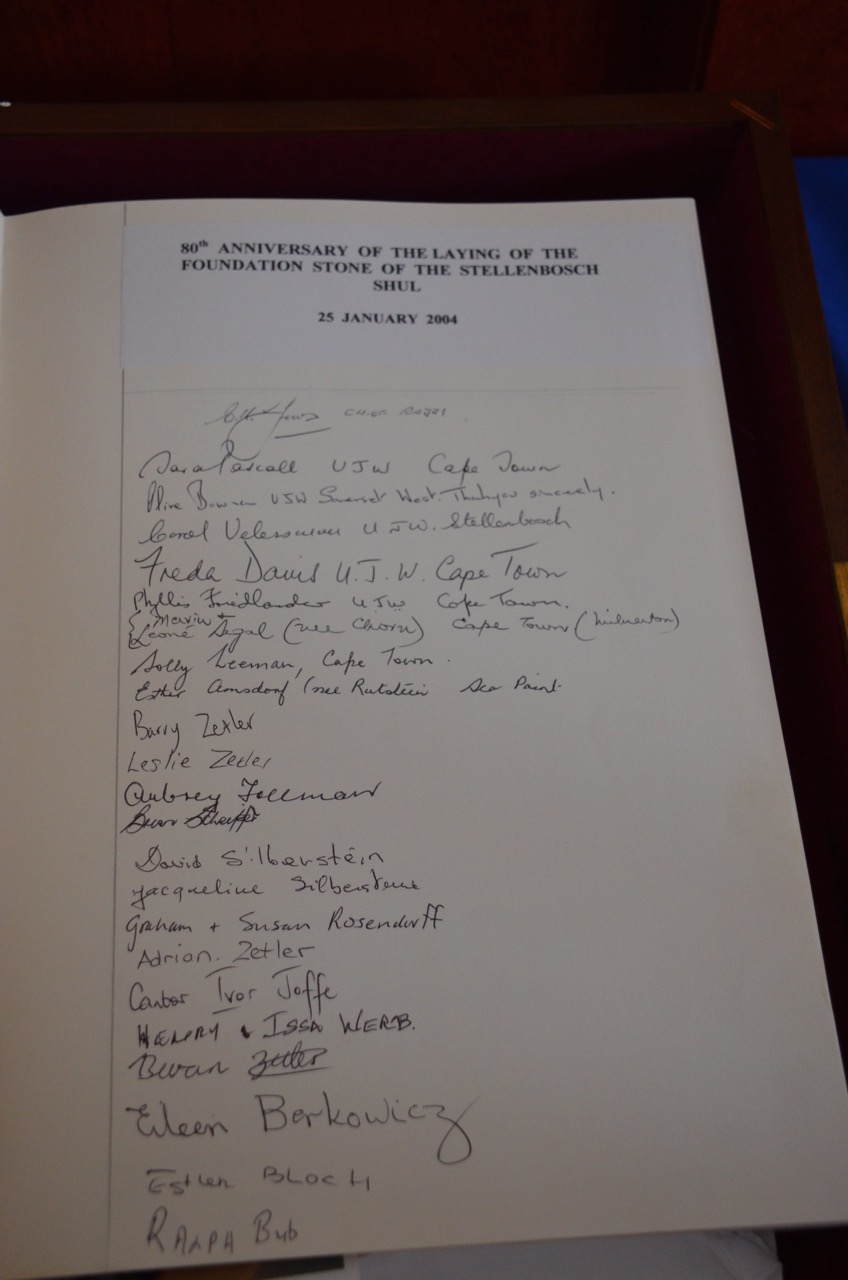 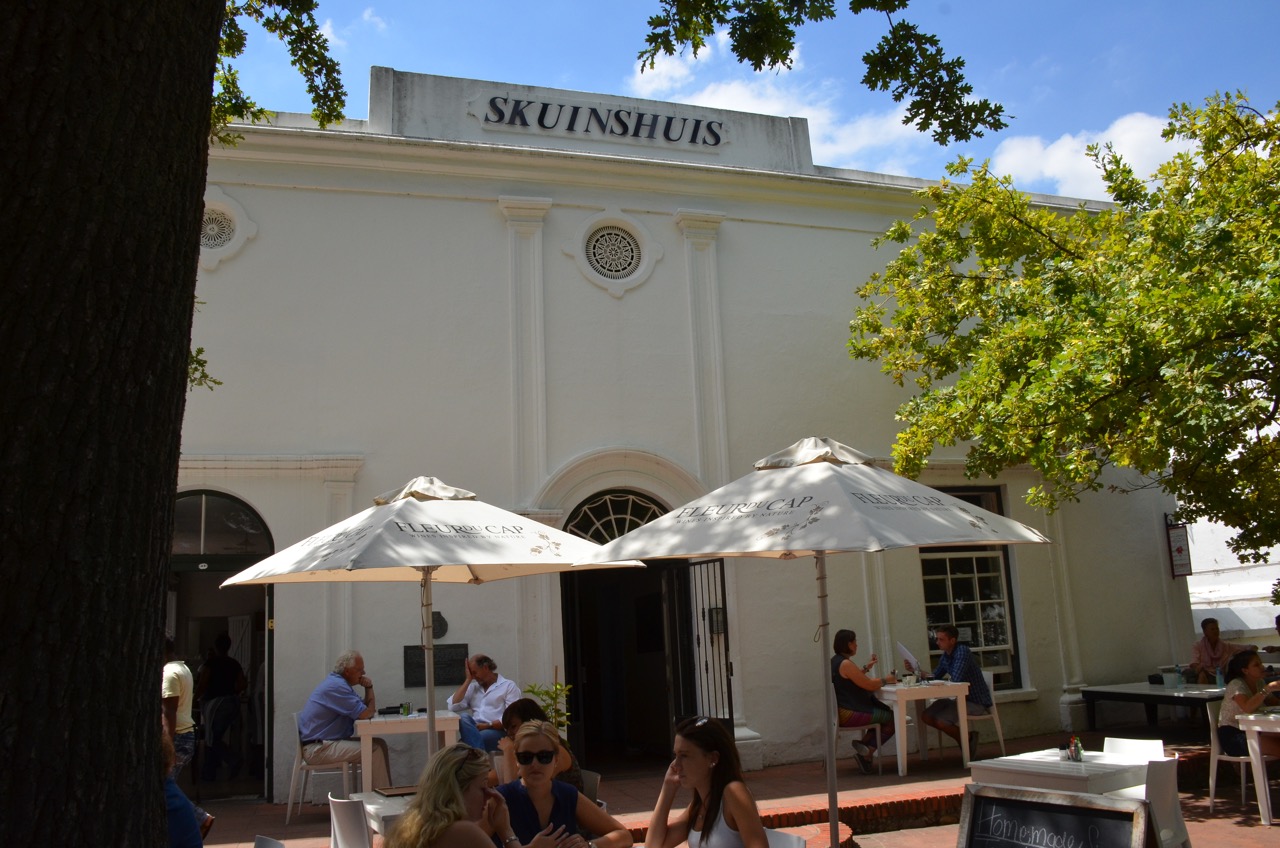 Add your own story of Jewish Life in Stellenbosch 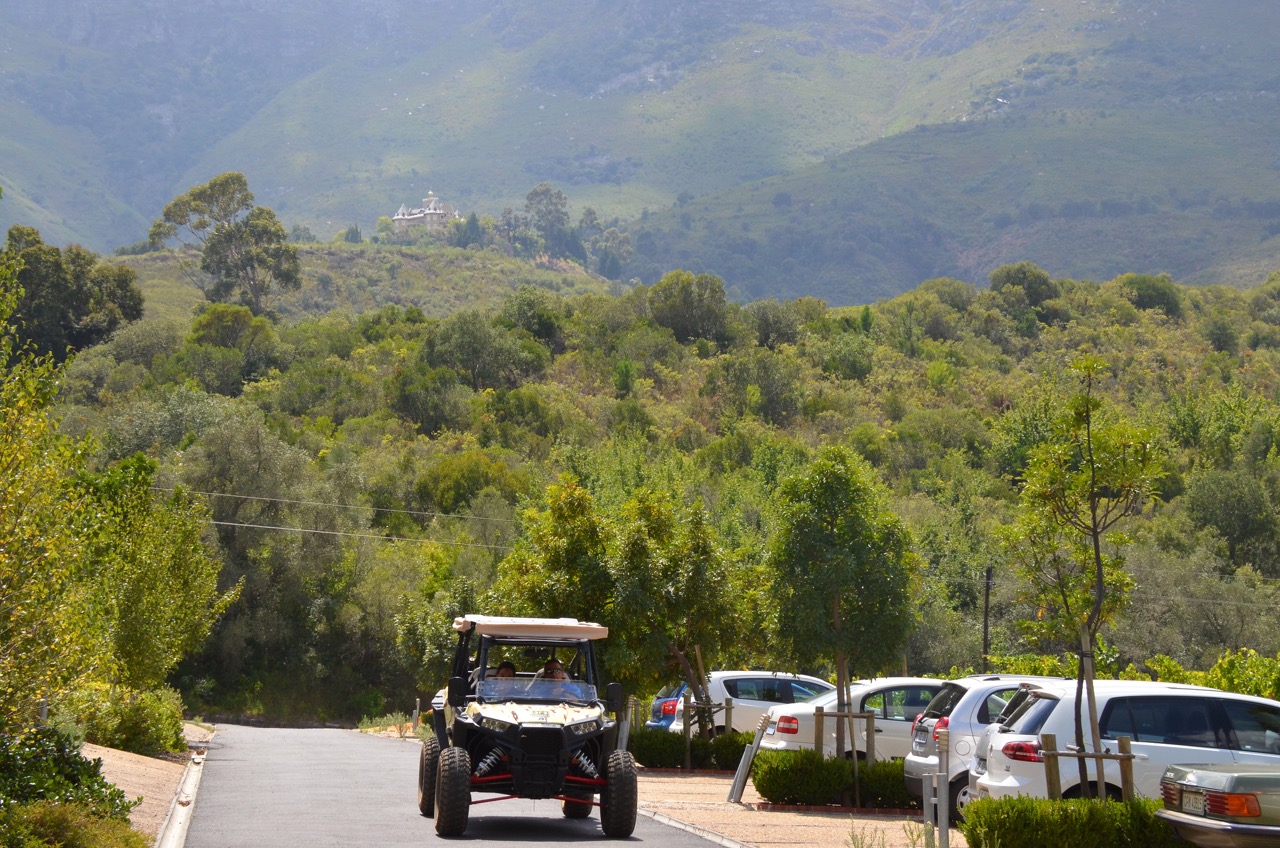 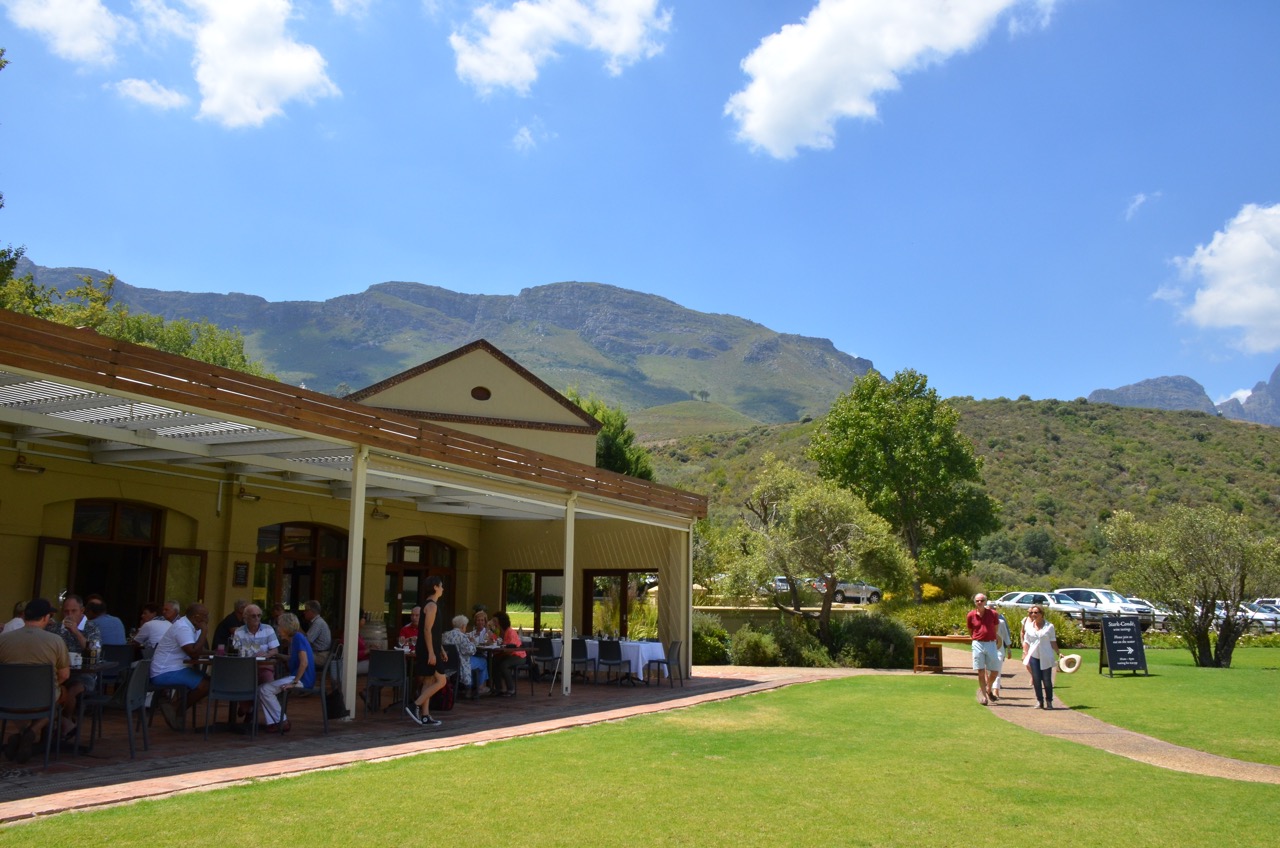 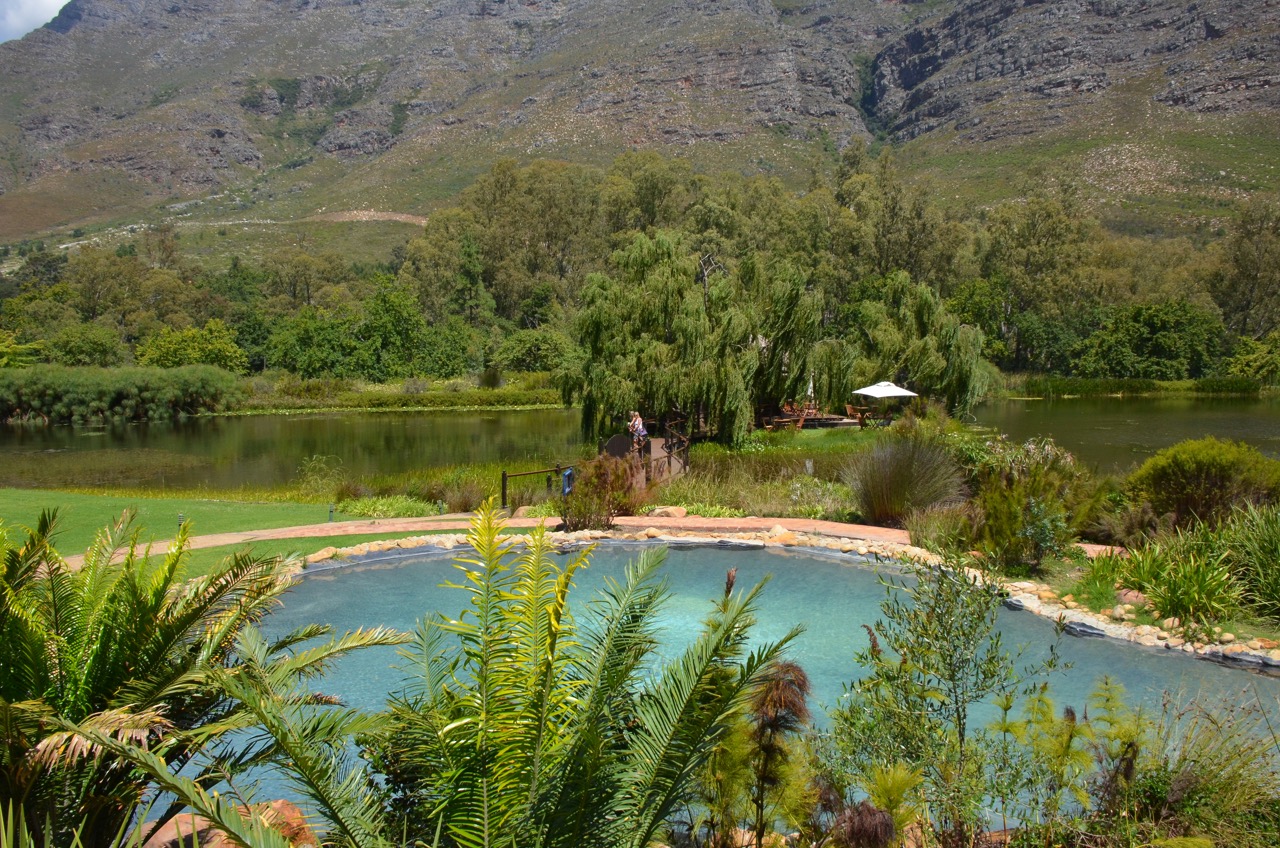 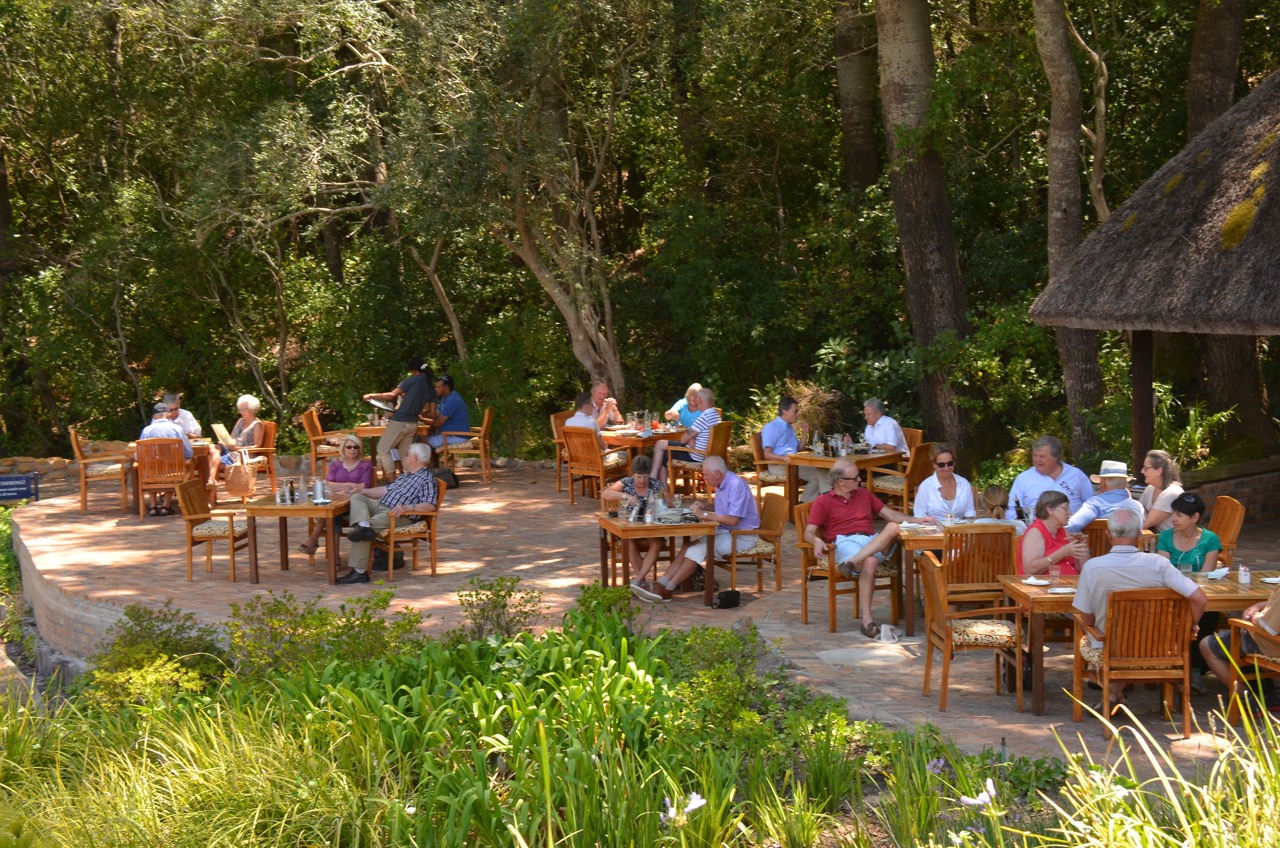 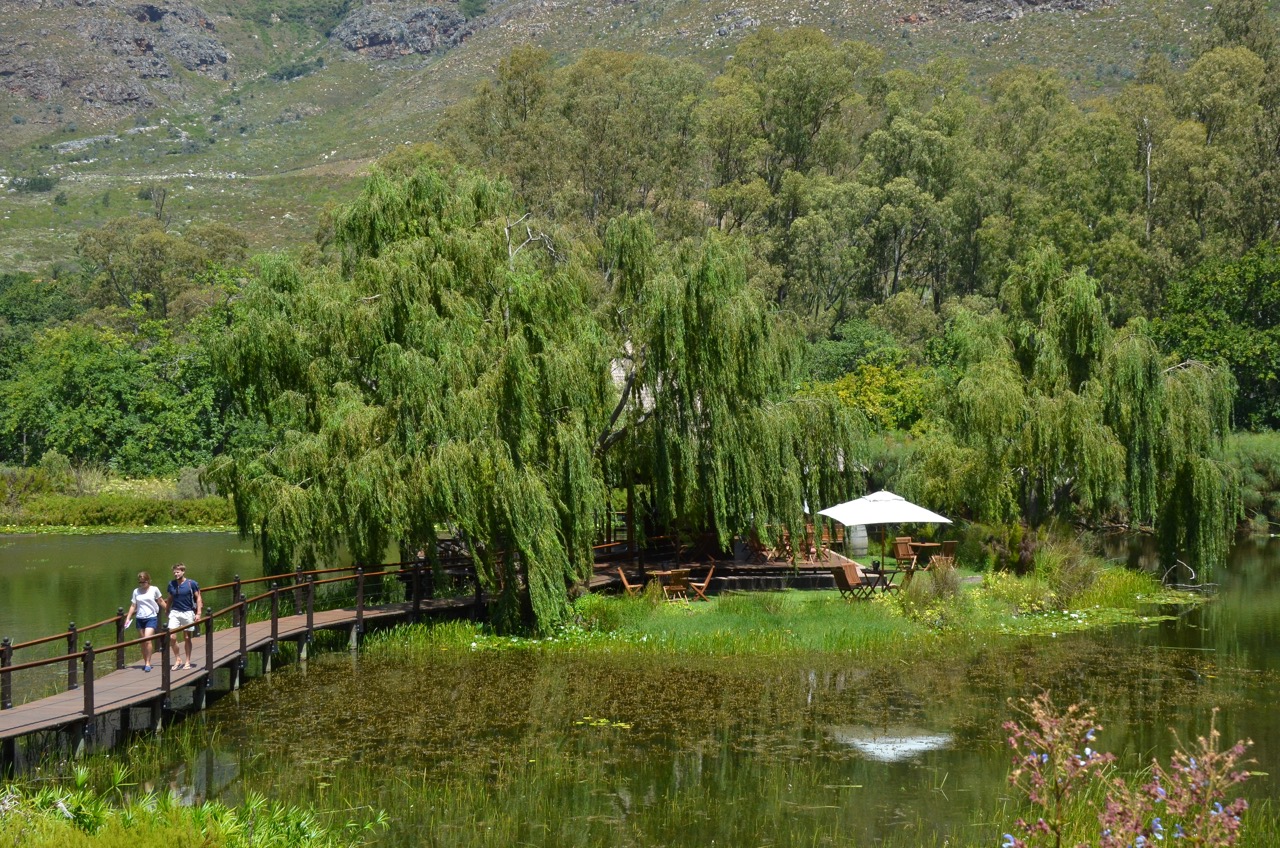 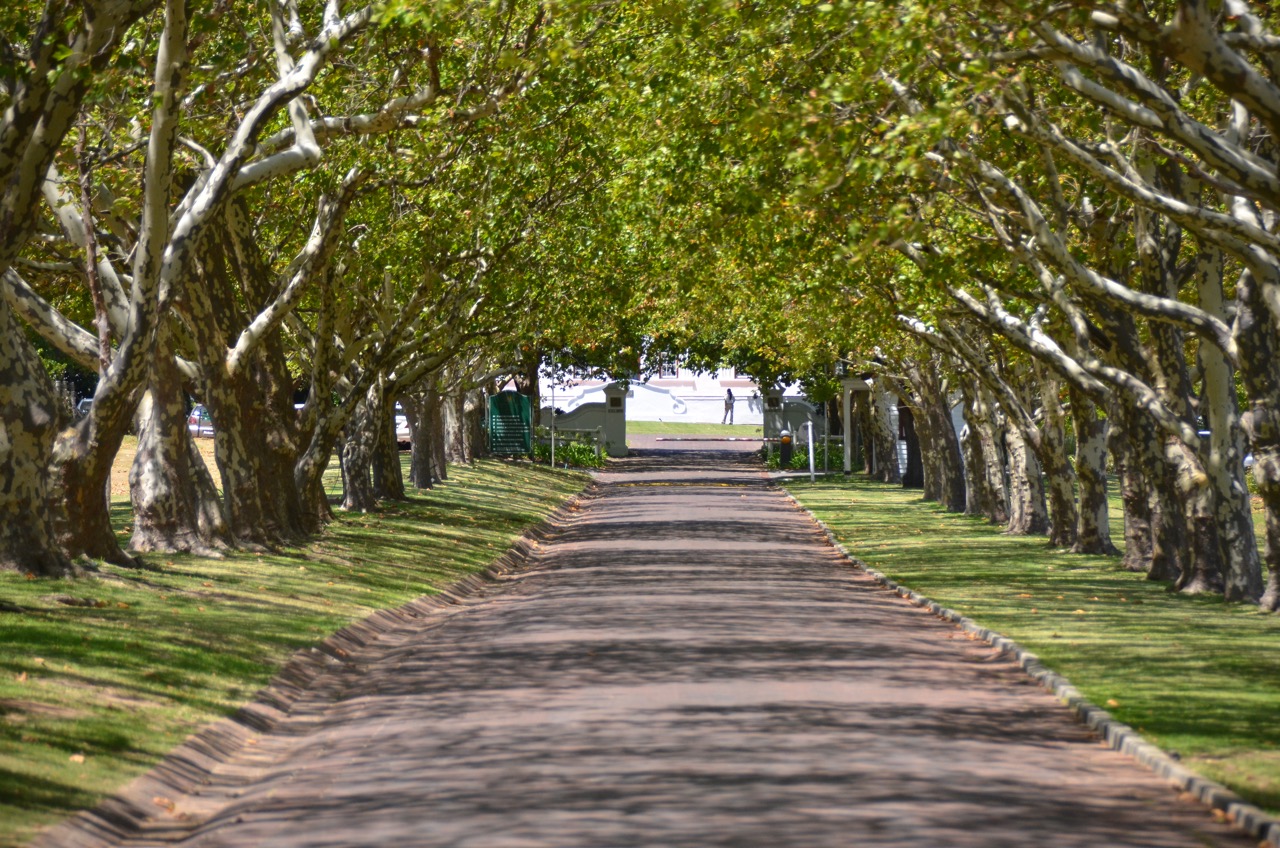 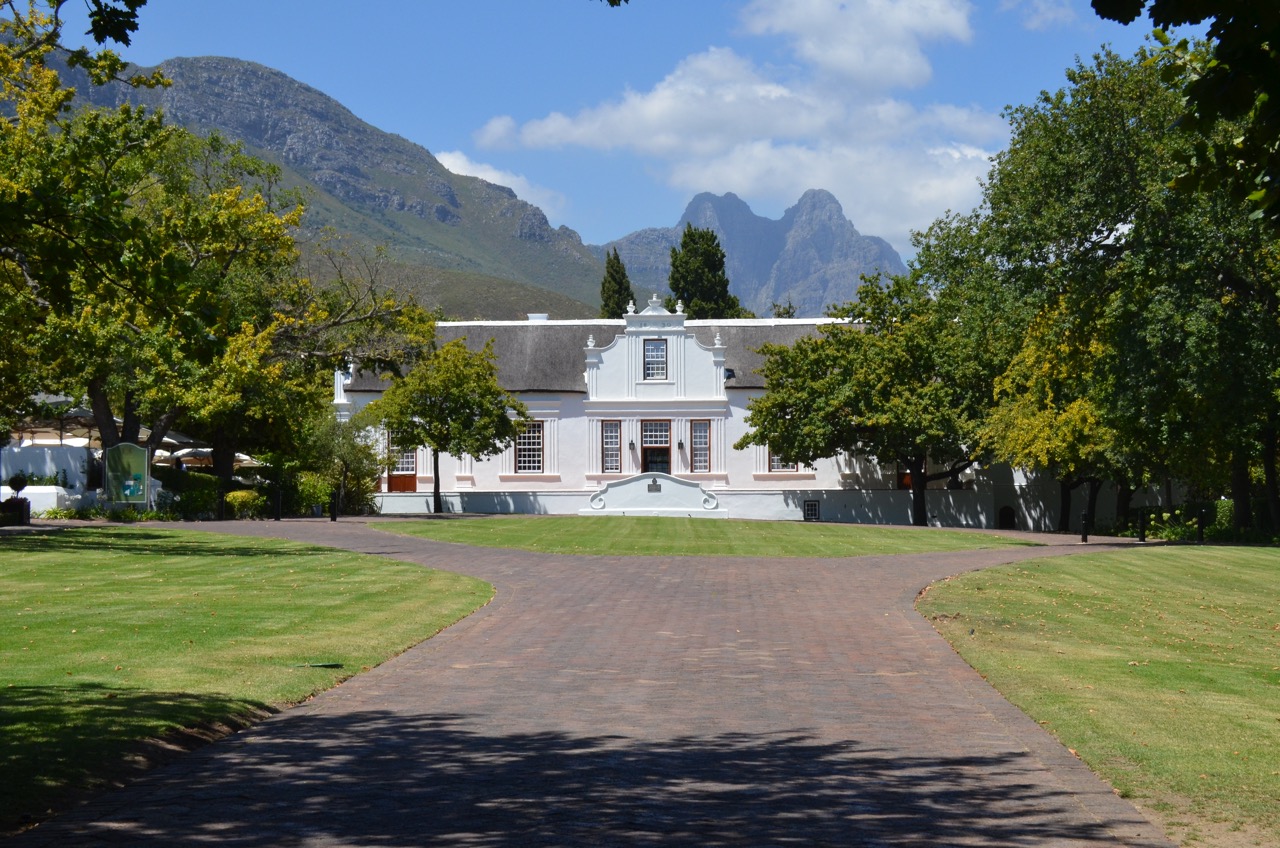 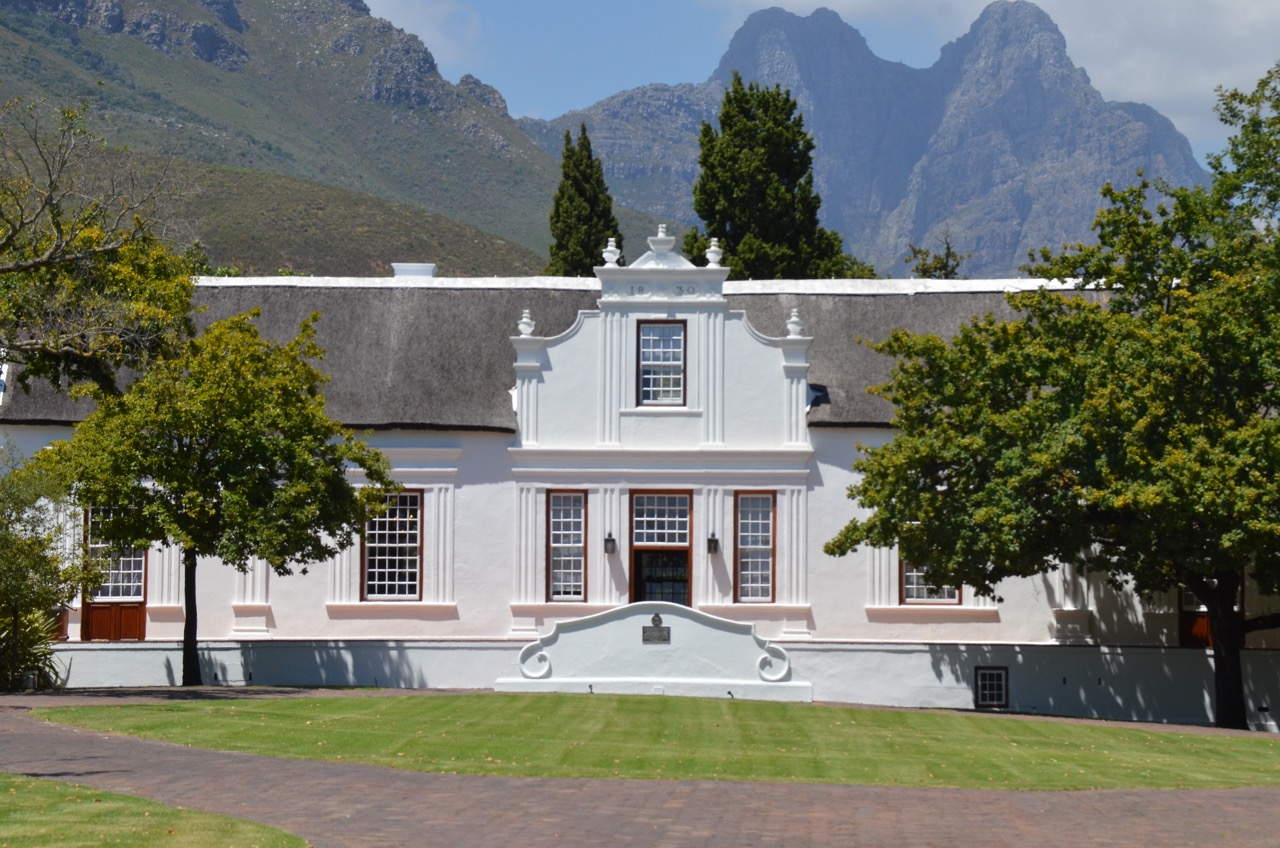 I have started work on a new Stellenbosch Kehilalink.

Have a look at our progress and add your photos and stories by emailing me eli@elirab.com The address is:

Gerald Potash has contributed a delightful report on the new shul hall:

The new hall at the Stellenbosch Shul

Stellenbosch has a small but vibrant Jewish community which operates a full functioning Shul and now with a new little hall to accommodate the religious chagim and other connected services.

Bev Zetler met me in Stellenbosch to tell me the story  of the hall a day or two after Yom Kippur and it goes like this:

Last year this time we started with the building of our new little hall.

Why? I asked. For the Yomtavim; we really needed a place to have a Brocha. You see, she went on, the old Hall has been let out and so has the old Cheder building (Die Skuinshuis, now an Historical monument and a fascinating slice of Stellenbosch history all on its own). The firms hiring from us are doing very well and need all the space we can let them have and so it was necessary to add to our requirements, she added.

The hall is built at the back of the Shul and can seat about 85 people.

Jeffrey  Zetler, the long-time Chairman of the congregation put his shoulder to the wheel and in about three months the old Sukkah was converted into a beautiful modern hall with all the necessary facilities.

The fact that our tenants were doing so well, and the fact that we had the funds encouraged us to build our hall, added Jeff.

The congregation is made up of about 12 families and they included members from Fransch Hoek, Simondium and Somerset West. Also Jeff pointed out that Stellenbosch attracts not only holiday makers but also academics who regularly visit this university town and the Jewish amongst them often support the services when they come to town.

The congregation accommodates about 20 religious men (and some wives and children) annually, at the high festivals, to assist with the services and that added to the need to have a place for them to eat and to congregate between services. When I enquired how long these “regulars” having been coming to Stellenbosch and I was surprised to learn that they have been doing that for about 15 years.

Most of “regulars” come from Cape Town but often they bring visitors with them and they are more than welcome.

A feature of the hall is the magnificent wall-hanging representing not only a religious theme but also a family with a Stellenbosch connection. Each square bears a family name that is meaningful to the community. Beverley tells me that she tasked the members of the community with one square each and eight months later with the artistic help of Brenda Wittenberg this is what emerged:

Stellenbosch is vibrant community that doesn’t miss a Shabbath or Yomtov.

They receive regular rental income and have no expense of a Rabbi and so a local,

There is, of course, a strong Zetler connection to the congregation and Julian Zetler did all the tiling at the hall, but an enormous influence is Gerry Rosendorff, (for years with his wife Bernice were the only Jewish couple actually living in the town) who keeps the place going on a daily basis and is most days in the vicinity checking, fixing or simply opening to show visitors the magnificent old Shul.

The hall has already been used for two weddings and a bar mitzvah and an Australian will be having his Bar Mitzvah function in this hall at the end of this year. Do pop in and come and have a look not only at the famous old Shul but the beautiful little hall at the back, when you are next in Stellenbosch.