Wojciech Konończuk met me at the Branicki Hotel in Bialystok at 8.45am and drove me to Orla, about 45km from Bialystok.

Wojciech is a researcher in Warsaw and has an Orla project involving me. He found me on JewishGen in November 2010.

My connection to Orla is my Zaida, Nachum Mendel Rabinowitz, who was born there in 1887 and left for Palestine in 1905. His father Avraham Yaakov Skareshevski stayed on in Orla, but eventually moved to Palestine.

Wojciech and I  were met at the synagogue by:

Darius Horodecki, a director of an elementary school in Orla

Radek Gebicz from Warsaw, a film maker and his assistant. 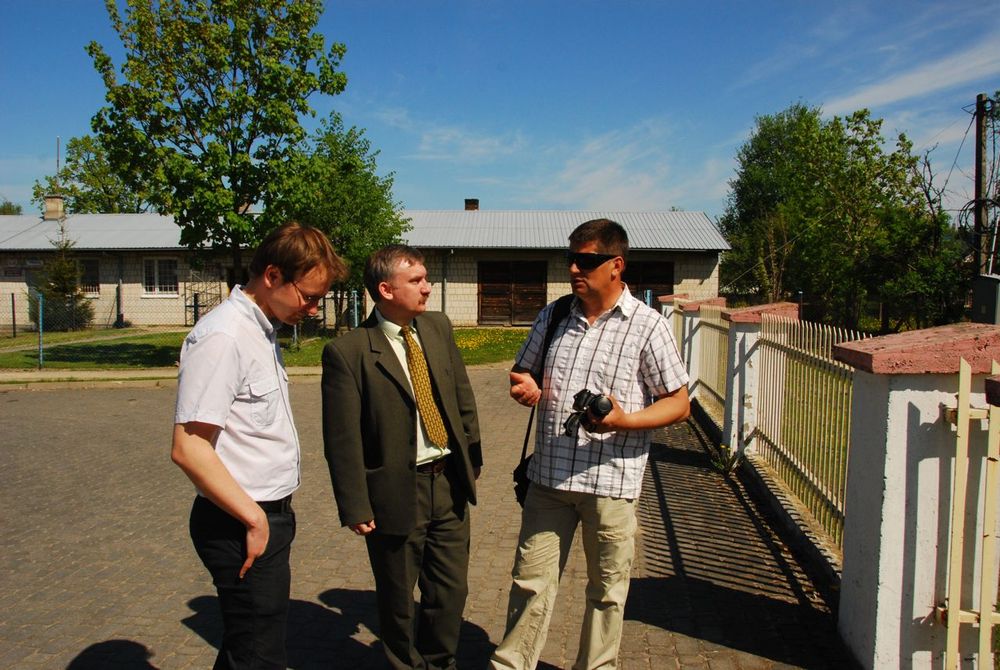 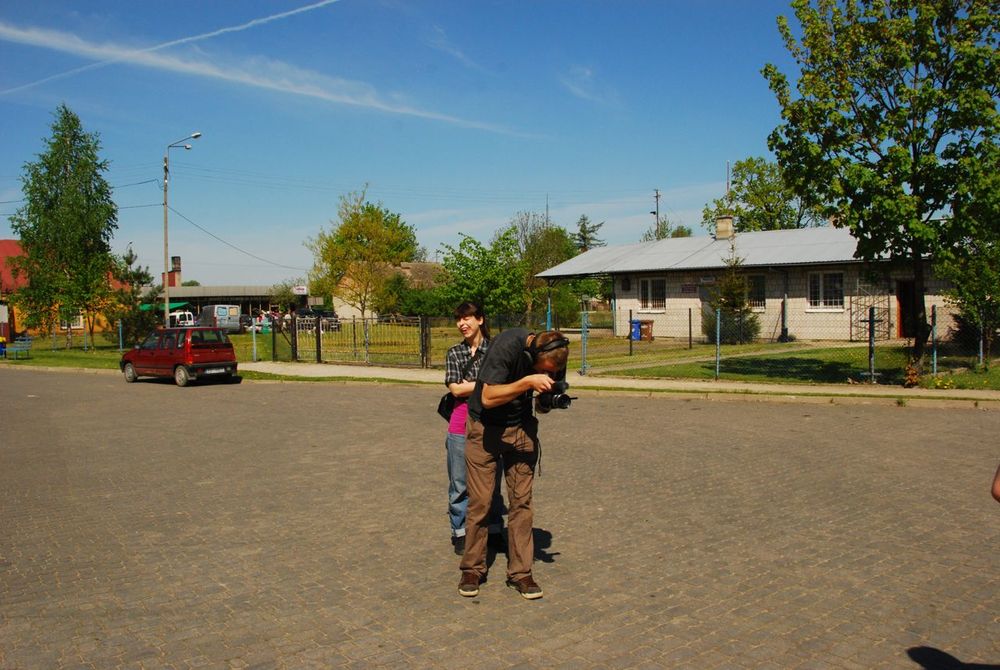 Here is the exterior of the synagogue 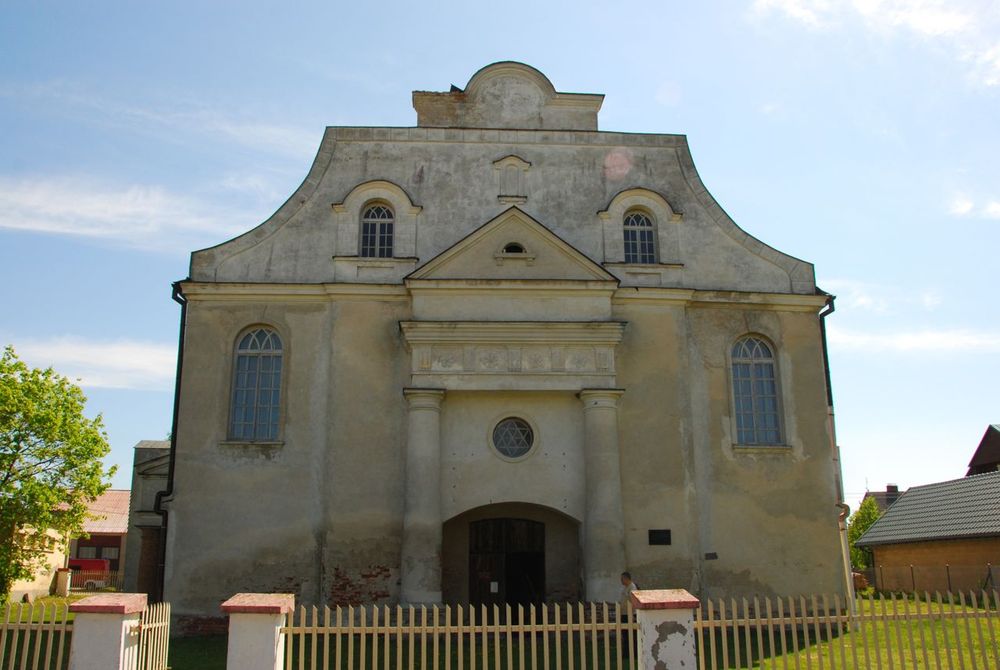 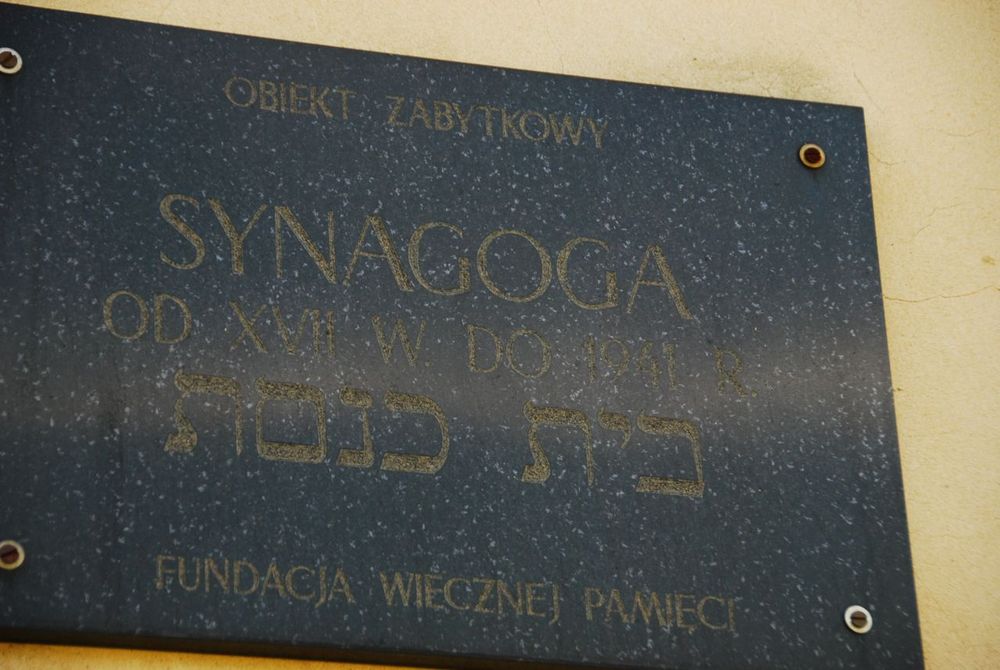 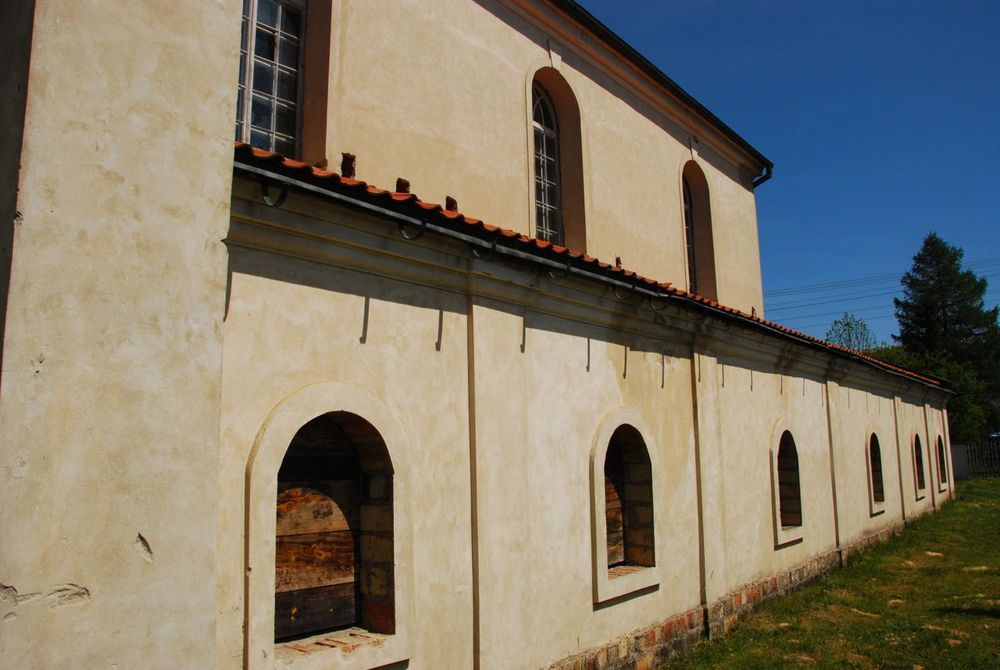 This is the interior. Note the deer (Zvi) on the  upper wall.

Posing for the camera

My copy of Arnold Zable’s Jewels and Ashes which  features Orla.

Showing my family files on my iPhone and iPad.

I played my Zaida bensching at (my sister) Sorrel and Gidon’s wedding in 1960 on my iPhone.

The significance of this was not lost on anyone present – we all listened intently.

There may be no Jews left in Orla, but the sound of Nachum Mendel Rabinowitz returning after 106 years made a powerful statement!

Listen to an exerpt:

Radek and his assistant wired me up and interviewed me asking me about my reasons for coming to Orla and my reaction and how I felt listening to my Zaida!

Now, you will have to watch the movie!

Wojciech and I leaving the synagogue, feeling that something very special had happened here today – long overdue for the Jews of Orla.

A 1920 photo of my great Uncle Moshe Rabinowitz (bottom left) with the children of the Orla Yiddish Folk School Class 2. This photo was recently found by my aunt Sarah Stepansky in Jerusalem.

The cover of the book given to me by the Vice President of Bialystok, Aleksander Sosna, born in Orla.

The cover of the book given to me by Tomek Wisniewski, well known journalist and expert on Jewish Bialystok.