The Pier at Middle Brighton 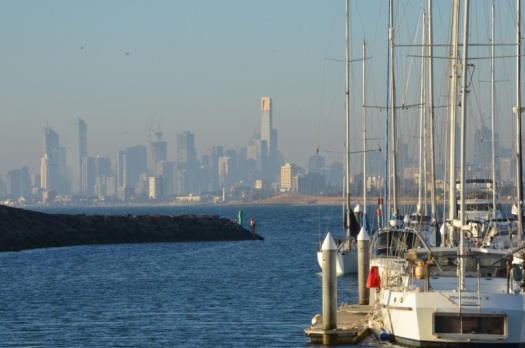 The walk to Dendy Beach 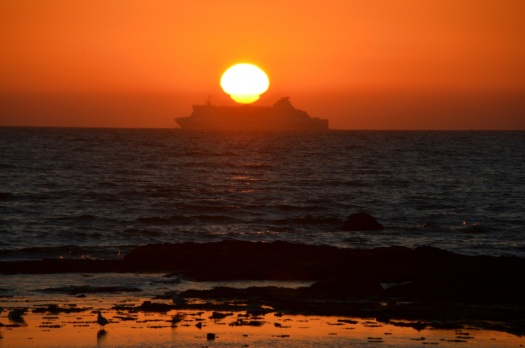 Brighton is a suburb of Melbourne, Victoria, Australia, 11 km south-east of Melbourne’s central business district.[2] Its local government area is the City of Bayside. At the 2011 Census, Brighton had a population of 21,257. Brighton is named after Brighton in England.[3]

The area he was compelled to take was bound by the coastline, North Road, East Boundary Road and South Road, called “Waterville”.[1] A town was surveyed in the mid-1841, defined by the crescent-shaped street layout which remains today, and subdivided allotments offered for sale. The area soon became “the Brighton Estate”, and Dendy’s site for his own home was named “Brighton park”. Unfortunately, the land did not have any ready sources of water. Sales were slow at first, and the financial depression came and Dendy’s scheme for emigration and land sales failed. The family of his agent Jonathan Binns Were (1809–85) who had arrived in Melbourne in 1839, bought the land. All of Dendy’s business ventures failed, and he died a pauper.

After the depression sales of land resulted in Brighton becoming the third most populated town in Port Phillip (after Melbourne and Portland), by 1846. Brighton attracted wealthy residents who wanted generous building sites and the prospect of sea bathing. By the late 1840s stately homes were built in an area known as ‘The Terrace’ now called the Esplanade overlooking Dendy Street Beach. The Brighton Post Office opened on 19 April 1853.[5]

A railway connection to Melbourne was built in stages: Windsor to North Brighton was completed in 1859 and connected to the loop line to St Kilda station; the connection to Melbourne was made in 1860; and the line was extended from North Brighton to Brighton Beach in 1861. A single line railway-tram from St Kilda to Brighton Beach was completed in 1906. The railway tramline was duplicated in 1914. In 1919 the railway was electrified. A tram ran down Hawthorn Road; the section from Glenhuntly to North Road was completed in 1925 and extended to Nepean Highway in 1937.

The noted bathing boxes in Brighton are known to have existed as far back as 1862, although the earliest ones were at the water’s edge at the end of Bay St[6] rather than their present location on Dendy Street Beach just south of Middle Brighton.[7] In 1906, the completion of atram line from St Kilda to Brighton led to an increase in applications for bathing box permits and significant construction between 1908 and 1911; final numbers are uncertain, but between 100 and 200 bathing box sites may have been allocated prior to the Great Depression.[6]As part of capital works programs during the Depression to help relieve unemployment, the City of Brighton, backed by State Government funding, relocated all bathing boxes to the high-water mark on Dendy Street Beach, or removed them completely. The boxes were relocated again in 1934 to their present position at the rear of this beach.[8]

Two years after the opening of the railway line to Brighton Beach in 1861, Captain Kenny’s Brighton Beach Baths opened.[9] At the time, bathing in the open during daylight hours was strictly prohibited, as was mixed bathing: separate sections of the beach were designated for men and for women. The baths were built off shore and were accessed by a wooden bridge, so that bathers would not have to cross the sand clad only in bathing costumes, but could gain entry straight into the water. Brighton Beach Baths had been destroyed several times, and were finally demolished in 1979. The Middle Brighton Municipal Baths were opened in 1881. The Baths are one of the only remaining caged open water sea baths in Australia.

Aftermath of the Brighton tornado of 2 February 1918. The most damaging storm in Melbourne’s history

Brighton houses some of the wealthiest citizens in Melbourne with grand homes, and the development of large residential blocks of land. On the beach, Beach Road is a popular cycling route, with the Bay Trail off-road walking/cycling tracks also following the coastline.

Dendy Street Beach, just south of Middle Brighton, features 82 colourful bathing boxes,[7] which are one of the tourist icons of Melbourne. The boxes share a uniformity of size and build, and a regular arrangement along the beach, and are the only surviving such structures close to the Melbourne CBD.[12] A Planning Scheme Heritage Overlay on the boxes by the Bayside City Council restricts alterations, and all retain their Victorian era architecture, such as timber frames, weatherboard sidings, and corrugated iron roofs, without amenities such electricity or running water.[12] The bathing boxes may only be purchased by residents paying local council rates, and as of 2008 were selling for prices in the range of A$200,000,[13] with annual council rates of around A$500, despite their lack of amenities.[14] In 2009 plans were announced to build at least six new bathing boxes in an effort by the council to raise funds in excess of A$1 million in light of the global financial crisis.[14]

Between Middle Brighton Beach and Sandown St Beach are the historic moderne Middle Brighton Municipal Baths, Royal Brighton Yacht Club, and the Middle Brighton Pier and breakwater.[7] North Road in Brighton features many old churches and residences. The North Road Pavilion is a popular cafe which has an outlook of Port Phillip Bay, while the beachfront features stunning views toward the Melbourne city skyline.

There are two cinemas in Brighton, The Dendy Brighton and The Brighton Bay.

0 Replies to “A Hot Summer’s Evening in Brighton, Victoria”